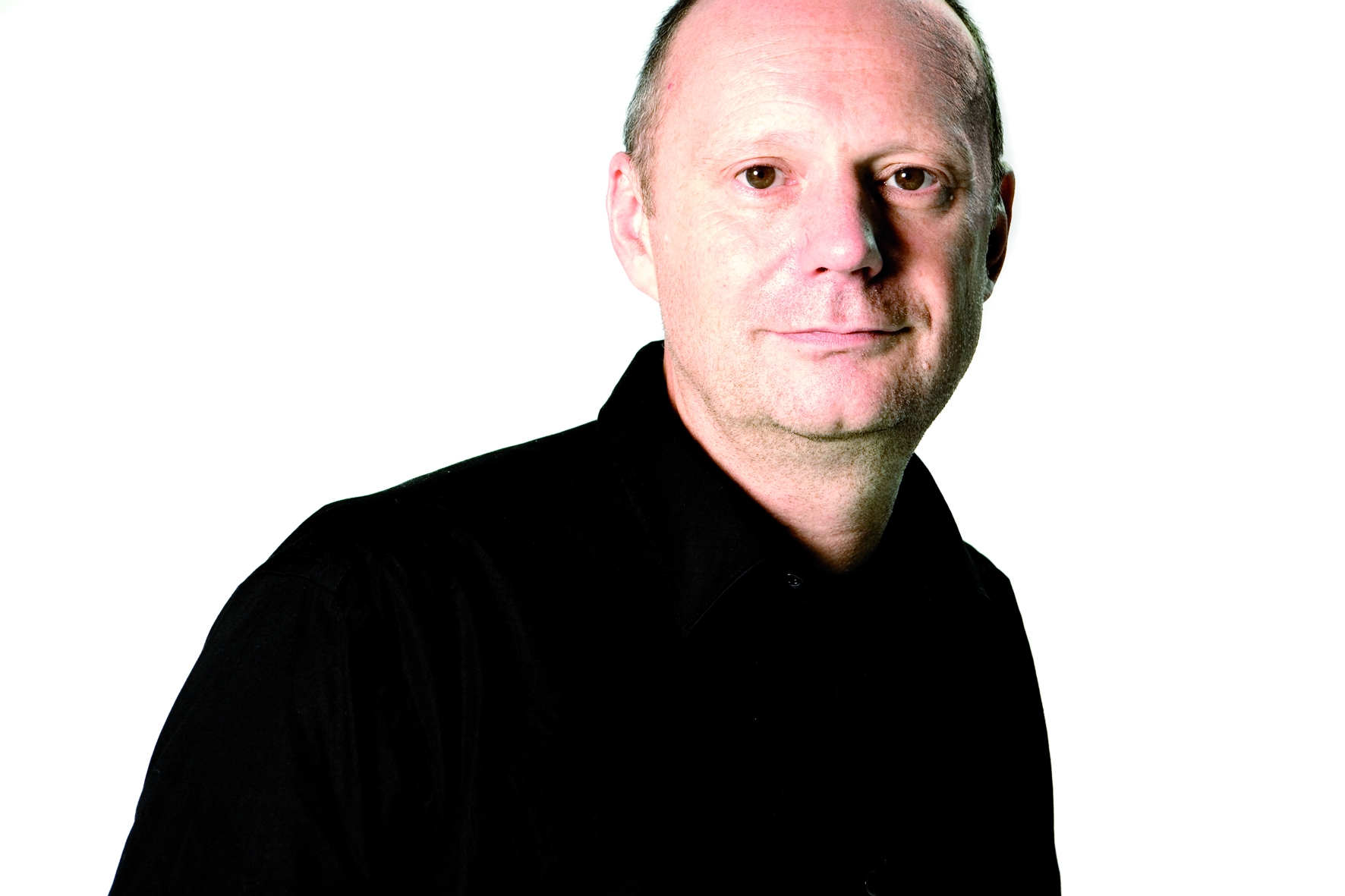 The first Russian words I learnt (after ‘da’, ‘net’, ‘na zdorovye’ and ‘Sputnik’) were perestroika and glasnost – ‘restructuring’ and ‘openness’. Then, in the second half of the 1980s, I didn’t know a single word of Russian and I only knew as much about Russia, or the Soviet Union, as anybody in the West who was interested in politics and engaged, but without any special connection to Russia, so not a lot. As a result I thought (and I think today that I was part of the mainstream with this idea) that perestroika was more important than glasnost. That was of course absurd. Of course, the prerequisite for the reconstruction was the new openness: the slow step by step lifting of taboos, at first rather more guided from above than demanded from below. However, restructuring was necessary and precisely for that reason some of the leadership of the Soviet Union, together with the new general secretary Mikhail Gorbachev at the helm, had decided to implement it.

What was originally an attempt to break (or at least to circumvent) the inner resistance against changes inside the Soviet state apparatus with help from the political decisions of excluded people (not yet ‘society’) quickly got out of control. Every taboo abolished by the state (which predominated at first) or broken by the people (as was increasingly the case later) at that time – now already thirty years ago – generated significant public resonance. There was a quite clear overwhelming desire for knowledge (‘we want to know’ was one of the most used slogans in 1987/88 in the now possible demonstrations and meetings beyond party control), and a somewhat more emotionally expressed desire for truth.

In contrast in Russia today there are many truths, but to recognize them scarcely changes anything. While thirty years ago the things coming to light were greedily absorbed by people, there was literally a great thirst for truth and knowledge, today even the most scandalous information about the powerful in the country fizzles out with nearly no effect. Then people wanted to talk about the past, which until then had been hushed up and concealed, even, and above all, about everything which hurt, about the black stains of the past: namely about the (Stalinist) terror, about the corruption in the power-elite, and – because it was then current and blazing – about the war in Afghanistan and its dead (Soviet soldiers). Today this desire is nearly extinguished. Hardly anyone wants to know any more bad things about the past, even their own. On the contrary a widely spread need for positive self-assurance, fuelled by the state, prevails. Patriotism, President Putin says, is the ‘only possible national idea’ for Russia and he earns great approval for this.

This reversal didn’t happen suddenly. From the beginning it was a part of the strengthening of the ‘power vertical’ declared by Putin on his inauguration as president, which involved putting the genie of openness back into the bottle. Only by doing this, he argued, could the country be protected from disintegration. Bit by bit, more and more in Russia was once again declared secret, not permitted, and dangerous for the state. Bit by bit, at first slowly and then ever faster, the doors to the archives were closed again and the taboos returned. The state was once again the initiator and the driver. But once more this reversal also met a desire in the population. The state (and the people) were thereby not only, and perhaps not even as a first priority, concerned with the need to conceal once more what was bad in the past, but rather to give the past overall a new positive meaning. However, this does not happen through intensive consideration, and thus a thoughtful and emotional comprehension, of past crimes, but instead by relativising them and thus, in time, suppressing them. The monsters were banned. But they remain.

This is a two-way process. Alongside the resurrection of old taboos, numerous new ones are also emerging. The old ones mostly have something to do with admittedly traditional, yet not in the least old-fashioned, techniques of mastery/control, namely above all with regard to the secret services. The new should not just safeguard the leadership, but serve rather more to conceal the contradiction between, on the one hand, public welfare as maintained by the Kremlin and, on the other hand, the shameless money grabbing by the new state elite and their political incompetence.

Some of the taboos are established by law or will be set into law. Sometimes the new laws are targeted, like for example the so-called foreign agents law. Often it isn’t at all clear at the beginning what purpose a new law has or should have. But the laws are – as they call it in the military – for dual use, so they can be used in one way (according to the constitution) as well as in other ways (unlawfully). A good example is the “law on the fight against extremist activities”. From the outset it has been applied on the border between terrorism and political extremism. The state prosecution and courts classify (almost) everything that stands in opposition to the Kremlin as extremist. How far the Kremlin had moved in that direction up until a few years ago is difficult to say; often it only became apparent what a new law could be used for through its practical application. After the protest winter of 2011/2012 more than 30 new laws have been created, the main purpose of which has been from the beginning to restrict the political opposition.

The limits of what is allowed – the limits of taboos – have thus been made more restrictive since 2000. Taboos need to be understood, though. Given that the leadership of the state continues to insist that Russia is a democratic state founded on the rule of law (except for some particularities associated with ‘Russianness’ or a mythical ‘Russian national character’) and given that – according to surveys, at least – the majority of people in the country continue to believe that this is the case, many taboos can simply not be named as such. No one in high office can suddenly announce that person A is allowed to get rich through corruption while person B is not allowed to protest about it, although everyone (despite the overwhelming propaganda of the last few years) knows it’s true.

But people watch carefully, of course, and listen to exactly what is and isn’t allowed. This knowledge is part of surviving (and prospering or otherwise). Knowledge needs to be learnt. Viewed in this way, people in Russia are attentive pupils.

The first week in December last year was particularly instructive in this respect. Two events in that week stood out (and not only for their links to taboos). First, Alexei Navalny, the politician and anti-corruption campaigner, released a film about the corrupt business affairs of the sons of Yuri Chaika, the Prosecutor General of Russia, and their connections with one of the most brutal criminal gangs in recent Russian history. A few days later, the opposition activist Ildar Dadin – the first person convicted under a recently passed new law – was sentenced to three years’ imprisonment for ‘repeat’ offences: having picketed without permission and been fined small sums for doing so.

Several days after the video was made public, Putin’s press spokesman, Dmitry Peskov, commented on Chaika, saying that nothing in the video was new or interesting for the Kremlin. In short: the Kremlin knows that people steal and commit murders, but doesn’t mind as long as it’s done by its own people, the right people. However, as the Russian proverb says, “Everything is for your friends, and the law is for your enemies”, and anyone who – like Ildar Dadin – exercises their constitutional right to protest against state decisions (including the decision not to investigate certain crimes) risks being arrested.

The most conspicuous aspect of the start of December was the fact that these two events came at the same time. Either of them on its own would not have been anything in particular. There were rumours that the head of the State Investigative Committee (a sort of Russian FBI), Alexander Bastrykin had connections to a ‘Russian mafia’ in Spain. According to information published by Wikileaks, the suspicion is that the Russian state employs organised crime groups for its ‘dirty work’. The head of the Chechen republic, Ramzan Kadyrov, barely conceals his calls for opposition politicians to be shot. The children of many high-placed politicians, such as the daughter of defence minister Sergei Shoigu, amass great fortunes at a young age or are in managerial positions in state-owned companies. Recently, even President Putin himself was associated with systematic corruption in a US Congress investigative report. The Kremlin responds with a shrug and the judiciary mostly takes no notice of these allegations at all.

On the other hand, the number of political prosecutions and political prisoners is increasing. According to data collected by human rights organisations (e.g. by Memorial or by the Union for Solidarity with Political Prisoners), at least 59 people are currently being held for political reasons in Russian prisons and camps. Approximately 24 more people are in addition being investigated by the Russian justice system for political reasons.

To a large extent, people in Russia know all this, but protest is limited to a small group of the population. Most people prefer to take barely any notice of this sort of information, or if they do, it doesn’t lead to action because it merely confirms for them what everyone knows anyway: yes, there are people who steal and commit murder. Yes, public prosecutors, politicians, police officers and civil servants do this. Yes, they do it in association with real bandits. No, we can’t do anything about it.

President Putin assumed office 16 years ago with the express purpose, as I have said above, of creating a strong, vertically integrated state which would be able to withstand the great centrifugal forces of the 1990s following the break-up of the Soviet Union. He correctly identified a concern which was shared by a broad swathe of the population. To achieve this, the administrative apparatus needed to be brought under control and made more effective (one of Putin’s favourite words). Corruption was to be combatted and the regional elites were to be made subordinate to Moscow’s will again. At the same time, democratic freedoms and citizens’ rights to participate in politics were gradually cut back beyond recognition. Most people accepted this, believing that the end justified the means. The outcome, though, is a fragmented state ruled by a profoundly corrupt bureaucracy – a state which, after its peak in the first decade of the 21st century, is now disintegrating again.

In as far as the law was applied in the 1990s and at least in some areas (especially in civil and commercial law) in the first Putin years (that is, in a rather sluggish manner), it has increasingly been replaced by what Russians call ‘zhit’ po ponyatiyam’ (which means something like ‘living by a code of honour’). That means the unwritten, but totally fixed, rules of the Russian criminal world. They have a tight hold on the country.

It almost looks as though the country has travelled back in time to the mid-1980s.