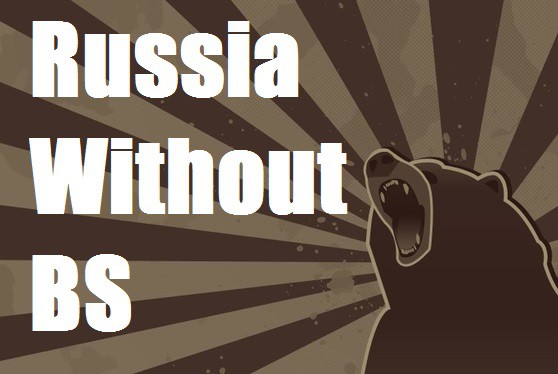 I’ve spent a lot of time making fun of Russian propaganda on this blog, but you don’t really get the full picture if you don’t set the Kremlin’s propaganda machine in its proper context, that is to compare it to the propaganda of other countries. Advances in social media have made it possible for governments which are either minor players or barely players at all to disseminate their own propaganda. For example, this video exposes the dastardly lies Fake News Vice has spread about the small country of Eritrea:

I’ve watched some of the Vice documentary they’re talking about and while I’m not in any way qualified to comment on the state of human rights in Eritrea, I do think the country’s information ministry or whoever probably would have done better to ignore Vice News’ documentary so as to avoid the so-called Streisand effect.

This case brings up an interesting point about Russian propaganda- it’s logical, in the sense that Russia has a very good reason to run a state propaganda machine. Despite having an economy roughly on par with Italy or Spain but with much lower standards of living, nobody can deny that Russia is a major regional geopolitical power and it can project its influence far beyond its borders. So far, in fact, that it is able to cause mental breakdowns in people living on the other side of the world:

America doesn’t just have a problem with the alt-right.

It has a problem with the alt-left.

It must be fixed. pic.twitter.com/bUWItMFv0G

Given Russia’s global position and its domestic situation, you can totally understand why it needs to think about projecting soft power worldwide. There is no reason why the government of Eritrea should waste money on soft power. Even countries that are up and coming regional powers are probably wasting money on their global soft power initiatives. For example, take a look at this pro-Turkey flashmob that took place in New York’s Times Square:

What was the point of that, you ask? Apparently it was to reconcile Turkish-Armenian relations regarding remembrance of the Armenian Genocide, that thing which the Turkish government still denies ever happened. To be sure, it was apparently organized by an NGO, but it’s an NGO whose activities just happen to line up with the interests of the Turkish government.

Whatever the case, I can’t imagine how this is going to have even the slightest impact on Americans. It took Russian interference in the presidential election just to make a significant amount of Americans actually care about Russia, and that’s a country with a huge nuclear arsenal and a 40-year historic rivalry during the Cold War. Turkey has zero chance of making any kind of significant impact on the thinking of a significant percentage of Americans. It might as well be Eritrea.

Secondly, waving any flag with a crescent moon and star on it in Times Square is most likely to piss off a large segment of the American population, known as the “Afraid of their own shadow” demographic. I wouldn’t be surprised if there were comments about this video claiming that “THESE MUSLIMS ARE CELEBRATING BLOWING UP THE TOWERS!!! HAVE WE FORGOTEN?!” No, if Turkey wants to have an impact they ought to try something more effective, like slipping their message into popular culture venues. The Avengers: Infinity War is going to be in two parts, so there’s still probably time to hand over a shipload of money for some subtle messaging in the film. Here’s a hypothetical example:

Hey Tony, you look pretty preoccupied with something over there.

Oh hey Cap, I’m sorry I was just thinking about what happened in the eastern Ottoman Empire around 1915.

You mean the Armenian geno…

…cide? That’s just it. I’m not sure genocide is the best word. After all, many Muslim civilians living in the area also suffered atrocities at the hands of Armenian nationalists.

I get what you’re saying. A real hero has to see both sides of the story.

This teaches us a second lesson about Russian propaganda. As easy as it is to make fun of, in comparison to what else is out there it’s actually pretty well-constructed. The best equivalent to Russia in terms of geopolitical power is China, and their soft power is laughably bad. In case you haven’t caught it here before, I present to you a case study:

Just so I’m not being unfair, here’s another video from the same channel I’m including because it’s the top video on the channel’s page and it appears to be using part of the soundtrack from The Rock (I’m totally sure they paid Hans Zimmer to use it).

There’s also CCTV, a channel I have only actually watched while in a hotel in…China. To CCTV’s credit, they did produce a very interesting series of documentaries about the major African independence leaders, or at least the idea seemed interesting before I actually started watching them.

I’m not an expert in documentary film making, but as a long-time viewer I have to say these were some of the most boring ones I’ve ever seen. One of them also has a rather hilarious title:

By comparison. Russia’s foreign-language propaganda is far more logical and effective. Logical in the sense that it has a clear goal and it works towards it, effective in the sense that it reaches a certain audience, even if that audience is in fact very small. The Russian strategy is incredibly simple- find out what extremists in various nations are talking about, then regurgitate and amplify the signal. They give a platform to fringe elements and produce content that said elements will happily cite to bolster their own credentials.

We can argue about the overall effectiveness of Russian propaganda in terms of achieving the Kremlin’s goals, and we can certainly note how much money the Kremlin spends for so little in return, but one thing is for sure- they’re not totally pissing money away on nothing like China, Turkey, or Eritrea.

It makes you wonder how much more effective they would be if they ever learned from the US or the UK and granted editorial independence as they once did to a few select outlets like The Moscow News or RIA Novosti’s English service (the former was part of the latter). I doubt we’ll see this happening any time soon however. In the minds of the people at the top in the Kremlin, there is no editorial independence with the BBC, VOA, or RFERL. As always, they make an a priori assumption that their opponents already do the morally-questionable thing they want to do so as to justify it to themselves.

Still, when we step back and look at the wider picture, we see two things. The first is that Russian propaganda, as amateurish as it seems some times, is probably one of the best-produced forms of soft power in the world today when viewed in comparison to the rest. We also see that more and more countries are getting into the soft power game, and it’s interesting to think who might be inundating Youtube with pro-regime propaganda. Zimbabwe? Equatorial Guinea? Myanmar? 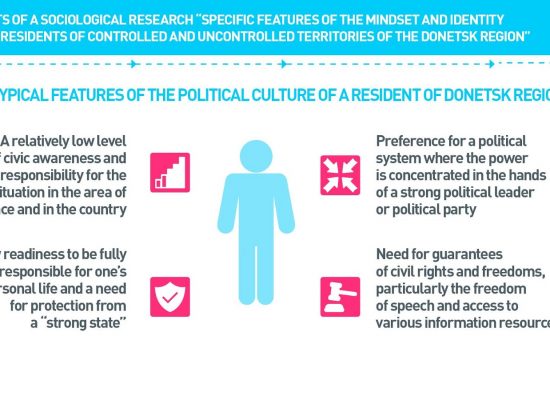 Only 18% identifies with Kremlin-backed “DNR” – survey 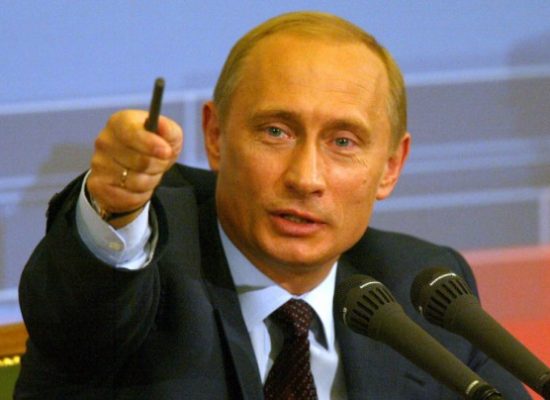 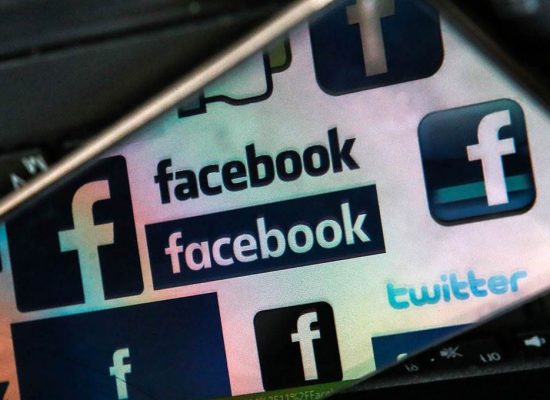 Six Features of the Disinformation Age 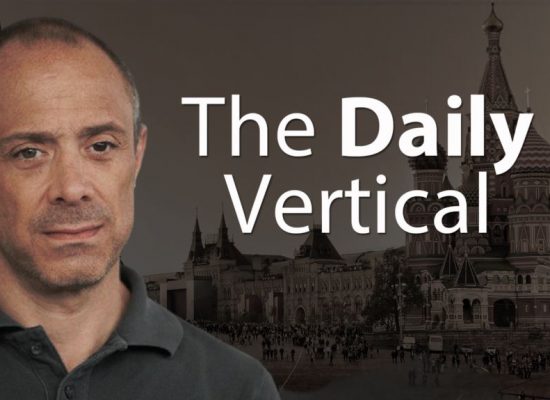 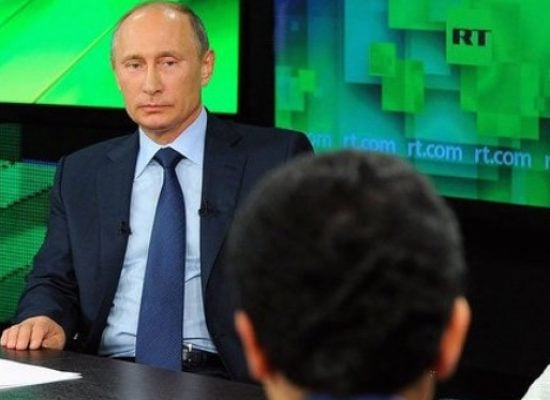 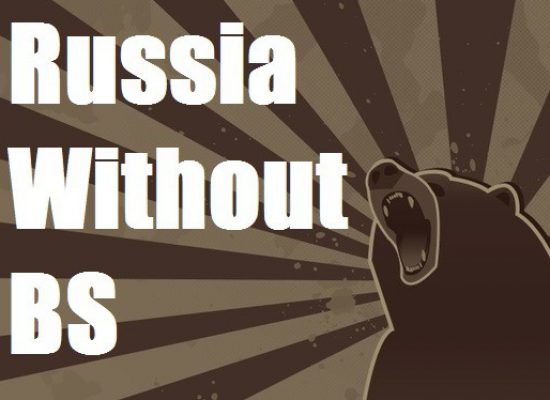