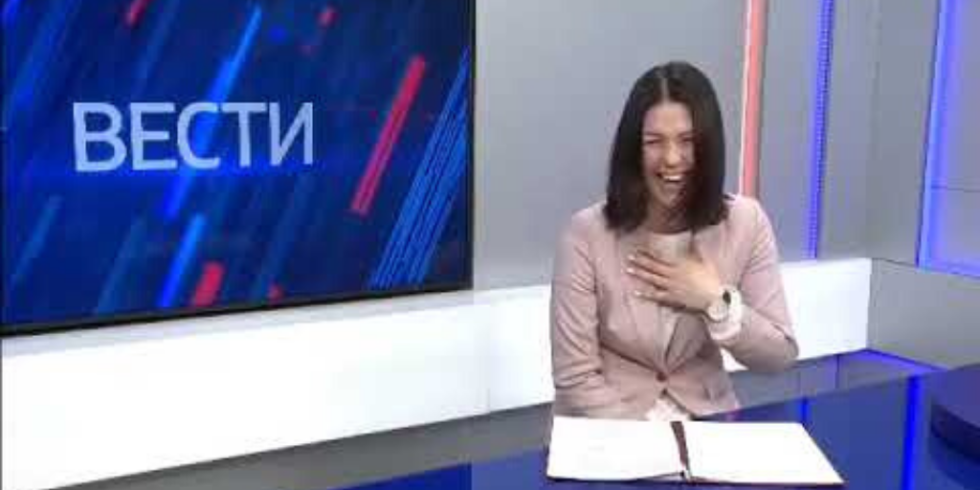 February has been a good month for those Russians who want to push back against pro-Kremlin disinformation.

Propaganda narratives have been challenged in a series of articles and videos, often coming from the hands of investigative journalists and other members of Russia’s civil society.

The preferred approaches in the response to the propaganda continue to be independent journalism and laughter.

Russian satirist Alexander Thorn, who uses YouTube and other social media platforms to reach his audience, produced a parody of Dmitry Kiselyov – one of the most notorious propagandists on Russian state TV.

Mr Kiselyov has earned himself a personal EU sanction as “a central figure of the government propaganda supporting the deployment of Russian forces in Ukraine”.

Earlier this week, the independent Russian online outlet The Insider teamed up with Bellingcat and Der Spiegel, presenting a meticulously researched report, which tied the murder of a Georgian citizen in Berlin’s Kleiner Tiergarten park to the FSB, one of Russia’s security services.

The Insider has worked together with Bellingcat in exposing the Kremlin’s responsibility in the MH17 case as well as the Skripal case in Salisbury, UK.

“The laughter is with us”

Independent journalism plays a central role in the response of Russian civil society to the pressure coming from the dominating state-controlled media.

At the same time, satire and laughter have the ability not only to go viral, but also to expose disinformation and propaganda as vulnerable and weak.

This was confirmed by another video which went viral in February: a recording showing a news host on Russian state-controlled TV who cannot help laughing when she tries to read a news report about the, admittedly, modest pensions and social welfare made available to citizens in need in the Russian region of Kamchatka.

Watch the Russian news host struggling not to laugh at a pro-government message, which is included in her script on state-controlled TV.

Commenting on this video in an article published by the independent online outlet Republic, the Russian journalist and propaganda expert Andrei Arkhangelsky discusses the role laughter can play as a response to propaganda and disinformation:

“The happy report about […] benefits and pensions is not credible, even among the performers of propaganda themselves – not to speak of the audience. The entire aura of perfection crumbles from five minutes of laughter. Of course, the presenter will calm down now and re-read everything, without errors […]; soon everything will be forgotten and, God willing, she will continue to work there and do the same thing. And from all of this, it is only her laughter that will be left in our memory  – from which, however, there is no escape; it is already something that with us, as part of the recent history of Russia”.

Read EUVSDISINFO’s interview with Andrei Arkhangelsky, “Propaganda Must be Opposed by the Language of Values”.

Finally, February 2020 was also the month when Russians watched and discussed a video showing how fellow-citizens react to seeing a portrait of President Putin as they enter an elevator.

Russian prankster and YouTube blogger Bashir Dokhov recorded the reactions of Russians who were confronted with a photograph of their president in the elevator of a residential building.

As the video shows, Russians were not exactly in awe of the pompous portrait of their country’s omnipresent president. The video went viral not only in Russia, but also in numerous international media outlets.