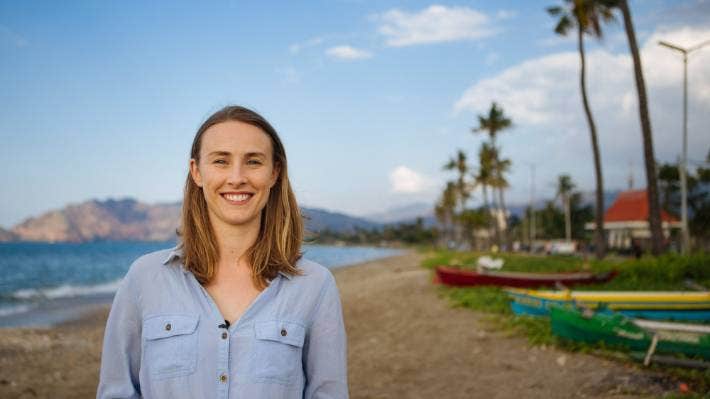 By Brittney Deguara, for Stuff

A Kiwi freelance journalist was unknowingly caught up in a Russian misinformation campaign disguised as a global news organization.

Laura Walters, a former Stuff reporter living in the UK, wrote an in-depth article for Peace Data – an online not-for-profit media outlet – about New Zealand after a representative contacted her over LinkedIn with an offer of work.

However, the outlet, which says it aims to raise awareness about corruption, is believed to be a front for a group of Russian internet trolls who reportedly interfered with the 2016 US Presidential Election.

A few emails were exchanged between Walters and a Gmail account for a representative named Alice Schultz. The email thread Stuff saw appeared normal on the surface – Walters pitched a few ideas and Schultz chose a topic of interest: The issue of Chinese foreign influence in New Zealand.

The story was published in June – her byline has since been removed – alongside similar political and social justice commentary and investigative articles from journalists around the world.

Looking back, there were a few red flags, Walters told Stuff.

“The fact that they didn’t get their URL correct on a few occasions … [is a] bit bizarre for a website starting out.”

A few “Easter eggs” also appeared to have been dropped throughout their correspondence.

Schultz wrote in an email: “It’s hard to believe how totalitarian countries like China (or Russia) are finding their ways to meddle even in the strongest democracies around the globe.”

SCREENSHOTPeace Data was promoted as a not-for-profit media outlet but is reportedly a Russian internet scam.

Walters admitted that she should have looked into the website in more detail before agreeing to write for them, but she had no reason to question its validity at the time. Having lost full-time work during the Covid-19 pandemic, she was eager to take up the offer.

“I was obviously a bit naive I guess, at the time I didn’t have any reason to suspect anything or look deeper.

“You have to operate on a basis of trust to a certain degree,” she said.

The scam was publicly uncovered by Facebook after it received a tip off the FBI over the network’s off-platform activity.

Facebook launched an investigation and uncovered a collection of 13 accounts and two pages linked to the Russian Internet Research Agency (IRA). The platform identified and removed them before they could build an audience and engagement.

The network was linked to past activity by the IRA in the US, UK, Algeria and Egypt, Facebook’s Coordinated Inauthentic Behaviour (CIB) report explained. The accounts and pages were removed for violating Facebook’s policy against foreign interference.

The August report found those behind the activity relied on fake accounts to create “elaborate fictitious personas” which they used to manage pages, post in groups and direct people to the website.

The CIB report found the IRA hired freelance journalists in the US and the UK to write content targeted at left-wing audiences. Journalists were paid to write politically-focused articles for the website and were in communication with “editors” who are believed to be fake.

“They recruited unwitting freelance journalists to write on particular topics in English and Arabic,” the report read.

Articles published to the website focus on politics in the US and UK, social justice issues, systemic racism and Covid-19.

Walters, who works for Newsroom, wrote one article for the website titled: Chinese state interference – a chink in New Zealand’s armour. When speaking with Stuff she labelled the whole scam “quite sinister”, but was relieved that it was caught in its early stages.

The social media giant claims the social networks were working towards becoming authorised to share political advertisements in the US.

Twitter also suspended five accounts linked to Russian state actors for platform manipulation. It described the accounts as “low quality and spammy”, and noted they were identified and removed quickly.

Links to Peace Data’s content will be blocked from the platform and existing links already in circulation will be “de-amplified”.

Peace Data has responded to Facebook’s report and the numerous articles published by global media outlets.

“Facebook baselessly accused us of working with Russia. Moreover, we were called the Russian Trolls,” a post from the “Peace Data Team” read.

The post took aim at Facebook’s chief executive Mark Zuckerberg as well as the company’s head of cybersecurity policy, Nathaniel Gleicher​. An earlier post from the news outlet said the team was shocked and appalled by the coverage they labelled “an ugly lie”.

“We assume this whole operation could possibly be a sham performed by the FBI to demonstrate their ‘hard work’ and justify millions of taxpayers’ dollars spent on the expensive actions of ‘combating foreign influence’.”

Having read the retaliation posts, Walters noted they were written with a lot of conspiracy theorist language.

Speaking with Reuters over email, an associate editor of the website – who identified themselves as Bernadett Plaschil​ – said they were confused by the accusations and deny all of them. Reuters noted Plaschil refused to speak to them via phone or video call.

Peace Data’s ‘About us’ section sent Stuff to a “page not found” screen. However, a sidebar explains that the company’s goal is to “shed light on the global issues and raise awareness about corruption, environmental crisis, abuse of power, armed conflicts, activism and human rights”. It claims to share stories that are usually “kept hidden from the general public”.

After Walters was contacted by Reuters and realised she had been scammed by the fake news organisation she decided to get in touch with Schultz only to find her LinkedIn account had been removed. Schultz also never responded to Walters’ email.

Instead of getting mad or upset, Walters is using the experience as a teaching moment.

“It’s a funny dinner party story,” she told Stuff. “You live and you learn.”

While she sees the humourous side to the whole situation – she never thought that she ever would play a part in an apparent Kremlin-backed political meddling campaign – she’s aware of the impact it could have had.

“These things are very real, and they target real people. We need to be aware.”

The experience hasn’t scared Walters away from freelancing, but her approach to working with minor news companies has changed.

“This kind of stuff goes on and it’s worth digging into who people are.”

She hoped by putting her name and face to the story, people will be more cautious online and educate themselves on the growing issue of misinformation.

By Brittney Deguara, for Stuff