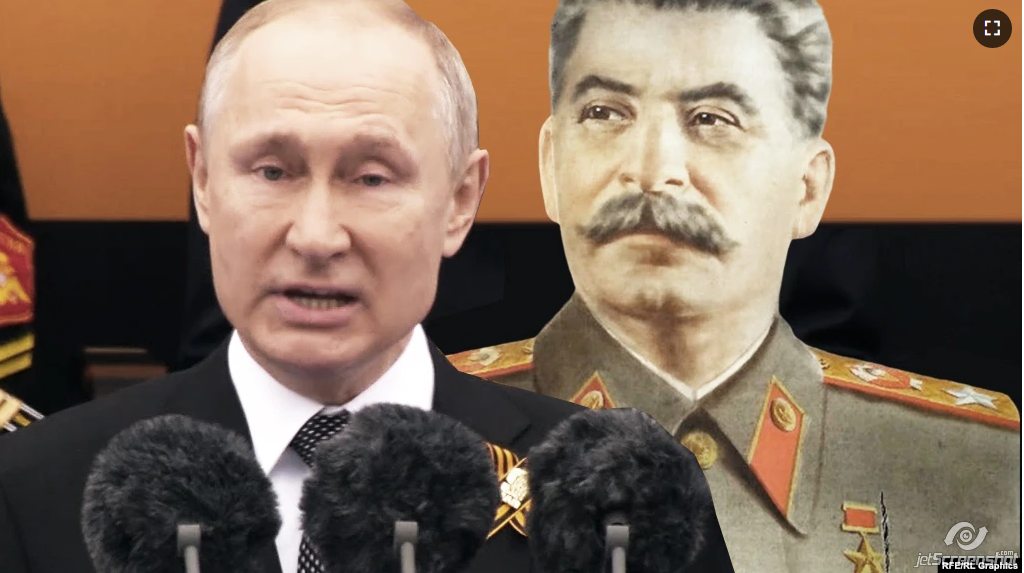 As his war against Ukraine falters, and against the backdrop of Ukrainian forces’ liberation of Kherson, Russian President Vladimir Putin has no other choice than to increase repression at home and abroad. On November 2, on the Telegram channel Nezygar, which is associated with the Russian Presidential Administration (Proekt.media, November 28, 2018), a post appeared from Center for the Settlement of Social Conflicts Director Oleg Ivanov “about political emigrants conducting anti-Russian activities” (Tgstat.ru, November 2). In it, the pro-Kremlin analyst laments that a “fifth column,” although having left the country, “continues to actively conduct anti-Russian activities from abroad.”

Ivanov linked his statements to the opposition’s Congress of People’s Deputies, which took place in Poland between November 4 and 7, at which former and current Russian deputies who do not support the Kremlin’s all-out aggression in Ukraine gathered. Also numbered among “enemy” actions is the Free Nations of Russia Forum, and practically all well-known Russian oppositionists were counted among the traitors, including Garry Kasparov, Mikhail Khodorkovsky and Ilya Ponomarev.

Since, in Ivanov’s own words, “anti-Russian poison continues to circulate in our society,” he called on the Russian intelligence services to “initiate criminal cases for treason, put traitors on the wanted list and submit requests for extradition to Interpol.” As for the most active opposition, the author’s advice is “to remember the precepts of famed Soviet intelligence officer Pavel Sudoplatov.”

Ivanov is referring to the chief of the intelligence services of Joseph Stalin’s NKVD, later the MGB (Soviet Ministry of State Security), which oversaw “the execution of acts of terror and diversion.” Sudoplatov was the main organizer of overseas political assassinations during Stalin’s reign (Novaya gazeta, August 7, 2013). For his part, Ivanov, who is calling for the NKVD-style murder of Russian dissidents living abroad, is quite popular in Russia’s information space. He appears periodically on television and is cited by the main propaganda media outlets. And his services are used regularly by analytical centers close to the government (M24.ru, April 1). For this reason, such appeals are impossible to ignore.

In fact, the murder of regime enemies overseas is nothing new for Moscow, but until now, it concerned mostly defectors from the intelligence services, such as Sergei Skripal or Aleksandr Litvinenko (Bbc.com/Russian, March 13, 2018). During the “ricin scandal” in the spring of 2020, allegations appeared suggesting that Russian authorities were planning to murder several Czech municipal employees and the leaders of the Russian opposition in Prague. At the end of April 2020, the Czech publication Respect reported that, for this purpose, a man carrying a diplomatic passport appeared in Prague with a suitcase filled with the deadly poison (Radio Free Europe/Radio Liberty, May 11, 2020). Later, the Czech media reported that the acting head of the Rossotrudnichestvo (Federal Agency for the Commonwealth of Independent States, Compatriots Living Abroad, and International Humanitarian Cooperation) representative office in the Czech Republic, Andrey Konchakov, inter alia was suspected (Ceskatelevize.cz, May 17, 2020)

In the aftermath, the Czech authorities revealed that key information about the assassination attempt was being questioned due to the false accusation of one diplomat against another (Kommersant, June 5, 2020). However, the first Czech journalist to report on the attempt, Ondrej Kundra, still believes in the authenticity of the information he reported. He assured the author of this article that, if the information received was indeed true, the Czech police would continue to investigate the incident (Parlament.ua, April 22, 2021).

Regardless of whether the information on the assassination attempt was true or not, Russian propagandists have always denied Moscow’s involvement in “active measures.” Yet, at the time, these propagandists were afraid to openly call for assassinations on foreign territory, even of defectors, not to mention dissidents. Now, they openly appeal for a return to the “precepts of Sudoplatov” on pro-government Telegram channels.

Such behavior, for all its odiousness, is quite understandable. In October 2022, Russian publicist Alexander Arkhangelsky drew attention to the growing criticism by propagandists and social activists against the authorities in Moscow (Carnegieendowment.org, October 6). Indeed, not only Russian military correspondents but also top propagandists have begun to engage in such criticism (Vesty.co.il, October 3). The head of Chechnya, Ramzan Kadyrov, and the founder of the notorious Wagner Group, Yevgeny Prigozhin, publicly opposed the Russian General Staff and Ministry of Defense, eventually achieving the resignation of Colonel General Alexander Lapin (RBC, October 29). It has even reached the point that the Military Review website, which is close to the Russian Ministry of Defense, has published devastating criticism of the entire system of the Russian Armed Forces (Topwar.ru, October 11).

Arkhangelsky says that this can be explained by the difficult situation in which Russian propagandists find themselves. If earlier, all problems were reduced to the intrigues of “internal enemies,” after the departure of these elements from Russia, it became necessary to find another explanation for the ongoing failures. In addition, according to the Russian publicist, the lies of the Kremlin’s propaganda have irritated even the staunchest of loyalists, and now, when additional demands are made on society, such as mobilization, more frankness is expected from pro-government journalists.

However, as Arkhangelsky notes, it is impossible for Putin to allow freedom of opinion even within the rigid ideological framework of the main propaganda narratives. As the publicist assures: “The Kremlin cannot allow pluralism even among its own. For it, freedom of opinion is tantamount to chaos and leads to the collapse of the state.” He concludes that, between the bitter truth and repression, the Kremlin will always choose repression, this time against “its own” (Carnegieendowment.org, October 6). In truth, the Russian authorities simply have no other choice, because even the part of society that supports the war is starting to demand fundamental reforms, which would be simply impossible in the system Putin has constructed.

In fact, a similar trend of searching for “hidden enemies” and demands for renewed purges is already emerging. Recent participants on the propaganda show “Sunday Evening with Vladimir Solovyov,” for example, have openly called for the introduction of the concept of “accomplice of the enemy,” which does not refer to opponents of the war but to those who “did little for victory,” especially military officials. They believe that even those who did not display initiative in time or did not sign documents are “already working for the enemy” (YouTube, October 9).

These sentiments are echoed by pro-Kremlin economist Mikhail Khazin, who declared on Sputnik radio that, among Russian officials, there are a number of Ukrainian sympathizers (Osnmedia.ru, October 18). The head of the Wagner Group, Prigozhin, went even further and called for “urgent Stalinist repression” against business tycoons who show little enthusiasm for supporting the war effort. According to some reports, such statements have caused alarm among the Russian elites (Golosameriki.com, November 9). Accordingly, Russian officials and experts close to them are trying to “re-direct fire” against them toward an external enemy—in this case, oppositionists who have left and “continue to damage” Russia.

However, even if the persecution of political emigrants intensifies, it is obvious that critics of the system among the Kremlin’s loyalists will not avoid reprisal either. It is clear that the majority of Russian society dealing with the lawlessness and corruption of officials in Moscow will initially support purges against those in power and their close associates. But history shows that, over time, repressions, similar to the “partial mobilization” campaign, will encompass an increasingly greater number of people. And those affected may indeed begin to revolt in greater numbers.