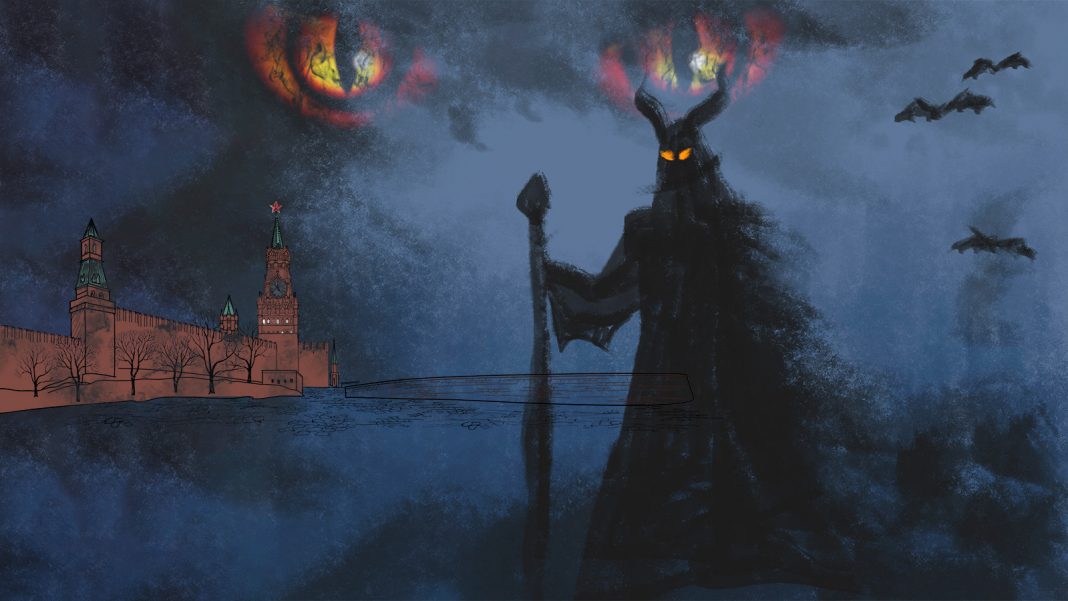 Putin justifying the attack on Ukraine as a battle against “Nazis and drug addicts” was apparently not enough. Pro-violence outlets in Russia have raised the stakes: oligarch-owned Tsargrad explains that Russia is fighting against SATAN.

Kremlin disinformation outlets have a history of playing the Satan card. The EUvsDisinfo database on disinformation has several cases: see here, here and here, for example.

On 6 March, Russian and Ukrainian Orthodox churches celebrated the Sunday of Atonement. Christians should ransack themselves and seek atonement before entering the period of lent, which starts the following Wednesday. The head of the Kremlin-controlled Moscow Patriarchy, Kirill, read a sermon devoted to supporting the Putin War and motivating the effort.

If humankind accepts sin – a violation of God’s law; if humankind concedes that sin is merely a way of human behaviour – that is the end of human civilisation. Gay Parades are designed to demonstrate that sin is just a variation of human behaviour. Any country that wants to join the club of [western] countries must organise a Gay Parade. Not make statements and declarations, not sign agreements, but organise a Gay Parade. /—/ We have entered a battle outside the physical realm, but of metaphysical meaning. I know that, unfortunately, there are Orthodox Christians who choose the path of least resistance and obediently follow the path indicated by the powerful of this world. We are not judging them; we are not suggesting they chose crucifixion; we merely remind ourselves that we will be true to God’s words; we will be true to His law; we will be true to the law of love and justice. When we see this law violated, we will never make peace with those who violate it.

Judging from Kirill’s words, Putin has launched the largest military offensive in Europe since World War II in order to impede the organisation of a Pride Parade in Moscow. That is taking homophobia to an entirely new level. And Tsargrad elevates the level even further: Gay Pride is nothing less than Satan’s work.

This is not a struggle against Ukrainian “independence”; on the contrary, this is a struggle against the enslavement of the once brotherly Ukraine, flesh and blood and soul of the Holy Russia, by the Global anti-Christian system, aiming for the destruction of our traditional values. The main symbol of this system is, just as the Patriarch says with all clarity, the march of the perverts, the so-called Gay marches.

When we are taking a stand against this aberration, accepted in Europe and forced on Ukraine, Russia and Donbas is challenging not individual persons, but the Satanic ideology where Neonazism and Ultraliberalism are joining forces.

The Axis of Lies

Tsargrad is owned and managed by Konstantin Malofeev (who is on the EU sanctions list). The outlet is part of a nationalist network of sites that cooperate with the resources of the infamous oligarch Prigozhin (also on the EU sanctions list), owner of the Internet Research Agency, aka “The Troll Factory” (on the EU sanctions list as well). The axis Malofeev–Prigozhin is the core of the nationalist, pro-Kremlin, and currently pro-violence ecosystem. Outlets such as RiaFAN, Geopolitica, Katehon, and USA Really are found here, and this is usually where EUvsDisinfo finds the most outrageous examples of disinformation.

The Kremlin is desperately attempting to spin the war into an appealing message. The stage-managers of the attack have established cool logos for the violence; Orwellian claims of fighting “For Peace” against “Nazis”. Now Satan is brought in to help the effort.