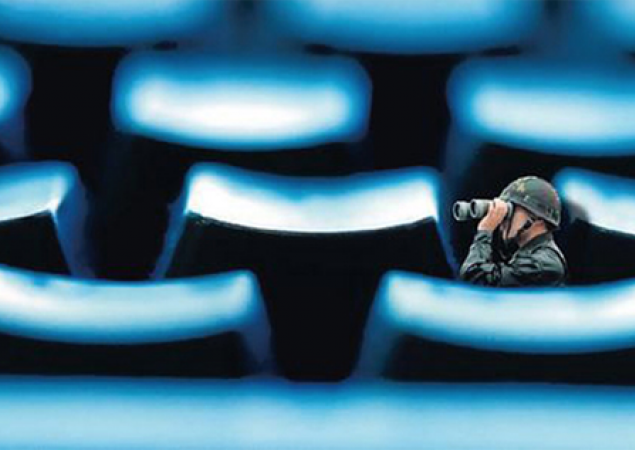 The armed conflict in eastern Ukraine lasts already for more than four months.  Lots of money has been spent, many people died.  The tension of the political conflict elevated each day.  The military component of the conflict is incremented.

With the start of a new round of military aggression to Ukraine by Russia the Kremlin information war gained new forms.  This was facilitated by features of the military-political situation during the last week.

By and large, the formation of the current information situation in Ukraine has started after the tragedy with the Malaysian Boeing.

At that time Ukrainian media space managed to create a sufficiently dense information barrier for Russian propaganda opinion.  The Kremlin was trying to create an information noise from multiple versions of the reasons of the liner collapse to distract the audience’s attention from the real causes of the tragedy and find the most suitable for Russian plausible options. Ukraine did not lose in this duel.

By the way, this is one of the few cases where the information policy of Ukraine was proactive.  Moreover, Western media worked in the Ukrainian information field, their diplomacy and political elite.  But it can not be regarded as a victory, because the subject of downed Boeing lasted in Ukraine just a week or two.  Unfortunately, the “Information Boeing” has ceased to be relevant.

Chaotic information policy of Ukraine did not result a victorious conclusion even this time.  Ukrainian information resources (media, the Ukrainian political, diplomatic missions, non-governmental organizations), moved on to other relevant topics, almost completely forgetting about the international tragedy.

In the next three to four weeks, the topic of fighting in the east of Ukraine fully absorbed Ukrainian media.  There were some successes – primarily the liberation of settlements by the means of ATO.  More than half of all informational messages were devoted to this subject.  But there were also some losses (provocation for the third phase of the mobilization, the victims in the war, the capture of our men, a weak military logistics, etc.) only stated, leaving a trail of speculation behind.

The negative component of the Ukrainian information was present both in television and radio, as well as in social networks.  Any silence in the media was overgrown with multiple versions. Hence arose the mismatch of facts in news reports, which undermined confidence in the Ukrainian media.  The lack of public information stem enabled information negative to develop.

By early August, a situation when there was more criticism, than propaganda of the Ukrainian patriotism and statehood arose in media.  Segregate statements of Ukrainian politicians, military people and diplomats did not get any journalistic comments and were literally leveled in the depths of fresh negative.  This fact again shows the haphazard work of our media.  We should pay attention to the fact that during this period Russian side was engaged in the search for new information occasions, touching the very fresh Ukrainian negative.

It should be emphasized that the target audience of the Kremlin information now become:

In this regard, it is necessary to pay attention to the emergence of the information operations of Russia “gas” newsworthy.  In the early stages of information pressure on Ukraine the issue of Russian gas supplies stuck to Russia as the “ace in the hole” and now it seem to be the right moment.

In late August, the Minister of Energy of the Russian Federation A. Novak made ​​a statement on the upcoming “gas problems” in Ukraine this winter.  Statement of Russian Minister was directed at convincing the audience that Ukrainian leadership should take the Kremlin conditions of gas supply.  For being more convincing, Novak accompanied statement by calculations and concluded that Russia was ready to resume talks on gas supplies to Ukraine.

It is worth the attention that the “gas reason” resumed just before the next round of consultations in Minsk for solution to the Donbas crisis.  It is obvious that this is what the Russian side has sought to demonstrate its dominant role in addressing priority issues for Ukraine.

Thus, Russia has launched a new information operation, which aims to support the escalation of eastern Ukraine.

The main objectives of the new Kremlin information operation in the context of the latest developments are:

To this end, Ukrainian information space should be ready for the challenges on the part of Russia and to adequate countermeasures.

As negotiations and diplomatic consultations have the key role in the resolution of the Donbas crisis, the bulk of the Ukrainian information activities should be taken by the Ukrainian leadership and the diplomatic corps at the unconditional support of the media.