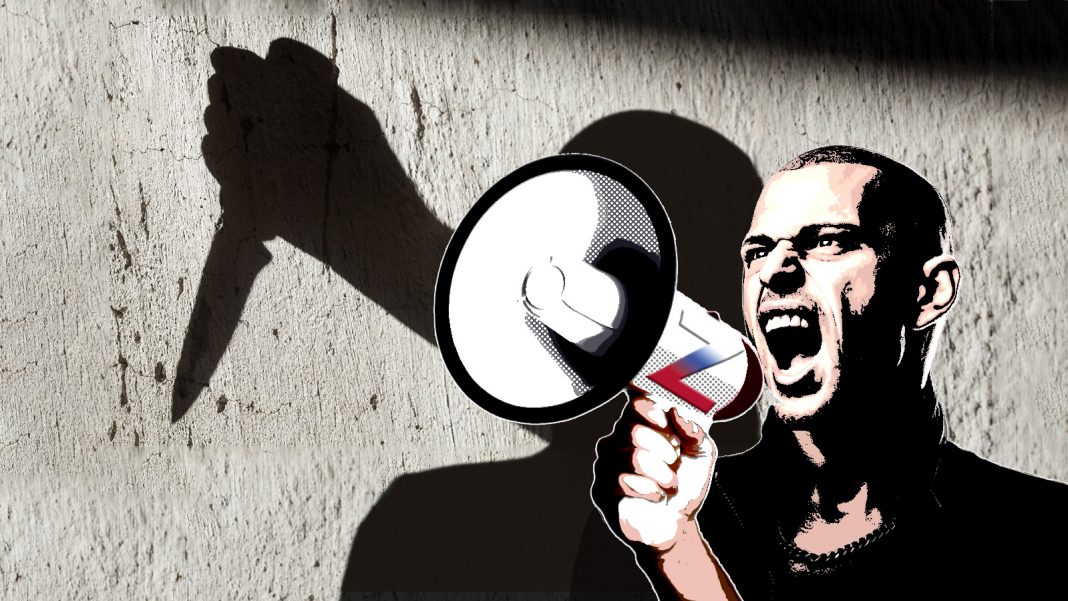 The Kremlin’s rhetoric about the unjustifiable war of aggression Russia unleashed on Ukraine on 24 February 2022 has never been tame nor rational. It has been shaped by disinformation, heavily laden with Orwellian newspeak and characterised by self-righteous chest-thumping since day one. Yet this week, one of the most prominent pro-Kremlin disinformation pundits went a step further. A one-time Russian president Dmitry Medvedev, a man once hailed as the harbinger of moderate Russia, now pulled out all the stops. Using his favoured Telegram platform, Mr Medvedev unleashed nothing short of hate speech, heavily implying that all Ukrainians should be wiped from the face of the earth. Of course, this not the first time Mr Medvedev riles the followers of this Telegram channel amounting to incitement of violence and justification of war crimes.

This outburst, while thoroughly morally reprehensible, does not mark a turning point in the pro-Kremlin rhetoric. It is rather the summation of a narrative of dehumanising and vilifying all Ukrainians, equating them to the Nazis and publicly calling for their eradication in a manner that can only be described as genocidal. Language matters and words spoken with such unbridle hatred can lead to very real and very tragic consequences for the people in Ukraine. And those who dare to speak such words must be held to the same account as those who pull the trigger.

The pro-Kremlin disinformation ecosystem also put its characteristic cognitive dissonance on full display, by revamping the #StopHatingRussians social media campaign with a new video, slinging baseless accusations of Western attempts to cancel Russian culture. It is particularly odd to appeal for hatred to be stopped with one hand while dishing it out with the other. Then again, the Russian state-controlled disinformation outlets have always used the “Russophobia” argument to explain away any Western criticisms or counteractions. And ever since the liar-in-chief himself complained about the “cancel culture” going after all things Russian, the pro-Kremlin disinformation ecosystem has been more than happy to amplify this angle as well.

Promotion of this “campaign”, at least on Twitter, seems to be rather coordinated, with Russian diplomatic accounts on the platform, including the Russian Ministry of Foreign Affairs, leading the charge to lend these claims a semblance of credibility. However, since the Russian diplomatic accounts have also been shamelessly spreading disinformation about Russia’s war in Ukraine, and Twitter moved to limit the promotion of Russian government accounts, the pro-Kremlin peddlers of “Russophobia” have also sought to fake legitimacy in other ways. The most recent effort, showing a near-total lack of any journalistic integrity, was to propagate the aforementioned video via false accounts impersonating well-known legitimate Western news outlets.

Glad to Starve You

Finally, the topic that is on everyone’s mind lately – the looming global food crisis – has not gone unnoticed by the pro-Kremlin disinformation ecosystem. In fact, the Kremlin has already actively employed its disinformation tools in an attempt to shape the global narrative about this topic early on. Now, perhaps coming to realise that the world will not be so easily hoodwinked into accepting Russia’s claims of blamelessness, the Russian state-controlled disinformation machine switched to a higher gear in shifting the blame for putting the world’s most vulnerable population at a risk of starvation and famine.

Let’s be very clear. The ability of Ukraine, the world’s fourth largest grain exporter, to grow, harvest and supply the grains was disrupted by one thing and one thing only. Russia’s unjustifiable war of aggression against Ukraine launched this February. Global food security has been further damaged by Russia blocking Ukrainian ships exporting the grain, attacking and destroying transport infrastructure, including bombing shipping terminals, and even pillaging of Ukrainian grain reserves for resale in third countries. Holding the world hostage to justify an unjustifiable war and willingness to starve innocent people is beyond heinous. While the Kremlin is willing and ready to commit such senseless atrocities, shifting the blame and peddling hate speech, any pretence of Russia’s humanitarianism will ring hollow.