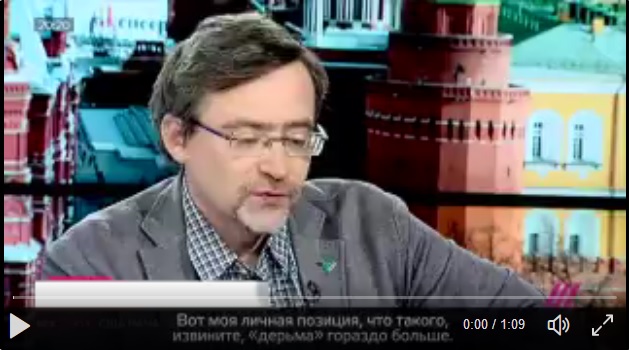 Valery Fedorov, the head of the state-owned VTsIOM polling agency, said in a television interview on Thursday that 15 percent of Russians make up the unpatriotic “shit” who regularly criticize Vladimir Putin.

Earlier in June, pro-Kremlin pundit Vladimir Solovyov said during a live radio broadcast that the anti-corruption demonstrators who attended an unsanctioned protest in central Moscow on June 12 were “two-percent shits,” presumably referring to the “Two Percent” Theory proposed by political analyst Stanislav Belkovsky, who has argued for the past decade that it would take only a minority of the Russian population — just 2 percent of the people — to form a “counter-elite” and effect major political reforms.