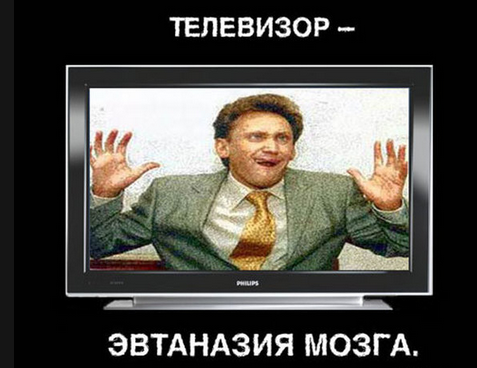 By Paul Goble, Window on Eurasi

The messages Kremlin propaganda is disseminating and the actual beliefs of Russians are increasingly diverging, except on the “sacred” issue of approval for Vladimir Putin, surveys show, an indication that his regime’s media efforts are ever less successful in shaping public attitudes, according to Igor Yakovenko.

The Russian commentator argues that Russians have become accustomed to live in an authoritarian country with elements of totalitarianism” and that they have learned that they must respond the way the powers that be want about trust in the president, but on issues directly affecting their own lives, they feel free to express radically different views.

Indeed, he says, with regard to nominally “’apolitical’ issues,” Russians in their answers to poll takers show that “the real characteristics of public consciousness are apathy, dejection, disappointment and complete indifference to the powers that be and politics in their own country” (kasparov.ru/material.php?id=587102A433597).

The Putin media “unceasingly” promote the view that “Russia is a world leader,” that Russians are laughing at Western sanctions and even want them extended, and that “the main advantage of Russia is its leader … who is never mistaken” and surpasses all other leaders in the world. As long as he is in power, Russia will “strengthen and flourish.”

Such messages are the basic content “not only of all without exception federal television channels,” Yakovenko says, “but also the more influential internet resources as well.” But what is striking is not so much this monolithic message as the very different attitudes Russians have despite being subject to it more or less all the time.

A Romir poll conducted at the end of last year found that Russians identified the following events of 2016 as being the economic crisis (25 percent), the doping scandal (21 percent), the military operation in Syria (20 percent), price increases and inflation (17 percent), and Russia’s parliamentary elections (two percent).

Given that inflation is part of the economic crisis, Yakovenko says, that means that “the main event of the year” in the opinion of Russians was “problems with the economy.” Forty-two percent told pollsters that. A year earlier, “only nine percent” did, an increase of 4.7 times, all the Kremlin propaganda to the contrary.

When asked what was the most important event to occur abroad, 36 percent of Russians pointed to the presidential elections in the US. That is 18 times as many as thought the parliamentary elections in Russia were important – and that difference, the Russian commentator says, directly involves the issue of “sovereignty.”

That difference reflects not only the judgment of Russians that their own elections were rigged while the American ones were a real competition but also their sense of the relative importance of their country compared to the United States, Yakovenko argues. And their assessment is completely at odds with the Kremlin line.

Another indication of the divergence between Kremlin propaganda and real Russian attitudes are surveys about optimism and pessimism for the year ahead. The Gallup organization polled people in 66 countries, including Russia, as to whether they expected 2017 to be better or worse.

Those Russian attitudes are especially striking if one compares them with their feelings of a year ago. At the start of 2016, 54 percent of Russians looked to the future with optimism, 2.3 times more than did so this year – and that “despite the massive zombification with the help of the Ostankino needle and other weapons of defeating consciousness.”

There is are several important messages from this. First, the Kremlin propaganda machine isn’t nearly as all-powerful inside the country as many assume. Second, the Russian people have come to terms with what they have to say but insist on their own views on everything else. And third, as Yakovenko says, “the regime is slowly but surely decaying.”