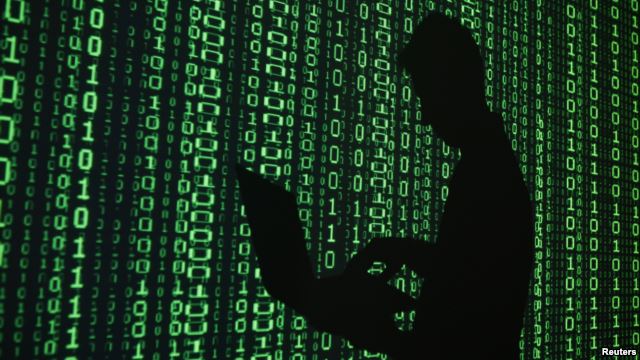 Warsaw — Kremlin “trolls” have launched a massive campaign to discredit Ukraine and Ukrainians in the Polish Internet space. Polish analysts note that an unprecedented wave of anti-Ukrainian propaganda on the Web first appeared in 2013, shortly after the Maidan protests began in Kyiv. In order to convince the Poles that Ukrainians are their bitter enemies, the Internet trolls are repeating the views of the current Kremlin authorities hundreds of thousands of times.

Mateusz Bajek, editor of the Polish portal kaukaz.pl, has an atypical hobby. He hunts Russian Internet trolls, who, for the past two years, have become extremely active on the Polish web and online networks. Bajek believes that one of the most striking examples of the Kremlin’s trolling in Poland is the Internet forum of the Russian-Polish Radio Sputnik Polska, where Kremlin trolls began to appear massively in late autumn of 2013.

“I noticed that on November 24, 2013, that is three days after the beginning of the Maidan, comments suddenly appeared on this site that were written by hundreds of new profiles that had been created on social networks in a matter of days. All these new users actively commented on the content of articles and had hundreds of friends in the network — for example in India, in Turkey but none in Poland,” Bajek explains.

The editor reports that these fake profiles disappeared after he drew attention to their suspiciously short existence but were immediately replaced by even newer trolls under false names.

Unmasking them was not complicated, he says. “It happens that the troll with a Polish name suddenly begins to write in some language other than Polish, for example Japanese, indicating that he forgot to switch from the Japanese login to the Polish one. The same kind of situation happened to me two months ago.” However, Bajek admits that “hunting” on the web is not a “sport” for timid souls, since the trolls pointedly insult and threaten those who unmask them. The Kremlin trolls who complain of the Polish editor’s pro-Ukrainian position call him a “Banderite” [Russian derogatory term for Ukrainian nationalist — Ed.]. He stresses that this is why it is important to keep in mind that arguments with a troll are not really discussions with a real person but with a virtual image created specifically to sow discord.

The hybrid war for the hearts and minds of Poles

For Justyna Prus, an analyst with the Polish Institute of International Affairs, the main objective of the Kremlin’s Internet trolling in Poland is the destruction of Polish-Ukrainian relations. She emphasized that point during discussions on the “Hybrid war for hearts and souls,” organized in Warsaw by the Center for Polish-Russian Dialogue and Understanding.

Prus argues that “a geostrategic conflict has centered around Ukraine, which we have been able to observe for several years now. The better the relations are between Poland and Ukraine, the more difficult it will be for the Kremlin to operate in this part of Europe, so it is in the interest of the Kremlin to damage that relationship.”

By trying to damage relations between Poles and Ukrainians, the Internet trolls are aggressively exploiting the complex issues of the historical past of the two nations, especially the Volyn tragedy.

Trolling has become an important integral part of Kremlin propaganda and therefore must be seen as Kremlin directed, Prus says. She adds that when it comes to this kind of trolling in Poland the British analyst Ben Nimmo has accurately outlined the basic principles of Kremlin propaganda.

“These are the four principles of the so-called Ds,” she explains. The first “D” is “Dismiss” — in other words, deny and demolish an obvious fact.

“That is exactly what we see in Russian media, and eventually in the entire Russian Internet space and in the social networks,” she says. “For example, the West claims that there are Russian armies in Ukraine, and the Russian media states that there are no Russian armies there. The Kremlin trolls repeat this on the web hundreds of thousands of times, attempting to convince Internet users that way.”

The next principle of Kremlin propaganda is “Distort,” by adding fabrications to information on real facts.

The third “D” is “Distract” to divert attention. “If someone accuses you of something then you accuse him of the same thing,” Prus says.

And finally the fourth is “Dismay” or frighten. “There are threats on the web, trolling, and even threats of physical violence in the real, non-virtual world,” she says.

According to Prus, the best known example in Poland of persecution by trolls is the experience of Marcin-Ludwik Rey. “This is a person who on his own, on a voluntary basis, has been studying the effects of pro-Kremlin influences and anti-Ukrainian propaganda in Poland. He does it through Facebook networks and has been doing it professionally and honestly,” she says.

It was in retaliation for his work that Rey became the target of an active campaign to denigrate him both online and in real life. His profile on Facebook was repeatedly blocked and he was threatened. Matters even reached such a point that in the village where he lived someone distributed leaflets accusing him of pedophilia, and the names of the girls he allegedly victimized were given as Evra and Azia, which actually was a hint at the Eurasian traces of this campaign.

In addition, Prus says, the Kremlin trolls have been using the proven tactic of creating pseudo-profiles in Polish social media. “They pretend to be a specific person or organization. Therefore, first they block the real profile and then create a false one where, for example, they change one letter in the surname.”

“I noticed that the comments of the trolls and their fictitious names on the Internet forums are repeated very often. Moreover, after an article appears on some topic, a multi-page text appears within minutes that refutes the thoughts of the author. It is impossible for someone to write major comments that quickly,” she says.

Prus concludes that while the Kremlin trolls may not be encouraging the Poles to love Putin, they are repeating the anti-Ukrainian positions of the current Russian government like a mantra to discourage Poles from supporting Ukraine.