Kremlin Watch Briefing: Half of Europeans potentially exposed to disinformation before the elections

Half of Europeans may have been exposed to disinformation on social media linked to Russia according to an online security company.

While the United States intensifies its efforts to counter Russian cyber-attacks in allied countries, it might be overlooking significant loopholes in its own justice system.

More and more countries are trying to fulfil their goals by leveraging digital tools and social media networks to spread disinformation, including Iran, North Korea, China, and Russia, a new study says.

Ten minutes of independence elapsed, and the Soviet agents in Estonia reported, “In the first five minutes, Estonia proclaimed war to Finland, and in the next five minutes Estonia surrendered and announced that it had been occupied by Finland.”

Half of all Europeans may have been exposed to disinformation

Several major news sources this week reported that 241 million Europeans may have been exposed to social media disinformation linked to Russia, according to the online security firm SafeGuard Cyber. 6,700 automated bots posted and amplified material, which was not general, but rather locally targeted with a different narrative fitting each state. In Britain, the amplified news focused on Theresa May’s Brexit deal, in France – on a speech by the French President Emmanuel Macron about the future of Europe and in Germany the focus were issues surrounding immigration and Syrian refugees. SafeGuard Cyber, which produced the research, said it had a database of more than 500,000 known troll and bot accounts and had the confidence of their Russian links after examining the content of their posts, location, time of posting and relationship to other bots.

More worryingly, the issue seems to have encouraged far-right copycats who often echo Kremlin’s talking points, making it difficult to discern which is which. Conspiracy theories about the Notre-Dame fire and misinformation about immigrants, NATO and the EU prevail. Often information is generated by Russia and later amplified by other actors on Twitter, Facebook, WhatsApp and other platforms. This underlines a worrying trend which not only supports the Kremlin’s political aim of undermining the European Union and other Western institutions but also undermines legitimate political debate within Europe itself.

Two Russian agents are convicted for the Montenegro coup plot

A Montenegrin court on Thursday found 14 people guilty of plotting a coup d’etat to prevent Montenegro from joining NATO. The 2016 Montenegro’s Parliamentary election was widely viewed as a referendum on Montenegro’s NATO membership, which was had already been agreed to but had not yet taken place and remained controversial.

The case revealed new evidence on several recent events suspected to be GRU Operations, most notably the Salisbury poisoning. The two Russians suspected to be connected to GRU were tried in absentia and are unlikely to serve their sentences.

While their links to GRU remain controversial, particularly as the operation failed spectacularly, some inexplicable issues remain. The photo of the fake passport of one of the Russians accused matches that of a man previously expelled from Poland for espionage. Their (fake) passport numbers are close to those of other men accused of conducting Kremlin’s operations abroad, especially the two accused of the Sergei Skripal poisoning, as has previously been analysed by Bellingcat. Money for the coup plot was sent via Western Union from the GRU headquarters in Moscow. While the links remain unproven, the similarities of the case with other recent Russian operations in the West point to a very possible Kremlin’s presence in protecting its interests in Montenegro.

Politico reported this week that recent major research commissioned by the French government suggests big social media companies such as Twitter, Facebook and Youtube should be regulated like the financial sector. This would include regular audits and more transparency on their internal processes, particularly when it comes to regulating hate speech and other harmful content. The report, which was non-binding, was generally well received by Facebook. Facebook CEO Mark Zuckerberg expressed hopes that this regulatory framework could become not just a model for France, but the rest of the European Union as well.

The report, which was authored by former Google employee and telecoms regulator official Benoit Loutrel, calls for stricter oversight over processes for removing and preventing hate speech instead of policing individual failures. The French President has previously attempted to reign in big-tech companies, including pioneering legislation on fake news and pushing for a digital tax.

The United States has been intensifying the efforts to counter the Kremlin’s subversion operations in allied countries, like Ukraine, Macedonia and Montenegro, and put a bigger cost on Moscow in the area of cyber-security. According to the American officials, the aim is to defend elections and uncover information about the modern cyber-capabilities of the Russian Federation. The United States Cyber Command intends to expand to more countries which find themselves under attacks.

Maj. Gen. Charles L. Moore, the director of operations for Cyber Command, told The New York Times: “We recognize and understand the importance of being in constant contact with the enemy in this space, especially below the level of armed conflict, so we can defend ourselves and we can impose costs.”

U.S. justice system is being manipulated by Russia

Newsweek presents several examples of how the Russian Federation is manipulating the American justice system, which according to several experts is “ill-equipped to respond to politically motivated cases from abroad and to Russia’s manipulation of the system,” while often using American law firms. One of the examples is the case of Concord Management, a Russian company owned by Evgene Prigozhin which was indicted for funding the St. Petersburg troll factory. The team of the special counsel Robert Mueller warned against the company to be handed over sensitive documents included in the Mueller report in front of the court because it would use it for disinformation campaigns against the investigation. Despite the evidence supporting this claim, the case has not been resolved for months.

The practice of using U.S. laws to go after the opponents of the Kremlin called “corporate raiding” seems to be fairly common, allegedly also because U.S. judges “often lack the resources to distinguish which foreign cases are legitimate and which are politically motivated.” At the same time, Kremlin’s official disinformation channels, like Sputnik and RT, often promote distrust to the justice system in the United States, which they portray “as an arm of the American political elite.”

According to a recent report by Christina Nemr and William Gangware, a growing number of states, in the pursuit of geopolitical ends, are leveraging digital tools and social media networks to spread disinformation, aiming to shape public perceptions and undermine trust in the truth. As the proliferation of social media has eroded traditional media hierarchies and claims of authority, the environment is ripe for exploitation. It is favourable to sensationalist content that generates clicks, which could potentially range from biased half-truths to conspiracy theories to outright lies. On average, a false story reaches 1,500 people six times quicker than a factual story, amplified by the fact that people often turn to information that only reinforces their worldview.

The authors maintain that disinformation succeeds partly because of psychological factors, such as the need to belong, the overwhelming effect of the sheer volume of information, and people’s propensity towards “us versus them” tribalism. The report provides an overview of countries notable for the extent and sophistication of their foreign influence and disinformation campaigns, including Iran, North Korea, China, and Russia. In addition, it examines some of the platform-specific challenges and existing efforts in countering disinformation. Although tech giants like Google, Facebook, and Twitter have demonstrated some willingness to address the problem, their incentives are not always prioritized to limit disinformation, particularly in the short-term. Because of the absence of clear delineations of responsibility, a reasonable next step could involve greater collaboration between technology companies and governments. 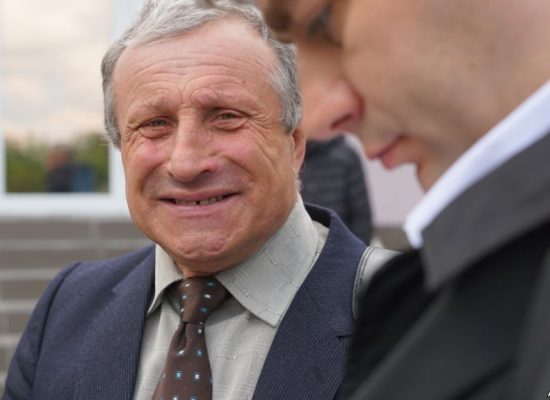 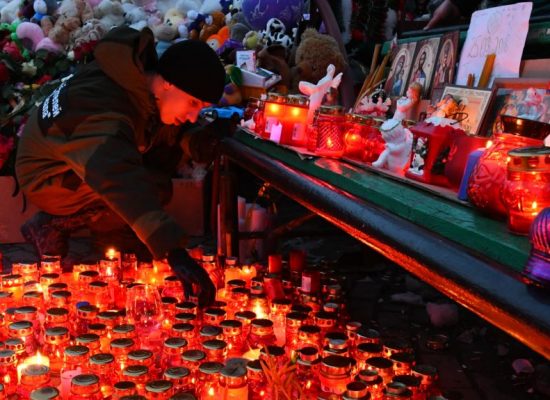 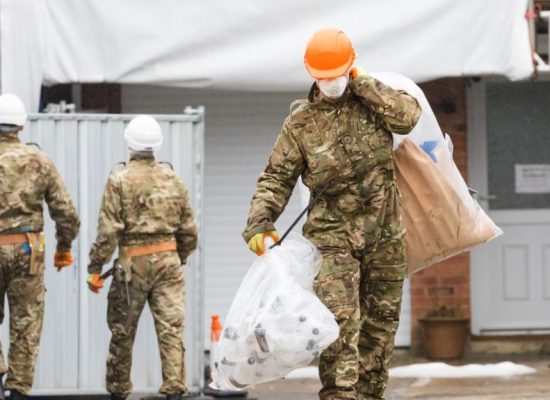 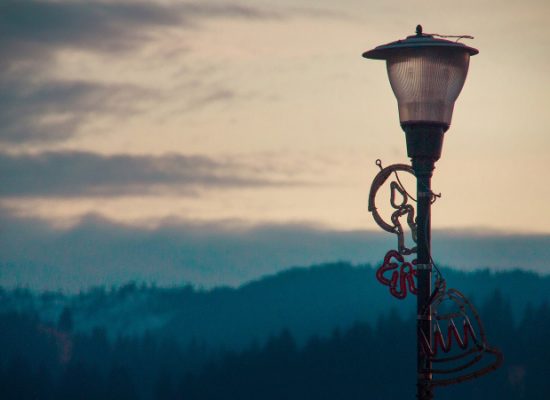 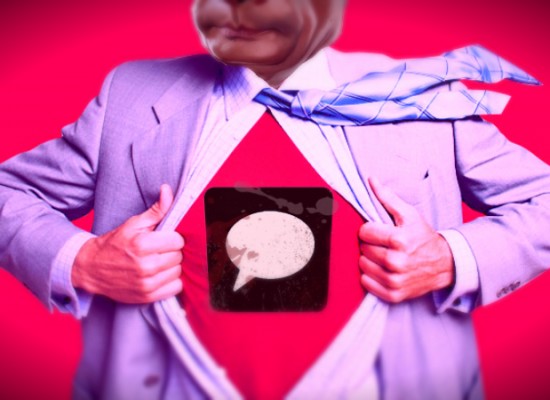 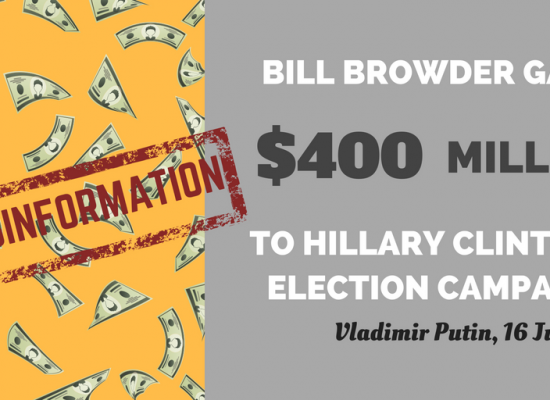