Leading American experts warn against insufficient American response to the threat of Russian disinformation during their testimonies.

New study: How the Russian intelligence services upkeep the trust of their citizens.

After a speech, Brezhnev confronts his speechwriter.

“I gave you three copies…”

Italian far-right Lega party attempted to secure Russian financing for the European Parliament election, as revealed by a recording of the negotiations obtained by BuzzFeed News. The talks happened in Moscow on the October 18 last year. The Italian side was headed by Gianluca Savoini, an aide to Italy’s deputy prime minister and Lega’s leader Matteo Salvini. Two more Italians and three Russians were present, all unidentified save for Gianluca Meranda, an international lawyer who admitted to participating in the talks.

The deal ran high on ambition: it was designed to channel $65 million from a Russian oil company, Rosneft or Lukoil, to Italy’s Eni via two intermediaries by selling fuel at a discount. The purpose was to use the money to finance Lega and its bid to change Europe and align it closer with Russia, as stated by Savoini in his opening speech. Also, to free Europe from “decision of illuminates of Brussels” assistance of other European far-right parties would be required. It is important to acknowledge that the Italians were trying to speed up the operation due to the approaching election.

According to Reuters, Italian law enforcement started an investigation after an Italian news magazine L’Espresso reported about the secret deal back in February, yet the story went viral after the BuzzFeed News report. Deputy prime minister Salvini, who was in Moscow at the time of the talks, has tried to distance himself from his long-time associate. His spokesperson claimed that Savoini had never been part of his official visits to Moscow, of which there were quite a few. However, both Savoini’s and Salvini’s social media posts suggest otherwise.

Admittedly, it is unknown at this point whether the operation took place. Still, the case does cast shade at Lega’s spectacular result at the European Parliament election: 34.5% compared to 17.35% at the 2018 national election.

Brought to you by the Vilnius Institute for Policy Analysis.

In an interview given to Russia Today (RT), Russia’s First Deputy Chairman of the Federation Council Committee on International Affairs Vladimir Jabbarov alleged that Nausėda’s more aggressive stance on Russia is a direct result of “influence coming from higher-ranking consociates” working within EU structure who “persuaded” president that the current position on bilateral relations between Vilnius and Moscow shall not be reconsidered. Such fallacious rhetoric supports the “puppet state” narrative, which claims that Lithuania has no direct power over its political decisions and is heavily dominated by the US as well as the EU.

Meanwhile, Konstantin Kosachev, Deputy Chairman of the State Duma Foreign Affairs Committee in an interview to Russia’s Federal News Agency stated that better bilateral relations could be possible but only if “the new Lithuanian government starts acting objectively” implying that current Lithuanian government is politically inept and its critical stance on Kremlin’s decisions is the culprit of all-time low relations between Vilnius and Moscow.

Contrarily, it is worth mentioning that despite Russia’s antagonistic rhetoric and tense bilateral relations, president Gitanas Nausėda presumed that Lithuania could engage with some provisional agreements on low-level economic and cultural cooperationbetween the two countries. Yet, it remains quite clear that closer cooperation is unlikely and Russia will continue to be seen as an aggressor in Lithuania.

The UK Foreign Office has denied two Russian outlets media access to a global conference co-hosted with Canada on journalistic independence. The decision came after British regulator Ofcom found RT had broken impartiality rules in its reporting on the 2018 agent nerve attack in Salisbury. Discrediting the decision as “absurd” and “politically motivated discrimination,” the Kremlin said it regretted the decision. Despite Kremlin protestations of hypocrisy, this exclusion and the corresponding announcement of a ￡100 million contribution by the British government to counter disinformation in Eastern Europe and Central Asia over five years affirms a global commitment in balancing journalistic standards and free press.

In an interview with First Draft editor of Czech news outlet Seznam Zprávy Jiří Burýšek warned of recent trends in misinformation that are rapidly eroding trust in official sources of information and encouraging apathy amongst citizens. In light of corruption suspicions surrounding the Czech Prime Minister Andrej Babiš, Burýšek describes concentrated efforts to undermine the ensuing anti-governmental protests. Conspiracy theories about paid protesters sponsored by imagined enemies including philanthropist George Soros and Czech political parties are spread amongst vulnerable populations through email and even from the office of the Prime Minister himself. Facing this challenge, Burýšek emphasizes the importance of reporting on disinformation: how it originates, spreads, and instils bias. Burýšek argues this in-depth analysis approach has a higher readership and is more effective than simple fact-checking.

After months of back-and-forth debate between Ankara and Washington, the controversial Russian S-400 missile shield system has begun to arrive in Turkey. This is particularly troubling to the United States as they have a pre-existing contract with Turkey to sell the fellow NATO member 100 US made F-35 fighter jets and train their pilots to fly them. American officials say that F-35 technology could be compromised by Turkey’s occupancy of the Russian S-400 system.  According to a report from Politico, the actualization of the Russian-Turkish transaction has instigated new pressure from Democratic voices within Congress. American policymakers are invoking legislation from the Countering America’s Adversaries Through Sanctions Act, arguing to not only eject Turkey from the F-35 pilot training and F-35 program as a whole but to further punish Turkey with economic sanctions.

Despite the US desires that Turkey would instead purchase the American-made Patriot Missile system, Ankara has all but completed the final steps in accruing the S-400 and subsequently deploying it. It is arguable that this is a strictly business matter as Russia, through the sale of the S-400 shield has created a convenient wedge between not only two NATO nations, but long-tenured allies in Turkey and the US. This too would further a trend in recent Turkish policy that has President Erdogan’s government slowly pivoting away from the West and toward Russia. It is not yet certain if Washington will impose the oft-discussed sanctions on Ankara, though it seems like a nearly foregone conclusion as there is bipartisan support in Congress to follow through on months’ long threats to do so.

Experts testify on the threat of Russian disinformation

Two of the United States’ leading experts on Russian disinformation testified to the US House Committee on Appropriations, Subcommittee on State, Foreign Operations, and Related Programs last week on the accelerating threat presented by Russian disinformation. Both Nina Jankowicz, for the Atlantic Council and Alina Polyakova for Brookings presented their testimonies to the aforementioned committee addressing the topic of Russian malign influence in a three-tiered approach. Both women began their testimonies by acknowledging the sluggish American response in effectively countering Russian misinformation, adding to the States’ clumsy acknowledgement of its gravity late in the process. Jankowicz and Polyakova emphasize the lackadaisical US response by pointing to a more advanced and progressive European approach.

Secondly, the analysts discuss some of the parameters of Russian disinformation without providing an exhaustive list. They point out specific tactics of the Russian tool-kit like the employment of bot and troll factories, purchasing Facebook ads, economic warfare, support of extremist parties and the like, all while reinforcing the evolution of misinformative operations. Both speakers made an effort to highlight the fact that in a disinformation game that is constantly shifting, Russia has, and continues to pull away from the United States. According to the testimonials, the Kremlin continues to refine its strategies and is discovering new ways to sow its misinformation through less overt mechanisms.

Lastly, Jankowicz and Polyakova provide a number of potential solutions to if nothing, help the US get the ball rolling in combatting Russian influence. One of the primary arguments made by both experts is that the United States should begin to recognize the magnitude of Russian disinformation by allocating substantial finances toward projects and programs to confront it. Since the Cold War and unlike Russia, the U.S. has notoriously underspent in regard to the fight against Russian disinformation. They too address the need for large-scale civil society programs that educate media consumers, imposed sanctions on foreign parties responsible for the spread of false information, and amplifying funds for reliable foreign and domestic news outlets. Polyakova finishes by echoing a sentiment that is often found in scholarship on Russian disinformation. She shares that this battle should not always be a reactive one for Washington, rather the US has, and should employ the necessary finances and tools to be more progressive in an escalating, and quickly evolving struggle.

Between Overt Disinformation and Covert Practice:

The Center for Eastern Studies in Warsaw released a report on the media coverage received by the Russian special services. Unlike most nations’ intelligence agencies, Russia’s intelligence agencies are the subject of extensive reporting in both internal and external media markets. This extensive coverage becomes a tool of disinformation as the official narrative overshadows reality. For this reason, within Russia, the special services rank as one of the most trusted institutions. Additionally, details of operational mistakes, failures, and mishaps are portrayed as disinformation stories propagated by Western media. For instance, despite the public failure of the Skripal poisoning and the worldwide reaction to it, the damage to the reputation of the special services was minimal within Russia. 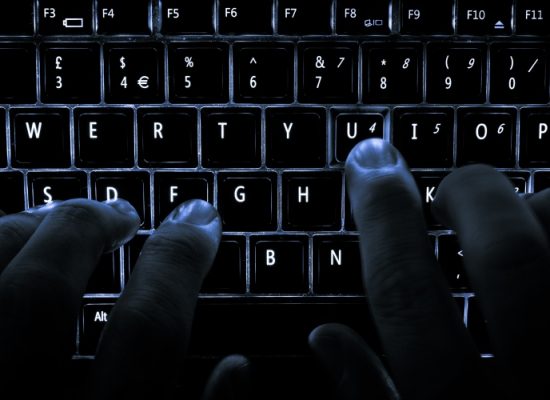 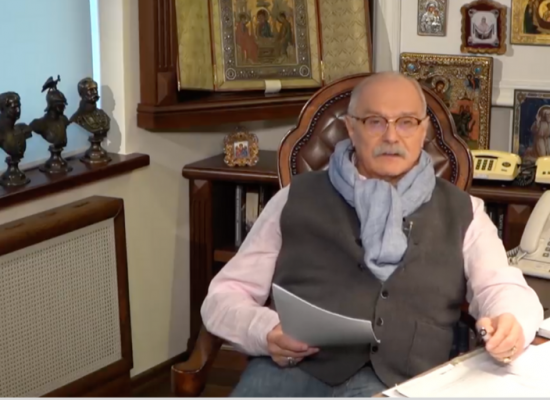 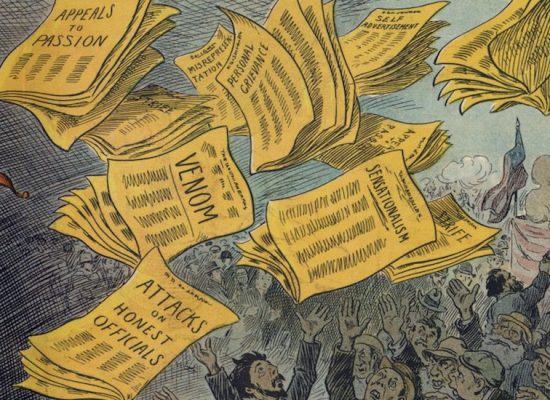 You see it, you buy it: Just being exposed to fake news makes you more likely to believe it 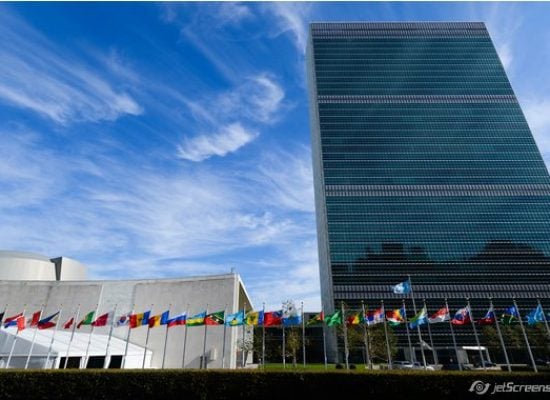 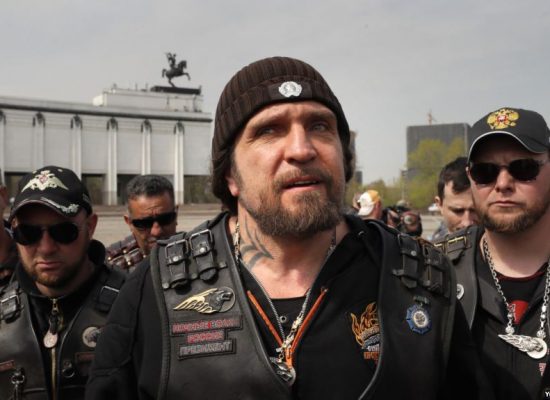 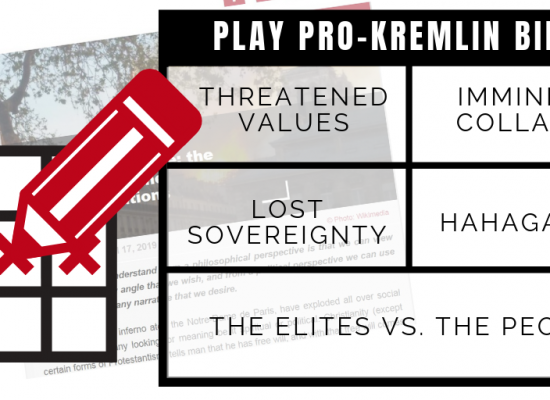