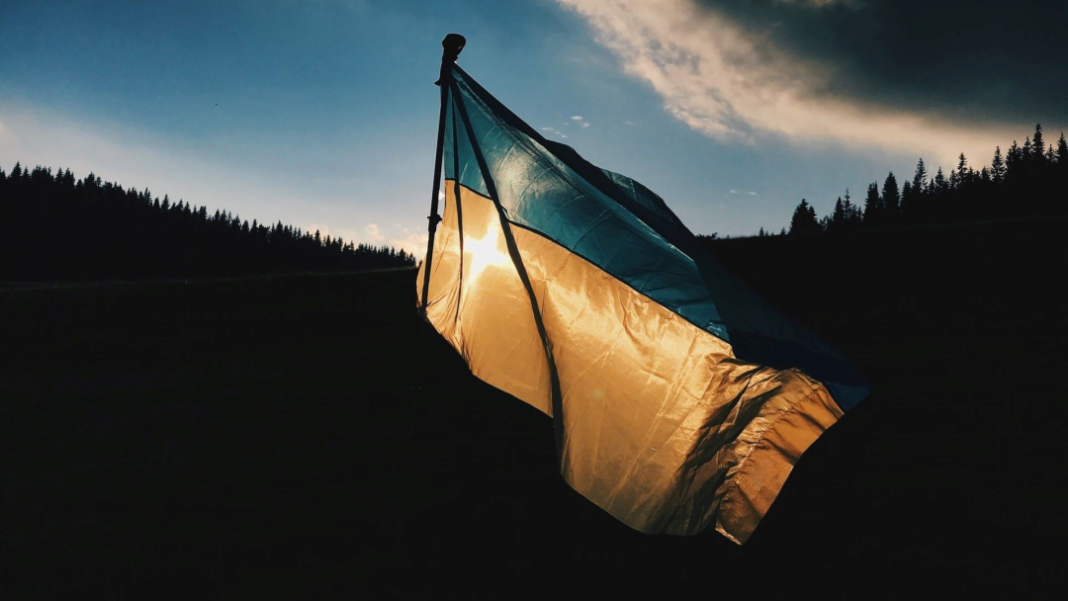 The outcomes of isolation
No escalation to NATO-Russia war

The outcomes of isolation

This round of Western sanctions against the Kremlin for its invasion of Ukraine is proving to be catastrophic for the Russian economy, and this poses the risk of turning Russia into a new, larger and more dangerous North Korea. The country will face shortages of basic goods as more and more companies are withdrawing from the Russian market, domestic banks and businesses are isolated, and domestic factories will inevitably have to close. The Russian people are finding themselves isolated not only from social media, but the Kremlin is threatening to isolate them from the entire internet as they know it. Citizens and skilled professionals, in particular, are trying to leave the country, it is expected that the government will introduce exit visas or close the country altogether. On the other hand, the devastating impact of the measures could have the inauspicious effect of rallying the public behind Putin, because of the propaganda machine of the past 20 years. The Kremlin is already strengthening measures against any counter-narrative, with penalties of up to 15 years in prison for publishing what the government considers “fake news.”

The Western strategy is squeezing Russia in a way that facilitates the Kremlin’s narrative that sanctions are an “independence tax” designed to make the Russian people suffer. Instead, the U.S. and its allies should prevent the Russian people from becoming their enemy by further focusing on targeting the leadership and bringing ordinary people to be allies.

No escalation to NATO-Russia war

Jens Stoltenberg, NATO Secretary-General, rejected the Ukrainian request to provide air cover against Russian attacks invoking the responsibility to avoid an open conflict between the alliance and Moscow. The decision is deliberate and accounts for the inevitability of further attacks, the establishment of a no-fly zone would mean that the alliance would have to intervene not only in Ukraine but also in Russia and Belarus. This, as Stoltenberg said, would most likely result in a direct war between NATO and Russia that would have even more devastating effects.

The NATO secretary-general also commented on Turkey‘s role as a facilitator of the talks between the foreign ministers of Russia and Ukraine, Sergei Lavrov and Dmytro Kuleba, respectively. It was the first high-level contact between the two sides of the conflict since the start of the invasion and took place in Antalya on Thursday, but it did not lead to any progress in the talks and even failed to establish an agreement on a 24-hour ceasefire.

The lack of direct NATO intervention is therefore criticized by Ukrainian President Volodymyr Zelensky, especially since Russia bombed the Yavoriv International Peacekeeping and Security Center, a military base used for NATO weapons training in western Ukraine on the border with Poland, a member of the alliance. The attack was the deadliest to date and came a day after Russian Deputy Foreign Minister Sergei Ryabkov declared “western arms convoys to Ukraine a legitimate military target”.

On Sunday American journalist was killed during the shootings in Irpin which is the frontline suburb of Kyiv. 50-year-old Brent Renaud, who was a filmmaker for the New York Times, died of a gunshot wound to his neck. Brent Renaud and American photographer Juan Arredondo were targeted while crossing the Ukrainian checkpoint in Irpin. The attack was immediately imputed to the Russian forces as the journalists were crossing the bridge that leads to the town of Bucha controlled by the Russians. The attack was condemned firmly by the White House national security adviser Jake Sullivan. According to him, after the exact information is obtained, the Biden administration will respond to this attack with “appropriate consequences”. The attack on the American journalists was preceded by another attack on the military base in Ukraine which resulted in killing at least 35 people and injuring more than 134 people.

The Yavoriv military base, which is located in the western part of Ukraine less than 10 miles away from Poland’s border, represents the hub for cooperation between Ukraine and NATO forces. In particular, the military base served as a training place for Ukrainian soldiers, where the instructors from NATO countries led the training process to bolster Ukraine’s defence. As the Russian Defense Ministry spokesperson stated, the military base was the storage of weapons and the place where the foreign mercenaries were trained. This allegation was denied by Ukraine and NATO. Overall, the attack on the military base was perceived by the US and its allies as a “ significant escalation”. According to Jake Sullivan, if Russia’s strikes hit, even accidentally, any NATO member, the US will “defend every inch of NATO territory”.

The new package of sanctions was adopted by the Department of State, the Department of Treasury, and the Department of Commerce against the elites close to Vladimir Putin. The sanctions aim at bearing severe economic and diplomatic costs for Russia. The list of the elites comprises the Kremlin leaders, oligarchs, and their family members. In particular, the sanctions targeted Russian businessmen tied to ABR Management and Novikombank: Yuri Kovalchuk, Kirill Kovalchuk, Dmitri Lebedev, Vladimir Knyaginin, Elena Georgieva, German Belous, and Dmitri Vavulin. Yuri Kovalchuk is Vladimir Putin’s friend who holds the largest shares in Rossiya Bank and Sogaz insurance company. He also possesses a stake in the fourth-largest mobile operator in Russia, Tele2.

The sanctions also targeted his family members. Dmitri Lebedev is a Chairman of the Board of Directors of the Bank of Rossiya considered as Kremlin’s private bank. Elena Georgieva holds the position of Chairwoman in Novikombank, while German Belous, Andrey Sapelin, and Dmitri Vavulin represent the board members of the bank. As for Vladimir Knyaginin, he is a Vice Governor of Saint Petersburg. According to the Department of Treasury, the main reason why the above-mentioned Russian elites were sanctioned is that they are all accountable for enabling Putin’s unjustified war against Ukraine. The sanctions aim to deprive the Russian leadership of the material resources that are crucial for waging war in Ukraine as well as to punish Russian elites associated with Kremlin’s kleptocracy.

RIA Novosti reports “the Ukrainian crisis has shown the world how much the West still relies on racist attitudes.” Columnist Alireza Ahmadi was confused about his colleagues’ remarks on the Russian military special operation, as many of them emphasize that the war is “not in the Middle East.” In particular, Ahmadi cites the words of reporter Charlie D’Agata, who said that Ukraine is “not a place like Iraq or Afghanistan, where conflict has been raging for decades…” Ahmadi highlighted that there is a tendency to label Muslims as uncivilized, terrorists, and criminals. Moreover, Ahmadi blamed the European countries for rejecting and demonizing Middle Eastern refugees where war and destruction are already deeply mingled with their identity and culture.

“The same European governments that a few months ago confronted 2,000 freezing Afghan and Syrian refugees with a multinational military mobilization now warmly welcome Ukrainian refugees,” claimed Ahmadi. Furthermore, RIA Novosti noted that the West’s sympathy for Ukraine but a dangerous attitude towards the Middle East as a source of endless wars revealed that Western politicians do not take responsibility for constantly funding and supporting these wars. However, the strategy of the Kremlin’s narrative aims at intensifying the cultural conflict between the West, particularly the US and the Middle East. Moreover, accusations towards the US and recalling situations in the Middle East are the Kremlin’s way of diverting public attention from Russia’s military attacks in Ukraine.

Kremlin’s “whataboutism” as Peskov recalls US “carpet bombing” in Yugoslavia.

Press Secretary of the Russian President Dmitry Peskov claimed that the Russian Armed Forces, during a “special operation” to “demilitarize” Ukraine, are using high-precision weapons, hitting only military targets, while pointing out “the harsh US bombing of cities in Yugoslavia.” Peskov asserted that the whole world knows the ruthless style of the American authorities, who do not care about the lives of civilians when pursuing their goals. “Everyone remembers the carpet bombing of the former Yugoslavia, the missile attacks on the centre of Belgrade,” stated Peskov. In addition to this, Peskov also recalled the US actions in the countries of the Middle East, in Afghanistan pointing out that the US is responsible for multiple, unjustified victims in the countries of the Middle East, crimes committed over 20 years in Afghanistan when hundreds of people were killed at weddings and in residential buildings with one blow.

“This cruelty did not prevent the shameful runaway of America from Afghanistan,” indicated Peskov. Moreover, Moscow stated that the US and the EU with their provocative positions and statements such as “Putin is frustrated that his troops are not advancing in major cities, including Kyiv as he thought, therefore, Putin increases the number of targets he attacks and tries to damage every part of the country” are pushing Russia to storm the major cities of Ukraine to make Russia responsible for the deaths of civilians.

Following the launch of a newly revamped reservist training regime, Taiwan’s policy circles continue to debate the need to overhaul the nation’s ‘all-out defence’ strategy. On 11 March, Members of the Legislative Yuan representing the New Power Party organised a public hearing in the nation’s parliament to solicit actionable ideas for evaluating and enhancing Taiwan’s current capabilities to defend against an attack from China. Michael Ming-shian Tsai (蔡明憲), former defence minister under President Chen Shui-bian (陳水扁), asserted that extending the current duration of compulsory military service from four months to between twelve and 18 months is “inevitable.”

The government and civil society in Taiwan also continue to devise programs to support individuals affected by the Russian invasion of Ukraine. On 15 March, the Ministry of Foreign Affairs of Taiwan officially distributed the second wave of donations supporting Ukrainian refugees in Czechia, Hungary, Lithuania, Poland, and Slovakia, with a total amount of 11,500,000 US dollars. At the grassroots level, individuals and small businesses are collecting funds and organising supply drives to support the people of Ukraine. Ukrainians with relatives in Taiwan are now also eligible to apply for special visas to enter the country. Despite having earned accolades for being one of the most progressive and democratic societies in Asia, Taiwan does not have an asylum law, which, according to Foreign Minister Joseph Wu (吳釗燮), precludes the country from accepting a large number of Ukrainian refugees at once.