News of the Week

German elections and the winner is…

Autumn has begun and Russian media and bots have been busy working on a few campaigns. The long-awaited German elections resulted with a weakened Angela Merkel and a shockingly strong AfD, which surged from zero to 91 seats in a chamber of 631 lawmakers. Our Jakub Janda writes for the Observer that this is probably still the worst possible result for the Kremlin and also summarizes the main stances of German political parties towards Russia.

Russia has played a game of nerves. Everybody expected some kind of meddling and the German media seemed to be even slightly disappointed that Russia did not attempt to launch any cyber-attacks in Germany. Is it possible that the Kremlin has decided to rethink its approach? We doubt it. The smart German defence was to never stop talking about it. The whole country was watching; even the readers of  Bild were aware of the threat.

However, Russia has been gaining ground slowly and systematically. With its gain of 13%, the AfD might be a temporary phenomenon succeeding to channel frustration with Merkel and benefitting from anti-establishment sentiment. But there is something unique about Germany – namely, its Russian emigrant community that came out heavily in support of the AfD. Millions of German voters were reached by pro-Kremlin media that apparently enjoy more trust than mainstream German channels.  Moreover, the game is far from over. A senior German intelligence official, Burkhard Even, has warned that foreign powers, including Russia, could try to shape the outcome of talks by German parties to form a governing coalition. To be continued…

Scientists from Oxford University who launched the Computational Propaganda Project in 2012 tracked bot activity and the spread of disinformation on Twitter prior to the general elections in Germany. According to their report, a disproportionately large portion of Twitter activity has been dedicated to support the far-right Alternative für Deutschland party compared to their actual share of votes. However, generally the impact of bots was minor, and German social media users shared one link to disinformation for four links to professional news sources. Overall, the consumption of news seems to be more professional in Germany than in the United States or the United Kingdom, but less so than in France.

The EEAS East STRATCOM task force summarized on its new website what topics dominated the disinformation scene in the German media space and what Germany did to prevent any interference, including strengthening its cyber-security, cooperation with fact-checkers, and legislative take on hate speech on social media.

Joke: A frightened man came to the KGB “My talking parrot disappeared.”

“This is not our case. Go to the criminal police.”

“Excuse me. Of course I know that I have to go to them. I am here just to tell you officially that I disagree with that parrot.”

Ramping up investigations into the role of social media

Federal investigators are further probing the role of social media in spreading false information during the 2016 presidential campaign, as incoming reports allege that Russian disinformation efforts are ongoing. Earlier this month, Facebook gave a detailed Senate briefing about how Russian actors had used the site, including examples of political ads tied to the St Petersburg troll factory. On September 28, the Senate Intelligence Committee interviewed representatives from Twitter about “whether false information spread by Russian accounts made it into real news stories aimed at torpedoing [Clinton’s] candidacy, and whether the social media company took any steps to stem the fake news.” In addition, investigators are inquiring whether Twitterbots were utilized to boost the Google ranking of fake news stories. So far, Twitter has maintained a hands-off approach with respect to the mitigation of fake information on its site, justifying this on grounds of ‘encouraging the free exchange of ideas and information’.

On November 1, Google, Twitter and Facebook are invited to testify publicly about Russia’s efforts to exploit digital and social media platforms to influence the election. Meanwhile, an article in Axios describes how Big Tech is preparing for the inevitable backlash vis-à-vis the disinformation threat. Stay tuned for updates…

Russia’s disinformation campaign operates according to different tactics in each target country. In the US, these include the following:

A bipartisan Fox News poll of US voters found that the majority support continuation of the Mueller probe and, by a considerable margin, believe that the Kremlin sought to aid Donald Trump’s election. Specifically, 69% of voters say that it is at least ‘somewhat important’ to continue looking into Russian meddling, while only 29% believe it is ‘not at all important’. With respect to potential coordination between the Trump campaign and Russia, 67% of voters say continued investigation is important while only 31% say it is not. The full poll results are available here.

Following Facebook’s announcement that it would give Congress the details of 3,000 advertisements bought by a Russian agency to sway the US election, Russia threatened to ban the company from the country during its upcoming 2018 election.

The grounds for the implied ban is Facebook’s noncompliance with a law requiring websites that store personal data of Russian citizens to do so on Russian servers. Meanwhile, an article in Newsweek details how activists in Russia’s online sphere are using memes against Putin’s social media censorship.

Referendum in Catalonia: The Crimean spring has moved to the Pyrenees… Not.

Despite Dmytry Peskov’s statements that the Catalonian referendum is an internal Spanish matter, Russia would not want to miss a chance to bring its alternative point of view on the Catalonian referendum or extend a helping hacking hand to the referendum organizers either. Spanish media have been on high alert. El País blatantly stated that Russian news networks are using Catalonia to destabilize Europe. These accusations have been thoroughly investigated by the Atlantic Council’s DFR Lab, focusing on the role of Sputnik and RT. Russian media spread stories about a violent and repressive Spanish government and warn that a civil war is imminent as the EU passively stands by. Russian creativity is legendary and the media managed to find similarities with the situation in Crimea and Kurdistan.

According to the Russian press, independent Catalonia might recognize Crimea as part of Russia. The benefits of doing so are not very clear, Russia might in exchange push Nicaragua to recognize Catalonia? “This does not mean that Russia wants Catalonia to be independent at any cost. What it fundamentally seeks is to create division, in order to slowly undermine Europe’s democracy and institutions,” says Brett Schaffer, an analyst at the Alliance for Securing Democracy, a project of the German Marshall Fund. And we can only agree with that.

Maria Zakharova, the spokesperson of the Russian Ministry of Foreign Affairs, holds weekly briefings which are worth your attention. Zakharova advised the Kiev authorities to watch the film “Crimea” directed by Alexei Pimanov in order to not forget where ignoring the rights of people to cultural identity can lead to. She reacted to the new Ukrainian education law, signed by Ukrainian President Poroshenko on September 25 which, according to Russia, violates the basic principles contained in the documents of the UN, OSCE and the Council of Europe. Ukraine is famous for creating problems for itself and making the cause difficult even for Kiev’s advocates. Nevertheless, Russian criticism made us think of another movie that the Kremlin should watch – “Haytarma” directed by Akhtem Seitablayev. As Zakharova says, history must teach us something, and watching a movie about Crimean-Tatar deportation would be a good refresher, especially in the light of the unlawful imprisonment of Umerov and Chiygoz in Crimea which is still illegally occupied by Russia.

Should Morgan Freeman study Kremlinology before shooting a video?

The Committee to Investigate Russia has been established based on the ongoing investigations of the Kremlin’s attempts to influence the presidential elections in the United States and the links between the Russian Federation and the administration of President Trump. It is a non-profit website collecting and providing information about what we already know. Recently, they published a video promoting the activities of the Committee, starring Morgan Freeman: 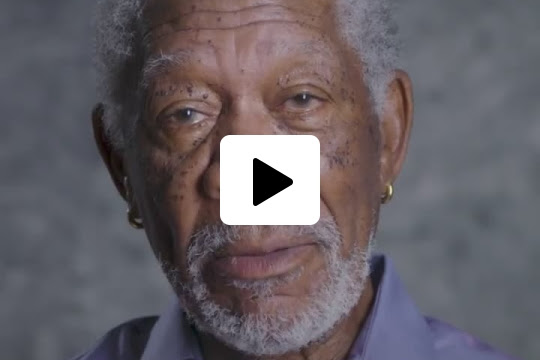 Because of his role in the project, Mr. Freeman became a target of verbal attacks from Russian officials and trolls almost overnight. He also received criticism from a contingent of the Western community for his lack of expertise on the subject.

Stopfake.org co-founder offers her experiences from the information war

Margo Gontar, a co-founder of a Ukrainian fact-checking project StopFake.org, shares lessons learnt from the Ukrainian information war for Business Ukraine magazine. Her main advice is:

What to do about it? According to Margo Gontar, “the simple answer is to continue refuting, debunking and exposing lies while at the same time relentlessly promoting fact-based narratives.”

Should Russia’s RT register as a foreign agent?

With a claimed global reach of 700 million people in more than 100 countries, the Kremlin-funded news network RT (formerly known as “Russia Today”) has an important place in the Russian media toolkit. RT, which operates as an independent news broadcaster, is in fact a mouthpiece for Russian propaganda, promoting the Kremlin’s interests and undermining trust in mainstream media. In the USA, a new strategy for dealing with RT has recently been laid out.

The core of it is to compel RT to register as an agent of foreign principal under the Foreign Agents Registration Act of 1938 (FARA), which was originally enacted to address Nazi propaganda and has proven useful since then. Many foreign media organizations have registered as agents of foreign principal, therefore, there is an established precedent. If the US government wished to do so, it would have to present evidence that RT acts “at order, request or under direction or control, of a foreign principal” and engages in “political activities” in the interest of its foreign principal. If registered, RT would not be restricted from distributing information (therefore, free speech would not be violated), however, it would have to (among other things) conspicuously label its information as “distributed by an agent on behalf of the foreign principal”, which should warn the US public that RT is not a impartial news source.

Even though the Kremlin does its best to portray RT as an independent and impartial organization, there are many arguments that prove the opposite and would help this case, such as its reliance on the Russian state for 99% of its budget and its non-transparent governance structure. That and much more, including recommendations for the modernization of FARA and predictions of what might happen if the US were to enforce FARA against RT, can be found in this report by the Atlantic Council.