Most of the U.S. citizens have firm opinions on Russian influence on U.S. elections.

New report says that English-language versios of RT and Sputnik produced as many as 138 separate narratives about the Skripal poisoning.

“Did you know that the Nobel Prize committee has decided to award a new prize this year for agriculture? And do you know who is going to get the prize?”

“Khrushchev. He is the first man in history to have sown grain in Siberia and harvested it in Canada.”

As the voting process around the contentious so-called sovereign internet bill in Russia gears up thousands have protested against the bill, Deutsche Welle has reported this week. This bill would create the necessary infrastructure for and call for the testing of, a completely independent Russian internet. Activists at the protests say the internet has become the only place to fight corruption.

Freedom of speech has of course been an issue this week. Artyom Kozlyuk of Roskomsvoboda group explained to Emily Sherwin that the Russian model, as proposed, would tend towards North Korean style independence, not relying on firewalls, but building a physically autonomous base that would give state regulation complete access to internet traffic in the country.

Last week, the Atlantic Council hosted the “Disinfo week” – an international forum of world’s most prominent disinformation specialists spanning three European cities and five days. Its keynote speech in Athens was delivered by Daniel Fried, a distinguished fellow at the Atlantic Council. He stressed the importance of online transparency and a proper identification of where information and opinions are coming from to avoid fraud, as well as tighter control on political advertising. On the other hand, Fried also noted that individual anonymity and free speech should not be sacrificed in the process, especially with regards to civil society actors in authoritarian states. Finally, Fried suggested that social media companies should be mandated to amend their algorithms in a way that would present more diverse information to users – much like traditional media companies in the U.S. are required to dedicate time to different political viewpoints under the “fairness doctrine”.

In Brussels, U.S. Ambassador to the EU Gordon Sondland reaffirmed the United States unswerving alliance with Europe despite Russia’s attempts to sabotage Western democracies or transatlantic unity. He explicitly called Russia out for spreading disinformation, and suggested that Europe should “get out ahead” of the threat instead of playing “whack-a-mole”. Having said that, Soldland believes that the US and EU’s strong democratic values and commitment to open society will prevail over malignant propaganda.

A new study released last week has found that Chinese misinformation institutions are far larger and up until now eerily quiet in explicit foreign meddling of the kind that has become standard from Russia. Estimates from the Recorded Strategy are unclear, but the factor could be in the thousands for size as the domestic strategy has been dictated by over-saturation within China.

Misinformation is used as a tool in building up a positive image of China abroad, not only through false information but also through the promotion of Chinese events and foreign policy goals. The accounts linked to these efforts have been found to be rather effective at gaining traction with their audiences, with few accounts building up a larger following.

In the United States, this has caught some attention, but it seems that the social media giants continue to react more slowly than is necessary as more fundamental changes internally or new laws imposed from the government level would only be the beginning.

Czech billionaire and owner of PPF Investment Group Petr Kellner has become unwittingly entangled in the Huawei spy scandal, writes Bloomberg. His business, whose Chinese arm has more than $13 billion in assets, is under growing pressure to avoid using Huawei’s technology in developing PPF’s 5G network. While PPF Group’s current 5G contract with Huawei is non-binding, if Kellner pulls out, retaliation from Huawei is to be expected. This comes on a backdrop of the Czech and other NATO government’s pushing to ban Chinese tech exports due to espionage allegations. A potential “collateral damage” from this could be borne by Western companies operating in China, who are very dependent on good relationships with the Chinese government.

Furthermore, the development of 5G technologies is assessed to be revolutionary in terms of the speed and amount of data it can transfer instantaneously, and thus the technological developments that it can support. Like most countries, the Czech Republic may auction off frequencies for 5G networks as soon as this year. However, the Czech government is advised to exclude Huawei from the auction due to associated cyber-security risks.

As American Special Counsel Robert Mueller is expected to soon wrap up his investigation into the allegation of Russian interference in the 2016 election, a Reuters poll has indicated that only 10% of Americans remain undecided about Russian interference in the 2016 election. Reuters has been tracking public opinions of the investigations since Mueller was appointed in May 2017, and the results indicate that public opinion solidified early and changed little over the past two years. With each poll, around 80% of Democrats said the Trump campaign colluded with Russia, while 70% Republicans said they did not. Given there are few voters that remain undecided, Mueller’s results are unlikely to increase voter turnout for Republicans or Democrats in 2020, and could even backfire on the Democrats if they overplay it.

The polls are notable because they indicate that while around half of Americans think that Trump tried to halt the Mueller investigation, 40 % of Americans approve of Trump’s performance in office. Regarding political moderates, Elaine Kamarck, a senior fellow at the Brookings Institute Think Tank, says that moderate-Republicans may not care about the president’s sexual behaviour or business dealings, but if the evidence shows that he was funded by the Russians it is another story. Nicholas Valentino, an expert on partisanship at the University of Michigan said that the American public is very polarized today, and if the Democrats in 2020 over utilize the upcoming Mueller report, it could further insulate Trump politically.

YouTube is scheduled to start showing “information panels”, boxes of text that provide misinformation debunks from YouTube’s verified fact checking patterns. These information panels will show when people search for sensitive topics that are prone to misinformation. The panels will show up on the pages of search results rather than on individual videos. Videos containing misinformation will still appear on the YouTube search results, but YouTube will generate the information panels when the search query involves sensitive topics. An image of an example can be seen on this page. The feature is currently only available in India, but YouTube will eventually expand it to users around the world. The company did not specify when they will do this.

In India, YouTube is using information from around six verified fact-checking services to show on the panels. Many of the services already work with Facebook in India to check misinformation in the midst of the upcoming Indian national elections this spring. YouTube has decided to start with India, due to the fact many Indians are just now starting to have access to the internet and are utilizing YouTube instead of mainstream news sources to consume their news. YouTube’s new fact-checking feature has been started in India, while in the U.S., YouTube has been known, until recently, to algorithmically recommend anti-vaccination content. The company has said that they are now working to better surface credible news sources in the US.

Russian jet escorts US intelligence plane over the Baltic Sea

The Russian military recently said that it sent a fighter jet to escort a US intelligence plane over the Baltic Sea. Russia’s defence ministry did not say when the incident happened, but they released a video shot from the cockpit of the Russian aircraft as it was approaching the American aircraft. The Russians added Thursday that the fighter returned to its base after the US plane flew away. Russia has claimed that the US and NATO have increased their number of intelligence missions along Russia’s borders in recent years and describes them as part of the NATO build-up that threatens Russia’s security. The U.S. and NATO meanwhile have complained that Russian fighters escorting their warplanes perform dangerous manoeuvres, a claim Moscow rejects. This is not the first time such an incident has occurred.

The Centre for the Study of Media, Communications & Power at King’s College London has published a comprehensive report by Dr Gordon Ramsay and Dr Sam Robertshaw dealing with the implications of English-language content from RT and Sputnik for news organisations in Western democracies. The publication contains three separate analyses. The first, “Flooding the zone: RT, Sputnik and Russian framing of the Skripal incident”, finds that in their coverage of the March 2018 poisoning incident in Salisbury, Russian news media inserted as many as 138 separate narratives, many of which were contradicting. The most common was that the West, driven by hysteric ‘Russophobia’, rejected Russia’s willingness to cooperate and was unable to provide evidence of Russian guilt. Operating in a “crisis management” situation, RT and Sputnik often resorted to conspiracy theories. Ramsay and Robertshaw also find that the most successful means of inserting pro-Kremlin narratives into Western content was the coverage of elite Russian government sources using confrontational language towards the West.

The second analysis, “Heads we win, tails you lose: projecting Russian strength”, focuses on RT’s and Sputnik’s efforts to present a Western military weakness to English-speaking audiences by covering NATO frequently and in a decidedly negative light. 80 % of the articles about NATO contained criticisms, paradoxically describing it as both threatening and incapable. On the other hand, Russia’s own military prowess is also covered extensively, with a significant amount of information about Russian weaponry being cited by the UK media.

The final analysis, “Division and dysfunction: how RT and Sputnik portray the West and construct news agendas” records the ways in which these news outlets publish a steady stream of articles about domestic politics in the West with an emphasis on political dysfunction, institutional failure, social division, and the negative effects of immigration. 81.7 % of articles on European domestic issues contained frames relating to political dysfunction. In this case, there is also a tendency of UK news organisations (especially tabloids) to gather and republish content from RT and Sputnik, unknowingly legitimising Russia’s media disinformation efforts. 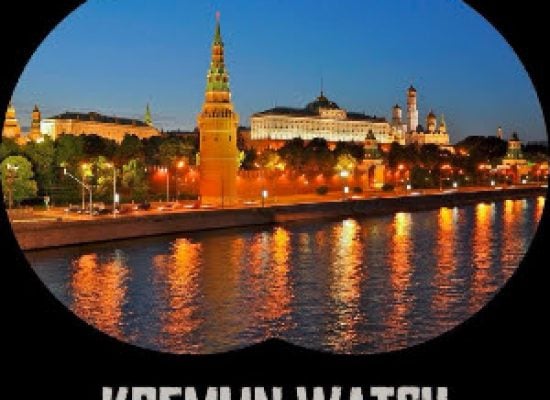 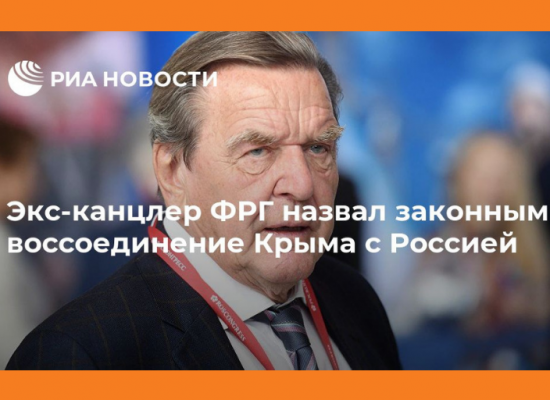 The sin of omission 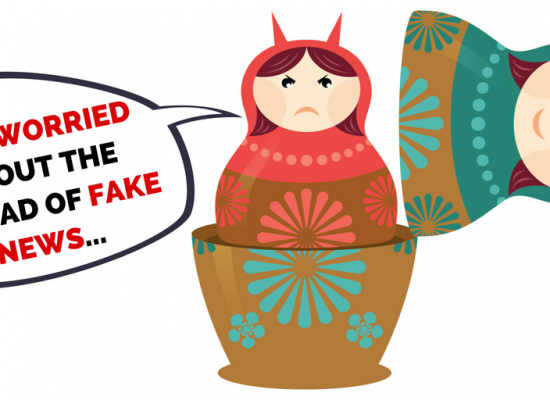 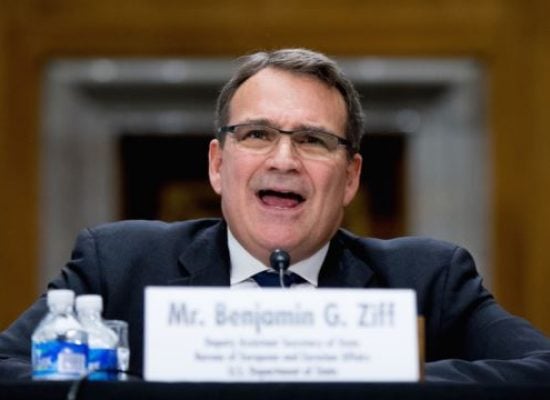 Russian Propaganda: ‘The Weaponization of Information’ 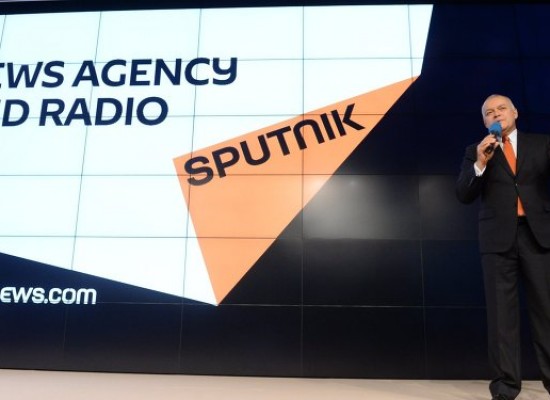 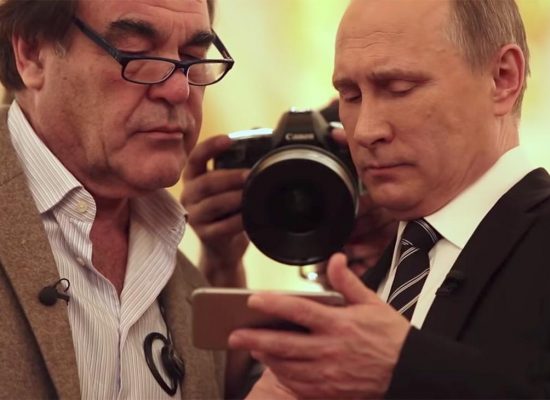