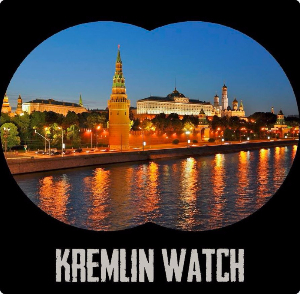 Together with the Semantic Visions we analyzed over fifty-nine million articles published in the last two years to make the picture clear.

The Russian state-funded Sputnik news agency has set up a studio in Scotland and prepares for broadcasting. Sputnik UK director Nikolai Gorshkov said that the Scottish “deserve to have more news outlets” informing about “the world at large”. Defence secretary Michael Fallon said that although the Scottish and English citizens are “too sensible to be taken in”, they still have to be wary of Russian propaganda. He also stated that “a free press and sound common sense are usually the best antidotes”, which is why they are looking to “increase BBC transmissions to the Baltic to counter some of the blatant untruths.”

The consortium between ENGIE, OMV, Winterhall, Shell, and Uniper had decided to withdraw its application for a Polish joint venture to build the Nord Stream 2 pipeline. Poland’s anti-monopoly watchdog objected against the pipeline on the grounds that it would cement Gazprom’s already dominant position on the European gas market.

Stopfake.org together with the Polish Centre for International Relations and think tanks from the Czech Republic, Poland, Hungary, Moldova, and Slovakia are launching a new project called “Information Warfare on the Internet”. The aim of the project is to monitor online media, look for common patterns and key themes that are being manipulated, track the changes of disinformation strategies, etc.

Case from the Czech Republic

A major Czech outlet (MF DNES) discovered that Michal Hašek, the Governor of one of Czechs region, had paid a substantial amount of money (over 7000 EUR) to a PR firm, whose head co-founded one of the most aggressive conspiracy outlets (Protiproud). This outlet is part of the same media group as one of the biggest platforms for Czech disinformators which has been researched by Masaryk University for using “more manipulation techniques than Sputnik CZ”. This further shows how disinformation outlets could represent a profit for their creators.

The Kharkiv Human Rights Protection Group (KhPF) reported that Juri Rescheto, a journalist from Deutsche Welle, has participated in a trip to Crimea. According to the Deutsche Welle, the visit was organized by the Foreign Correspondents Association. However, RT reported that the journalists came on the invitation of Russia’s Foreign Ministry. According to Fort-Russ, Juri Rescheto confirmed this himself.

Furthermore, he was not the only one. Among other participants were for example: Zhong Su Ha, the head of the Moscow Korean Broadcasting System office, Corey Flintoff from the US National Public Radio, Liviu Iurea from TV Romania, and Khalid Abdalrahman from the Iraqi broadcaster Rudaw. RT also mentions another Deutsche Welle journalist, Evgeny Ushakov.

RT focused significantly on the visit, stating that the Western reporters observed that “reunification with Russia has served a beneficial purpose for Crimea and its people”. It cites Mr. Rescheto saying that “Crimea now became a Russian territory regardless of whether we [the West] want it or not “, and that „it is now a fact, a reality. “

It is difficult to distinguish which parts of the visit and alleged statements are authentic and which are propaganda. But to legitimize the illegal annexation by a visit which does not seem to have been approved by Ukrainian authorities is a serious misstep; regardless if undertaken by a journalist or a politician. And as Halya Coynash from the KhPG accurately wrote, “Winning favours with regimes breaking international law should not be the aim of any journalists, let alone a journalist from a public broadcaster representing Germany.”

For these reasons we decided to name Juri Rescheto Putinversteher of the Week. Pictures of the Week

The Middle East Media Research Institute put together a set of pictures and cartoons promoted by several pro-Kremlin websites and social media. They describe how they perceive the relation between Vladimir Putin and Barack Obama in a very eloquent way. You can go through more of them here.

“Winning the Information War, Techniques and Counter-strategies to Russian Propaganda in Central and Eastern Europe”; by Edward Lucas and Peter Pomerantsev

Russian disinformation campaign has a significant effect on Central and Eastern European countries. Integral part of propaganda is Sputnik, an official Russian news agency trying to provide coverage and space for anti-system parties and politicians closely related to the Kremlin in a matter of ideology or opinions. Polish MEP Janusz Korwin-Mikke who has gained 3 % share of votes in the latest elections and is not even a member of any fraction of the European Parliament is a good example.  In recent years he was cited fifteen times by Sputnik, among other things in connection with alleged US hostility to Russia or Ukrainian hostility towards Poland, whereas other mainstream Polish politicians were not addressed by Sputnik whatsoever.

To improve the resistance against disinformation campaign it is necessary for the EU Member States to focus on short-term as well as long-term strategy goals. One of the objectives is to enhance cooperation with social media which are currently focusing on the de-radicalisation of the far-right audience. Similar scheme can be used when it comes to the people who became victims of the Kremlin propaganda. Other contributing step would be an attempt to publish liberal, Russian-language content in already existing news agencies as well as in the lately established media.

Peter Dickinson describes the role of international media in the matter of the Russian aggression in Ukraine in an article published by The Atlantic Council. He highlights the main disinformation stories used so far originating in the Kremlin.

Arkady Ostrovsky argues in a commentary for The New York Times how the West itself contributed to the success of Vladimir Putin’s information war.

Andrew Weisburd and Clint Watts focus on Twitter becoming a platform for promoting disinformation in their article for The Daily Beast. The alleged threat of a Third World War remains a huge topic of the pro-Kremlin websites although the first place belongs to the speculations and disinformation concerning the failed coup in Turkey and the US presidential elections.

For example, one of the Slovak servers revealed an article according to which the North Atlantic Alliance has been creating a narrative presenting Russia as an aggressive country and a threat, although Russia is allegedly a peaceful state and its role in the conflict in Georgia and Crimea had been purely humanitarian and in the Eastern Ukraine non-existent whatsoever.

Another Czech website (The World Around Us) moved the boundaries of disinformation audacity when it shared a video in which Vladimir Putin speaks (in Russian language with Hungarian subtitles) about the security challenges Russian Federation is currently facing and mentions the necessity to adequately respond. The website obviously bet on the lack of knowledge of Hungarian language amongst Czech readers and put a made-up statement of Vladimir Putin’s mouth. According to the website, Vladimir Putin said that NATO is allocating nuclear weapons in the Central and Eastern European countries, including the Czech Republic, and that Russia is prepared for a preventive nuclear attack.