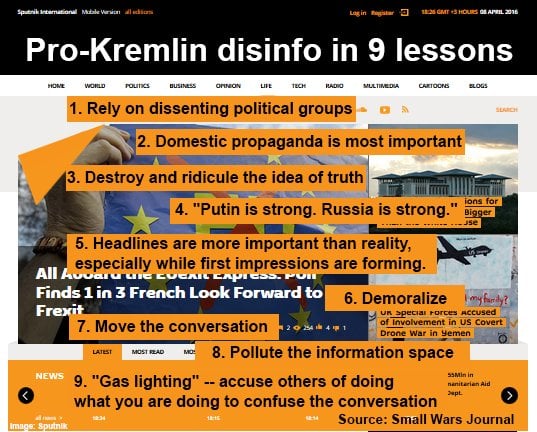 The Russian Cyber Threat: Views from Estonia; by Patrik Maldre from the Center for European Policy Analysis

Cyber threat actors with links to Russia target NATO members on a daily basis. Tactical activities are carried out in pursuit of strategic objectives which in the long term include undermining and, if possible, helping to dissolve the EU and NATO. Moscow also aims to foster politically divided, strategically vulnerable, and economically weak societies on its periphery in order to boost its own ability to project power and influence on those countries’ decisions. Among other things, cyber capabilities can be used to carry out influence operations, including the use of propaganda and social media that undermine trust between citizens and the state create confusion and dissatisfaction among the population. Preventive measures and countermeasures exist at the personal, organizational, national, and international levels but they must be complemented by a cohesive strategy of deterrence-by-punishment by individual countries as well as like-minded allies.