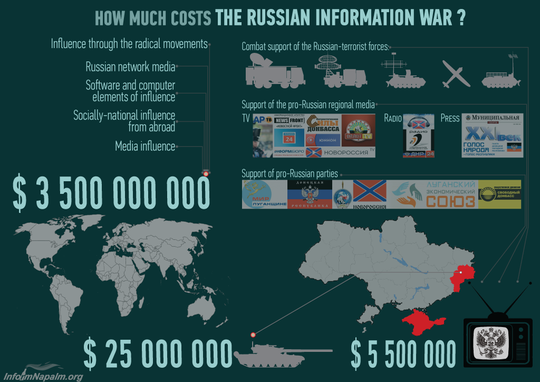 Picture of the Week

Our new Kremlin Watch Report on operational definitions of disinformation

We have done a review of methodological definitions of disinformation. Out of many, the best one is by Ben Nimmo. We have operationalized his framework and we suggest the working definition of pro-Kremlin disinformation as the following three-fold check:

1. The falsehood of the information

Practical use: The view doesn’t represent reality in a significant fashion. It skips important parts of context, doesn’t provide reliable source for such information, or, for example, presents an extreme view as an objective truth.

2. The intention to mislead

Practical use: Nobody can see into heads of disinformation multipliers; therefore, we suggest using the following pattern: If a story is proved not to be true and correct, and the multiplier is reminded of that yet still does not issue a correction and explanation of the mistake, we suggest deeming that the disinformation process was intentional. A lie is not an alternative opinion.

3. The story has direct or indirect objective to support policy of political regime of the Russian Federation

Practical use: The message of this story usually says that mainstream democratic institutions of the Western states are the “bad guys”, while Russian Federation is a good one, or at least equal in morality of its actions. Reflection of the Kremlin view doesn’t need to be present. The story usually fits into the current Kremlin narrative. For example: the European institutions and leaders are the intentional cause for migration crisis, and therefore their legitimacy should be questioned.

Analysis: Sweden is under attack; by Kjetil Stormark from Aldrimer.no

The intensity and frequency of cyber-attacks on Sweden have seriously increased over the course of the past months. Although it is not yet officially known whether or not those attacks originate in Russia, Swedish officials – including several respected experts in the Military Intelligence and Security Service, and the Swedish security service Säpo – believe that Russia is behind several or even all of the incidents. If the attacks keep escalating, a discussion on whether this is a military or a civilian issue could be triggered. The country is allegedly already facing what could be called “warlike” acts. Direct conflict with Russia is definitely in nobody’s interest and the Swedish government is facing a difficult balancing act, while Russia continues to try and see how far it can push..

Authoritarianism became the common denominator for several post-Soviet countries, including Russia, Azerbaijan, Kazakhstan, Tajikistan, Uzbekistan, Turkmenistan, and Belarus. Those states and elites have influenced and learned from each other, and as a result they produced a shared and unified set of ideas about the world, the state, and about politics and society. Among the pillars of this new type of post-Soviet autocracy is a “discursive dictatorship”, which uses smart television coverage and public relations initiatives to suppress critics and produce a narrative shared by much of the population. These efforts include gaining control of the means of production, harassment and prosecution of journalists and marginalizing alternative views without resorting to violence.

How much Russia spends on information warfare in Ukraine, according to the Ministry of Information Policy of Ukraine: