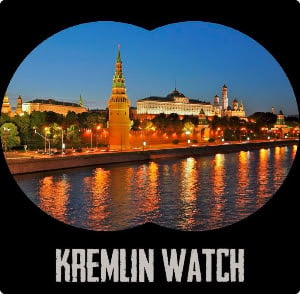 After a two week pause, the Kremlin Watch Monitor is coming to your mailboxes with a new set of nominees for the next Putinversteher of the week. Who could it be this time?

Representatives of UKIP for their connections with Russian Embassy

Interview with the chief of British MI5

Andrew Parker, the head of British counter-intelligence and security service, told The Guardian in an interview that the stability of the United Kingdom is being threatened by Russian state subversive operations: mainly espionage and cyber-warfare. In the interview, Parker also assesses the security threat posed to the UK by Islamic extremism. Recently, the government of the United Kingdom has approved an increased spending on cyber-defence. The budget for 2016-2021 will rise to 1.9 billion pounds, which is double the amount of the previous 5-year budget.

German Chancellor also warned against hypothetical Russian attempts to influence German elections with cyberattacks and disinformation. She stated that Germany already has to deal with information coming from Russia or with internet attacks of Russian origin. Russia is being suspected of being responsible for several cyberattacks on German institutions, including the Bundestag and the headquarters of Christian Democrats.

As Canada is preparing to send its troops to Latvia, to lead one of the newly formed NATO multinational battalions, the government is preparing to face a smearing campaign led by pro-Russian actors. According to defence officials, it is probable that the    deployed units will be accused of misbehaviour such as rape or sexual harassment in order to discredit NATO’s effort to provide security assurances to the countries in the region.

This information appeared after reports surfaced about a quarrel between British soldiers and locals in Latvia, which by one interpretation involved drunk and violent British soldiers, and by the second interpretation the confrontation was provoked and staged for an allegedly previously prepared film crew and thus was part of “Russian propaganda plot”. The Latvian authorities have not yet concluded the investigation.

Meanwhile, in Lithuania, the newly formed British 77th Brigade is conducting a training course by their Lithuanian counterparts on how to fight Russian propaganda.

In an article for Open Democracy, Anton Shekhovtsov challenges the assumption that the current relations between the West and the Russian Federation signify that a new cold war has started. Between the Cold war and current situation there are at least three major differences.

Garry Kasparov spoke about the Russian involvement in the US elections in an interview with Bellingcat: “Anything that helps Putin to divide Europe and to make it more vulnerable to his aggression is welcomed: and we should not forget that Putin is not a military dictator, but he’s a KGB guy. So that’s why clandestine operations are always preferable to him than a military assault, though he can use the latter one as well, as you can see.”

Samantha explains how the Russian trolls sponsored by the Kremlin work and how successful they are in this video:

Whenever we are watching, listening, and reading the news, it is always important to distinguish between credible articles and misleading disinformation. It is no secret that essentially every government in the world is trying to persuade local media about the benefits of their political steps and efforts. From the governmental efforts to the doubtful websites containing misleading information, one must sometimes verify certain news and reports. Many people share an article even if they only read the headline. There is a necessity for critical thinking and actions such as checking the article credibility with other sources or websites. If one does not find any other credible source, it is very probable that the information is an unconfirmed rumour or lie. If there is one thing to remember, it is that one should seek additional information related to the article, if he or she is not certain about the truthfulness of that information itself; even if it means to ask someone personally or do a little research, it is crucial that one does persist in verification of the news.

Czech disinformation websites attempted to prepare their readers for the victory of Hillary Clinton in the presidential elections in the United States. The elections were supposed to be manipulated and the potential victory of the Democratic candidate should have been illegitimate. Here are some examples of articles published before the elections: