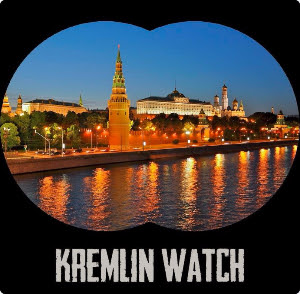 The case of MH17 finally closed?

According to 100 international prosecutors, the MH17 flight with 283 passengers on board has been downed by a Buk missile which came from Russia and was fired from the territory controlled by the separatists. Presidential spokesman, Dmitry Peskov, said that Russia has been “ruling out the fact that any Russian weapons were shipped to Ukraine”. In the meantime, The Washington Post and several other outlets reported that Russian hackers have been continuously harassing journalists participating on the investigation of the plane crash.

A Swedish anti-immigration party called Swedish democrats suspended their political secretary for publishing Facebook posts praising RT channel for being “the only channel which reports the truth!” and Vladimir Putin as a “politician who should be bowed before”. According to the party officials, this does not correspond with the party’s stances on the foreign policy issues.

A new group of bloggers emerged in Russia in an attempt to disprove the MH17 investigations; mostly focusing on undermining the credibility of the open-source investigations of the Bellingcat group. But according to the Atlantic Council’s Digital Forensic Research Lab, the independence and impartiality of the Russian bloggers, calling themselves the Anti-Bellingcat, is questionable. One of them is Mikhail Malyshevskiv, an advisor to the chief constructor of Russian arms manufacturer Almaz-Antey, a state-owned company producing the missiles for the BUK complex and participated in the attempt of the Kremlin to discredit the official Dutch investigation. The co-author Yuri Kotenok is a head of the press department of the Russian Institute of Stratefic Studies; a government think-tank founded by Vladimir Putin as well.

Shimon Peres, the last of the generation of founders of the State of Israel and a long-time proponent of a two-state solution, died in the age of 93. Politicians from all around the Globe came to honour his legacy to a funeral last week. One of the few statesmen who were missing was the Czech president Milos Zeman. Why? He went to Rhodos for the Dialogue of Civilizations conference hosted by the close ally of Vladimir Putin and a former high-ranking KGB official Vladimir Yakunin.

When asked about his absence at the funeral he said: “I thought a lot about going to the funeral. But I am used to fulfil my promises. And since I promised the organizers that I will come to Rhodos, I had to come. I like Shimon Peres very much. If I did not have this commitment, I would have come to the funeral.” When the president first officially announced his participation in Rhodos, he explained it by wanting to talk with Slovak Prime Minister and Hungarian president about the migration crisis. But Fico and Orbán both went to the funeral instead.

For his decision to visit the propagandistic conference for friends of the Kremlin despite all the Western politicians travelled to the funeral of an admired statesman and a proponent of peace, we decided to award Miloš Zeman with our weekly price.

At the Warsaw Summit, NATO decided to deploy troops in the Baltic states and Poland. That represents a critical step in enhancing the conventional defence posture of NATO. However, it does not necessarily improve the Alliance’s operational and tactical posture with regard to sub-conventional threats.

It is necessary to count with possible incidents that could happen when thousands of troops stay in the foreign countries for a longer period of time. These might include accidents with civilian traffic or crimes, which even if only based on rumors might be easily be exploited by Russian propaganda efforts. The troops could face civilian demonstrations within the Russian-speaking minorities. They could also become targets of organized violence and terror campaigns.

In order to at least try to prevent the abuse of such incident by the Russian disinformation campaign, NATO member states have to agree that the battalions’ deployment should be treated as an operation in all but title and tackle the thorny legal problems that open up immediately. The countries which contribute to the battalions will have to harmonize their Rules of Engagement and minimize national caveats. NATO should also develop contingency plans for sub-conventional scenarios.