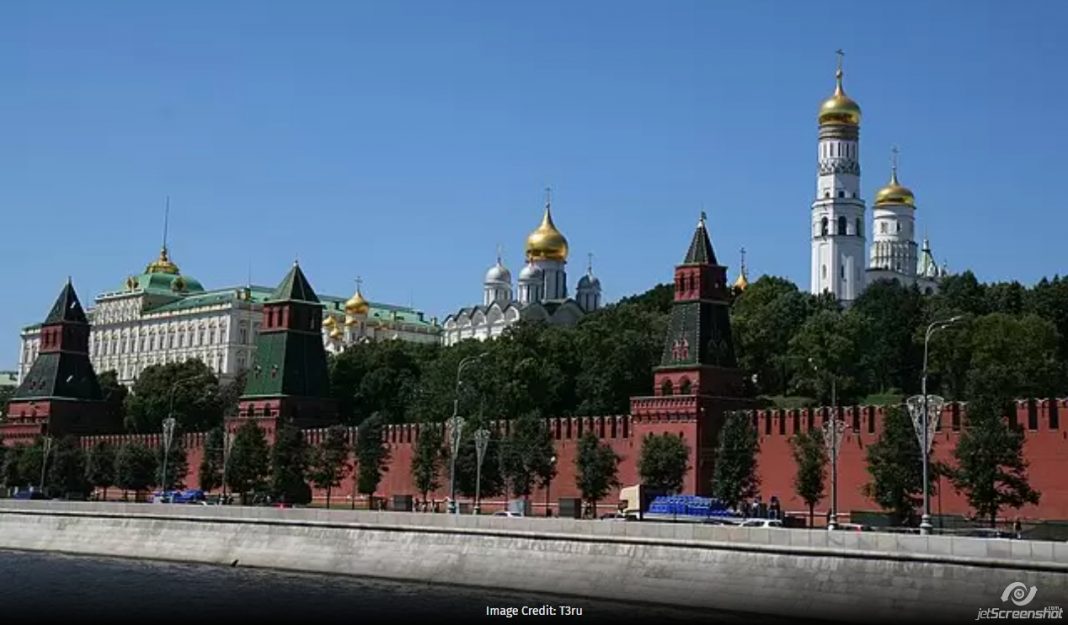 By Kseniya Kirillova, for Strike Source

Over the past seven years Russian propaganda has been characterized by increasing aggressiveness in line with the Kremlin’s muscular foreign policy since 2014, that is since the beginning of armed aggression against Ukraine. However, conscious of the need to justify each round of tension both in relations with the West and the close neighbors of Russia, the propagandists also resorted to other forms of influence in addition to the mobilization of a militaristic spirit.  Nevertheless, one gets the impression that over the past year even, these relatively “peaceful” forms of propaganda have acquired a nakedly aggressive character.

Russian propaganda may be divided conditionally into so-called “positive propaganda,” that is the creation of a positive image of the country in the framework of the traditional understanding of “soft power,” and destructive “information operations.” As for content, three types may be delineated depending on goals:

1. Misleading content aimed at discrediting the concept of truth as such. It is designed to confuse and, in principle, negate the ability to think critically. This type of propaganda is not aimed at creating a specific version of events among consumers of disinformation, or shaping their beliefs, worldview or attitudes towards any phenomenon. Its purpose instead is to create a feeling that objective truth does not exist as such, and any information may turn out to be fabricated. As a result, information about any crime by the Kremlin should also be perceived as a fake, “the enemies’ activities”, another tremendous lie, and so on.

This type of disinformation can be considered the most common weapon in the information war waged by Russia, widely used primarily by the famous armies of virtual “trolls”. Back in December of 2014, The New York Times published an op-ed entitled “Russia’s Ideology: There Is No Truth.” The author of the story, Peter Pomerantsev, points out that when Soviet-minded people accustomed to “doublethink and dual faith” came to power, they created a society in which pretense triumphed, with fake elections, a fake free press, fake free markets and fake justice.

According to Pomerantsev, while the Kremlin plays a game with the West, it spreads its tactics to international relations. The journalist believes that the Kremlin’s goal is to sow discord and “disorient” the enemy through information warfare. “At the core of this strategy is the idea that there is no such thing as objective truth. This notion allows the Kremlin to replace facts with disinformation,” the author says.

This content traditionally did not carry an aggressive message, and was intended only to form total cynicism and disbelief in any alternative sources of information, convincing people that everything is fake and PR.

2.  “Conservative” content, the primary intent of which was to strengthen “stability” and instill the need to support the current government. As with other forms of propaganda, it is based on distorting facts and causality, for example, claiming that “Russia is encircled by a ring of enemies,” and distorting the true reasons for the hostile attitudes of other countries toward Moscow’s policies.  In the Kremlin’s interpretation, Russia is not an aggressor, and the sanctions imposed by the West were the result of “envy” with regard to its “development.” However, for all the exploitation of the image of a “besieged fortress,” this type of propaganda boils down to an appeal only to defend and preserve the current order to the maximum extent rather than to rebuff the enemy.

3.  Especially aggressive content which is based on the same theses as “conservative,” but conveys the clear message about the need to “respond to external aggression.” In this we hear a clarion call to war, be it armed “support for the  Donbass,” destruction of Ukraine as a state, engaging the population in an information war or encouraging more denunciations.  In this type of propaganda, one clearly sees a justification and encouragement of aggression, even though it is justified by “defensive” goals.  An increase in this type of propaganda was seen in 2014-2015 but then fell off a bit.

However, over the past year there was a clear tendency to increase the percentage of aggressive content as well as a change and reorientation of other types of content toward direct justification for aggression. More than anything, this is connected to a change in the consciousness of Russians who were becoming less accepting of the hysterical TV shows. In particular, in the middle of August a study by Andrey Andreyev, an employee of the Institute of Sociology of the Russian Academy of Sciences, was published, according to which the ruling class is having a harder time selling external threats to Russians. On the contrary, Russians see the main threats inside the country, primarily the low standard of living and the deplorable state of medicine.

In particular, the first place is taken by the incidence of coronavirus (about 69% of respondents), the situation in the social sphere, especially in education and medicine (47%), as well as the state of the economy and the labor market (almost 46%). At the same time, fears related to external factors have steadily prevailed in Russian society for six years, but in the last year they have decreased to 30%.

One of the responses of the authorities to these tendencies is an increase in repression, including “cleansing” the political field and denouncing the preponderance of opposition media as “foreign agents,” which leads to a ban on election coverage. Thus, the Kremlin faced the dual necessity of increasing the aggressive content of propaganda: on the one hand, to distract the consciousness of a majority of Russians toward the fear of an external threat, and on the other to justify increasing repression.

THE TRANSFORMATION OF “DISORIENTING PROPAGANDA”

This trend can best be seen in the reorientation of “misleading content” and takes three forms:

1. Sharpening to perfection the thesis that any criticism of the authorities is the result of a “Western special operation” and therefore is deceitful by definition. The Kremlin’s political strategists were able to effectively use the fight against fakes to their benefit, “intercepting” this type of activity both from the Russian opposition and from their opponents in the West. For example, the former editor-in-chief of the American website USA Really, and now chairman of the media commission of the Public Chamber of Russia, Alexander Malkevich, in 2020, began a wide media campaign to “battle fakes,” mirroring the methods of his opponents.

Malkevich began with the launch of a site “to combat fakes about the coronavirus,” actually copying the idea of the Ukrainian Stop Fake anti-disinformation project. In addition to much needed information during the pandemic debunking a conspiracy theory about “microchipping,” these “social activists” also claimed that information on real disease outbreaks or hospital closures were fake. In the next step, Malkevich took the initiative to expose “fake information about constitutional amendments,” denying that there was any vote fraud.

Such efforts leave the impression that the main sources of fakes are not the government, but its opponents, so their revelations cannot be trusted. According to the same principle, officials initiated criminal proceedings against the Fund to Fight Corruption, headed by Aleksei Navalny, intended to discredit the very idea that there could be such a fight.

2.  If in the past disorienting propaganda created the illusion that to seek objective truth under such circumstances was senseless, now the very concept of propaganda has changed.  The population of Russia is actively encouraged to believe that the truth exists, and it is represented, of course, only by the official point of view. Anything that does not correspond to it is declared a manifestation of the “information war” directed against Russia.

3.  Accordingly, the concept of journalism as such is being destroyed. Instead, Russian propagandists directly call for an information war, and all who are represented in the media space are referred to as nothing less than “soldiers of the information corps.” Thus, even disorienting content in this case is redirected to calls for aggression and is only an aid to attempts to draw the population into anti-Western propaganda. In addition, such a formulation of the question allows not only to justify repression, but even to call for strengthening it, for example, to initiate criminal cases of treason for journalism.

Similar changes are taking place with “conservative” content, which previously differed from “aggressive” content only by the absence of a direct call for aggression. Nowadays, such a call is practically mandatory side by side with all “conservative” slogans.

Nevertheless, regardless of the increase in aggressive and mobilizing propaganda, it is highly unlikely to have an effect. To judge from the mood of the Russian population, repeating 2014 currently is impossible, and the increasingly insistent and repressive rhetoric of the propagandists arouses nothing more than increased rejection of such propaganda.

By Kseniya Kirillova, for Strike Source