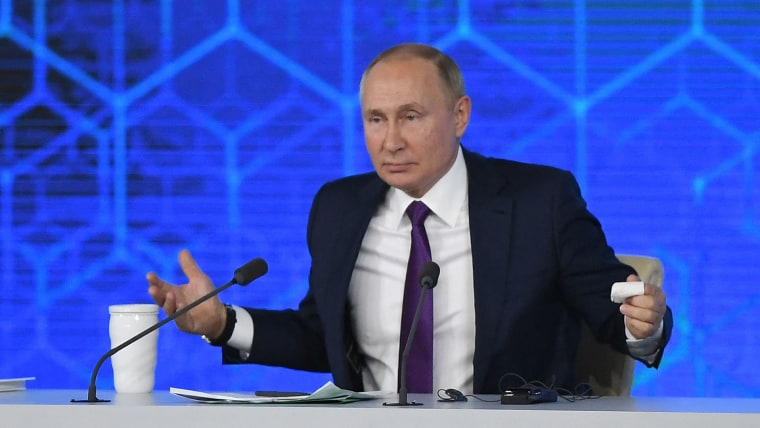 By Kseniya Kirillova, for Jamestown foundation

While Russia continues to build up its military forces on the Ukrainian border (see EDM, December 13, 2021 and January 20, 2022), the Kremlin has also stepped up the war against its southwestern neighbor in the information domain. This has been observed not only in a recent increase in aggressive rhetoric, which has periodically grown and ebbed for at least the last eight years, but also in a marked shift in the focus of Russia’s propaganda.

That shift first became noticeable at the beginning of last year, with the sudden collective advancement of a narrative describing Russia as ostensibly the carrier of a “new ideology” and genuine Western values. In fact, the Kremlin has long been creating mini-ideologies “for export” aimed at specific social groups abroad, most often those who hold the most radical views. Separate ideologies are created for members of the radical right in the United States (Svoboda, August 15, 2017), inhabitants of occupied Donbas (Radio Svoboda, December 23, 2020), and even for different groups in the Russian diaspora around the world (Svoboda, November 20, 2017).

However, as researchers have generally agreed, until recently a different propaganda tack prevailed in the Russian information space: narratives designed to discredit “the truth” as such and, in principle, to negate the audience’s ability to think critically (Rand.org, 2016). As Russian propaganda analyst Pyotr Pomerantsev noted, the purpose of such an informational strategy was to create a feeling that objective truth does not exist and any presented evidence may turn out to be fabricated. As a result, all reports of any crimes linked to the Kremlin should also be perceived as fake (ВВС—Russian service, January 30, 2015).

The Kremlin likes to play up conflicts in Western societies, but it has heretofore not tried to present the Russian Federation as an ideal country. Rather, the goal has been to convince Russians that fair elections, democracy and independent justice do not exist anywhere in the world, and that these concepts are just a pretext for “American expansion” (Izvestia, January 29, 2019).

Yet in recent months, propagandists upended that narrative to claim that all of the above-listed values actually do ​​exist—but are solely embodied in Russia. As the editor-in-chief of the television channel RT, Margarita Simonyan, stated at the end of December, “We are not just a democracy, we are the last true democracy left in this world” (YouTube, December 24, 2021).

On the one hand, this idea is presented in order to more strongly mobilize the population of “absolutely good” Russia against the “absolutely evil” West. In addition, portraying Russia as a carrier of the ideology of “healthy conservatism,” combined with theses about the “exhaustion” of the capitalist model (as voiced by President Vladimir Putin a few months ago), are designed to attract new allies abroad, both from the political right and left (Vedomosti, October 21, 2021).

On the other hand, the return of this “positive agenda” in the government-controlled media has become an excellent justification for the repression of journalists. Since the Kremlin’s official point of view is considered the “ultimate truth,” state-guided propagandists have been able to label any differing perspectives as elements of an “information war against Russia,” while Kremlin critics are “soldiers of the enemy’s information corps” and “foreign agents” (YouTube, August 4, 2021).

The growing intensity of the informational assault, meanwhile, can presently be seen not only in an increase of pro-war propaganda but also in a notable reduction of content designed to justify or obfuscate such Russian aggression. Of course, in previous years, there, too, were promises to turn the US into a “radioactive ash heap” as well as calls to “liberate the Donbas” and destroy Ukraine as a state (Politnavigator.net, June 24, 2018). However, such appeals were rationalized by referencing numerous myths about “Ukrainian fascists,” “the genocide of Russian-speakers in Donbas,” “boys crucified by the Ukrainian army,” and so on (YouTube, July 15, 2014). At the same time, Russian propagandists paradoxically tried to combine their aggressive rhetoric with the image of a “peaceful” Russia, which supposedly does not interfere in the “civil war in Ukraine” (Komsomolskaya Pravda, January 31, 2021).

That narrative has survived to this day, but the ratio of “aggressive” and “justifying” content has changed significantly. The myths of 2014 have been pushed to the margins of the information space, and in their place there is now a stream of “pure” propaganda of aggression. For example, Alexander Dugin, the infamous “Eurasianist” ideologue of Russian foreign policy, openly demands that the Kremlin seize the entire Left-Bank Ukraine, reach the Baltic countries, and offer them a choice: neutralization or war. As to the remaining countries of the post-Soviet space, Dugin proposes to forcibly include them into a new, geopolitically founded “Eurasian Union” (Katehon.com, January 10, 2022).

Russian TV channels discuss in detail the possible takeover of Ukraine, calling it a “military-political” or “military-police” operation. Alexei Zhuravlev, the first deputy chairperson of the State Duma Committee on Defense, has repeatedly appeared on national television to discuss how Russia will “completely destroy both Europe and America,” interspersing his remarks with obscene language and insults (YouTube, January 17, 2022). At the same time, the rationale for such a deluge of hatred is expressed quite vaguely. War is declared as the only way to “strengthen the sovereignty of Russia,” allowing the country to “become a subject of geopolitics.” It is presented as something necessary and inevitable, but no detailed explanation of this inevitability is ever given.

Most Russian officials still strive to maintain the old pattern: rebuking the perfidious West for accusing “peace-loving” Russia of aggression for absolutely no reason (RIA Novosti, January 19, 2022). However, they increasingly contradict the words of their own war-fixated propagandists. Sometimes the denial of aggressive intentions also serves to justify war. For example, the head of the Federal Agency for the Commonwealth of Independent States Affairs, Compatriots Living Abroad, and International Humanitarian Cooperation (Rossotrudnichestvo), Yevgeny Primakov, Jr., wrote a lengthy post stating that regardless of Russia’s actions, it will still be “oppressed,” meaning that Moscow has nothing to lose (ЕADaily, January 17, 2022).

Significantly, the same Russian expert said that the US would like to drag Russia into a war with Ukraine, but Moscow should not succumb to these provocations (YouTube, January 12, 2022); five days later, he said the exact opposite. In particular, the speaker assured that armed conflict in Europe is now extremely inopportune for the US, yet despite everything, Russia should “go on the offensive” on both external and internal fronts (YouTube, January 17, 2022). For those searching for signs that Moscow is seriously contemplating war, such trends are more than worrying.

By Kseniya Kirillova, for Jamestown foundation