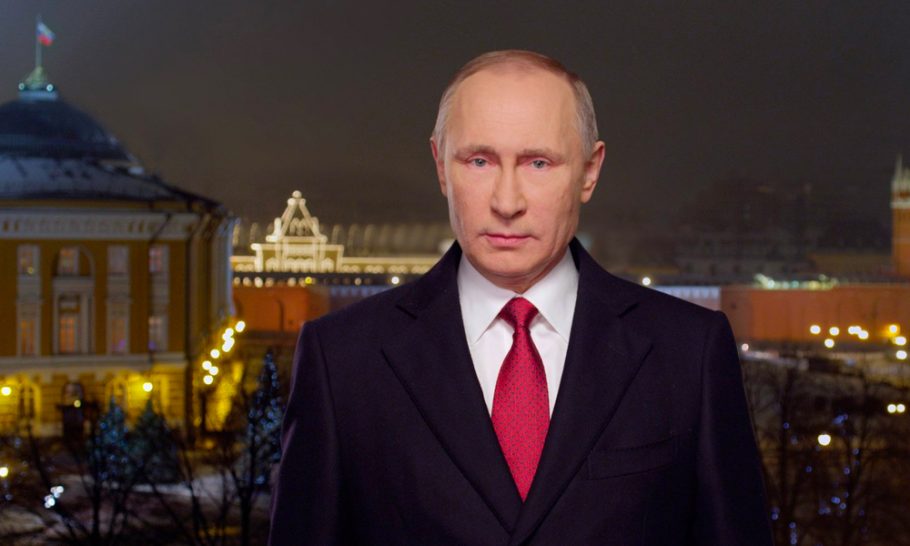 As the Belarus crisis unfolds, the actions of the Russian leader may seem irrational, but they are dictated by three unalienable principles, explains Kseniya Kirillova

At the end of August, Russian President Vladimir Putin said that his country, at Belarusian President Alexander Lukashenko’s request, had formed a reserve of law enforcement officers that could be used for riot control.

The Kremlin fully recognised the results of the recent, rigged Belarusian elections, which saw the President win with 80% of the vote, and announced Lukashenko’s visit to Moscow in the next two weeks. It seems that Putin decided to support the Belarusian dictator, despite the opposition of Western countries.

Frosty relations with the West have further been compounded by the confirmation of the poisoning of leading Russian opposition politician Alexei Navalny with the chemical agent Novichok.

However, it seems that the Russian leader is not worried about a new round of aggravated relations. As German Chancellor Angela Merkel said in 2014: “Vladimir Putin lives in another world.”

Indeed the Russian leader and his inner circle hold certain pillars of thought that are static and unconditional – immovable in the face of circumstances – which explain his willingness for conflict.

In the Chekist mentality, the United States is the “main enemy” with one goal – in whatever way possible to destroy Russia. This idea has been repeatedly voiced by Putin’s close ally, former intelligence officer Vladimir Yakunin, Russian military analysts specialising in the USA, and Kremlin political analysts. Putin frequently justifies his actions by claiming he “had no other choice,” testifying to the fact he shares the opinion of his advisors.

This key postulate explains Russia’s aggressive interference in the affairs of the US, as well as the Kremlin’s unwillingness to abandon this tactic even when faced with a backlash and sanctions from Washington.

As a result, this anti-American paranoia becomes a self-fulfilling prophecy. If the enemy is implacable and relentless, it is impossible to come to an agreement with him, which means he must be defeated.

In truth, Russia’s own actions are turning the US into an oversized enemy. All countries have their own interests – which revolved around economic and geopolitical competition. The interests of Russia and the United States may clash naturally in various areas, but under normal conditions this would not lead to a war of destruction.

The US did not try to destroy Russia at the moment of its greatest weakness – in the 1990s, and moreover did not obstruct the growth of Russian prosperity along with the rise in oil prices, even under Putin’s regime. The current level of tension emerged because the Kremlin first began to cross these lines.

In Putin’s world, people and nations are not considered subjects, but rather as targets to be manipulated. From this follows the appropriate attitude toward such objects: they can be bribed, intimidated, and in the end eliminated. This approach automatically turns individuals and entire nations into faceless entities that can be gamed as if in a mythical casino.

This causes Putin and his cronies to act with bewilderment when people display natural, spontaneous reactions to external events.

Chekists believe that any reaction must be the result of some external influence, rather than individual agency. If the object lacks its own will, it cannot act other than as a result of outside manipulation.

Thus, in the Putin mindset any serious activity is perceived as resulting from an operation carried out on someone’s order and paid for by someone’s money. For instance, in 2011, Putin accused the United States of provoking protests in Russia, which is fully consistent with both the perception of his own citizens as objects, and with the attitude towards America as an absolute enemy.

The Logic of Serfdom

This postulation is logically derived from the previous one, and it may be characterised by one phrase: “Everything that was once Russia must remain its.”

This is why ‘high treason’ in Russia deemed to involve anyone who has provided consulting assistance to representatives of a foreign or international organisation (including ordinary housewives and saleswomen).

A person born in Russia “belongs to the soil,” in the same way that serfs were once considered to belong to it in the 19th Century. He is forbidden from choosing another country and, generally, has no right to form his own identity.

Understanding these three postulates helps to explain Putin’s policies and positions. The Kremlin enjoys success in pinpoint operations – the essence of which is manipulative influence on specific objects – be it bribing Western politicians, recruiting spies, or destabilising regions.

But the inability to understand the popular conscience and the phenomenon of genuine civil society has caused much more serious failures. And while the special services are busy looking for conspiracies, society is developing according to completely different laws which the Kremlin is no longer able to influence.