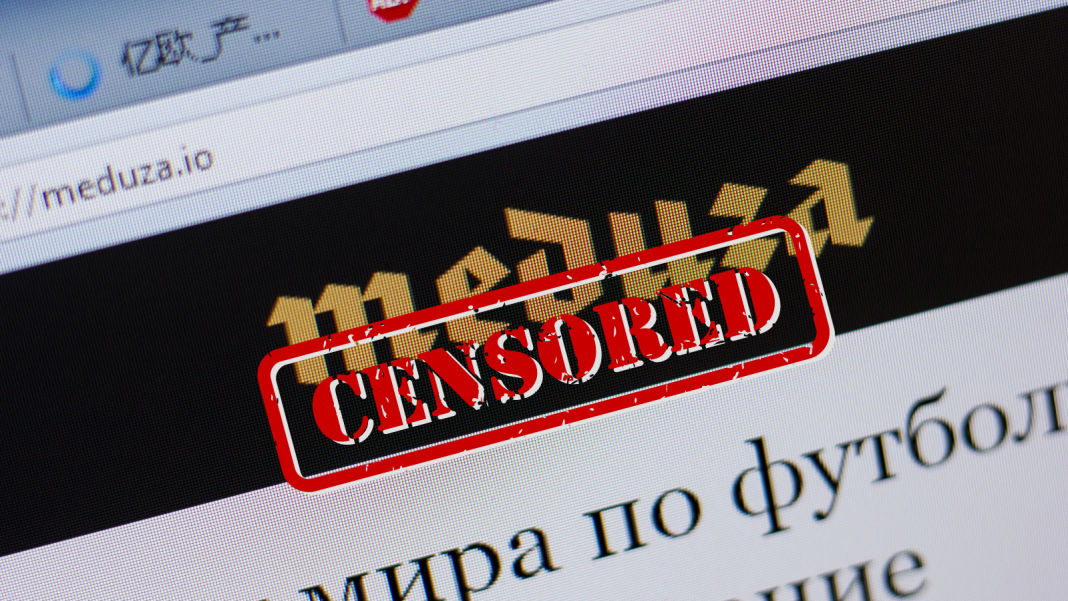 The Medium is the Message

In pro-Kremlin ideology, media should fulfil their duty as tribune, clearly discerning friends and enemies. For example, Swedish media are painted by pro-Kremlin outlets as hypocritical, as they are more concerned with the fate of Navalny than with Swedish citizens in foreign prisons.

From the perspective of media-as-tribune, the independent journalistic platform Meduza is an anomaly in the Russian media landscape. No wonder then it was designated by the Russian Ministry of Justice as a ‘foreign agent‘, thereby putting serious restrictions on their operation.

However, we spotted a claim flatly denying Meduza is in any way hindered by Russia. According to this narrative, Meduza operates fully and without discrimination. With the typical pro-Kremlin-media-jujitsu, the spokesman for the Russian Foreign Ministry even added: Russia does not give Meduza the same treatment RT and Sputnik receive from the EU and US.

The European and American love for Totalitarianism

Talking about the US and the EU, according to pro-Kremlin media, an interesting game is going on: who’s using who? In one story, the US uses the EU as a “spear point” against Russia, whilst in another the West is using Ukraine to undermine peace and security in the Black Sea region. Their endgame? Establishing totalitarianism in the World. This also explains why Washington is suffering a special sort of “clientitis”: it is supporting fascists in Ukraine.

Insane in the Ukraine Membrane

From American diplomacy to fascism is a small step for the pro-Kremlin media apparatus. It is approximately the same mental distance as from Ukraine to the fascist coup d’état, which, allegedly, happened in Kyiv in 2014. Similarly, we saw the narrative of Ukraine decommunisation as a path to fascism. In establishing the idea of Ukrainian fascism, pro-Kremlin outlets hope to create legitimacy for illegally annexing (more parts of) a sovereign country.

At the same time, the pro-Kremlin media this week also offered narratives in which the Donbas conflict is portrayed as a civil war. The events in Donbas are pictured as an internal Ukrainian conflict, in which Russian troops were never involved. In another narrative, Kyiv attacked Donbas in 2014. Similar is the story that many defended Donbas and Luhansk against a Kyiv military operation. These false stories aim to minimize the picture of Russian military involvement in the region, including apportioning blame. We have seen this in 2015, 2016, 2017, 2018, 2019 and 2020.

Aiming for a similar effect was the case of Ukrainian President Zelenskyy mounting escalation in Donbas to draw Biden’s attention. These cases illustrate Russia does not see Ukraine as a sovereign country, but as its own membrane. The word membrane, in biology, refers to the thin layer that forms the outer boundary of a living cell or of an internal cell compartment. Another word for membrane is buffer.

Sadly, we are still in a pandemic and we are still spotting vaccine vilification on a daily basis. Take the following falsehoods for instance:

This week we also spotted a few cases with a revisionist touch. It is a recurring phenomenon to see historical narratives gain strength around Victory Day, on May 9.

For example, the claim that Polish elites try to put Poland in the row of countries that collaborated with fascists. This story is somewhat remarkable, given that it was Poland that suffered immensely from its totalitarian neighbours. Also, according to a pro-Kremlin outlet, the West is rewriting history by claiming the USSR colluded with Germany. In similar fashion, we noticed the claim that the UK and US supported the USSR only from 1945. This is a recurring deceptive narrative on WWII, aiming to diminish the role of the Western Allies and their financial and material support to the Soviet Union. In reality, the Western states provided help to the USSR from the very beginning. Winston Churchill underlined in 1941 the need for military assistance to the USSR.

Again, we spotted a few cases carrying a specific sexual energy. For example, a claim that Western men are feminised. Consequentially, they are no longer able to defend women from the sexual assaults of migrants. This looks similar to the story about a 5th column of European and American liberals trying to achieve a compromise of family institutions. Finally, a staggering case claims that in Sweden raping women is becoming a right for men of colour.

In short, this was another week of disinformation fireworks, which upon closer look presented the repetitive explosions, lights and bangs.