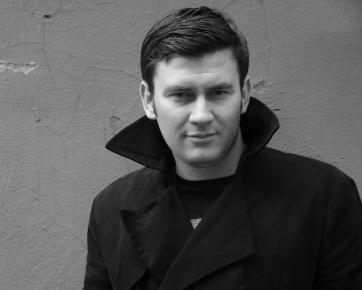 For me the biggest surprise in the current situation is rapid, I would even say instant, demoralization of our media. All who tried to pretend to be a journalist yesterday, today somehow spread out propaganda – frenzied, primitive and cruel.

Our TV has burst like an abscess. So loved previously “Gazeta” and “Lenta”, became empty stuffed dummies of their former selves. Journalism no longer exists in the country. People, who seem to be ordinary and sane, have forgotten about everything and lie, lie, lie! Chicks with made-up lie in “Vesti” and “Perviy”, correspondents lie, editors lie trivially, the chief editors lie big.

And how did it happen? Only two months ago these people were human. After all, those who are now so desperately, so passionately lying, could not be completely reborn within a month.

We know that people, when forced by circumstances, lie and lackey (kowtow, truckle) , trying to avoid cognitive dissonance. They put all effort to collect information that would help to justify themselves, to prove to themselves they do not lie and do not lackey. Rational thinking has nothing to do with it. Emotions determine everything. Liars and scoundrels cannot live their lives accepting that they actually are liars and scoundrels. So they convince themselves that their truth is what they publish. It is the others who are lying. They are just protecting themselves and their side of the story. And that’s why they are right. Their position is vulnerable, fragile, and support is very important for these liars and scoundrels: because in their childhood they were raised to be good people, and they now are having hard time. Any praise, any recognition is very important for them.

And so we read: Vladimir Putin awarded medals to more than three hundred journalists for “objective coverage of events in the Crimea.” Well, in general in Ukraine. Awards and medals – for correspondents, presenters, showmen, chief editors… “Alexander Nevsky”, “Merit for fatherland” and “Medal of Merit”.

There were correspondents who had to go through hell of a real battle in order to get information. You may argue they deserve a medal for bravery. But what did Kulistikova and Solovyov get their honours for?

The first thing that comes to mind: they aren’t awards for hard labour, but for combat. It is allegedly war time. It means that there are enemies on the other side, and it means that the pen must be equated to the bayonet. A la guerre comme à la guerre.

And then you wonder: who started this war? Who conjured Banderivtsy and fascists, UNA-UNSO, who stirred up hysteria among russian-speaking Ukrainians and Ukrainian Russian, who was reminding them them about Lviv massacre for the last half year at breakfast and about Kharkiv hanging at lunch? Who turned “Right sector” from a handful of misfits who had no name before, into central force of Ukrainian nationalism?
And who, more importantly, injected this nationalism with growth hormones, month after month pouring lies all over Ukraine?
As a result we do have the war now: there are dead on each side. Now nobody wins. Now when this anthill is set on fire, you can shake off your hands, stand back and stare, taking “an impartial stance.”
So: all of it happened because you, guys, have staged it all. The Kremlin has invented it, and you have brought it to live. Each of you who did not want to change jobs. Who was afraid of lowering wages. Who simply didn’t know how to argue with the boss. Who convinced themselves that they were in the right.

“Polite people” – special forces of GRU – maybe didn’t kill anyone. But you have killed. It won’t be easy to live with it now. Better to lie to yourself, as you lied to others. Better inject some drugs and forget.
Your medals – it is not a reward. Putin distributed syringes with morphine.