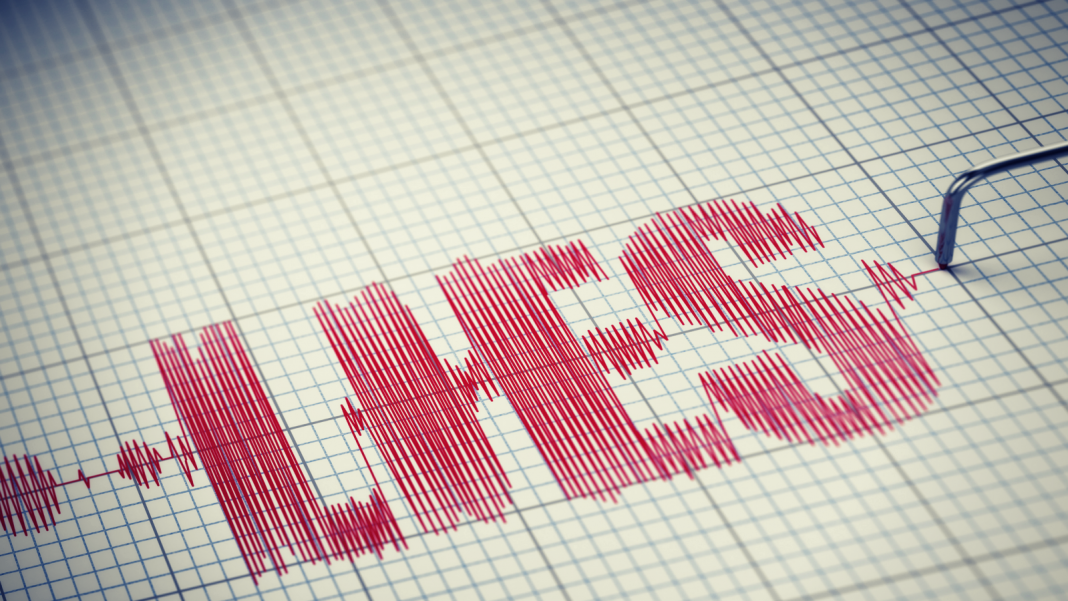 The illegitimate president of Belarus, Alyaksandr Lukashenka, is clinging to power, based on a lie that he won the presidential election in August 2020. This is the fundamental lie of his power. To prop up the lie, he has resorted to violence on several occasions.

Alyaksandr Lukashenka is an illegal president, but he controls the machineries of lies and violence in Belarus. The act of air-piracy against Ryanair FR4879 illustrates both. In order to extort violence against a dissident journalist, he deploys a lie about a bomb threat, and supports that lie with a threat of military violence, sending a fighter jet to intercept the passenger aircraft.

The conversation between the air traffic control and the flight crew was deliberately doctored in news reports. The Belarusian state broadcaster attempted to show that the decision to land in Minsk, despite Vilnius being closer, was taken by the flight crew:

A portion of the conversation between an air traffic controller and Boeing pilots leaves no ambiguity: the pilot clearly lets the other side know that the initiative to land in Belarus belongs to the crew. This is the crew’s decision: to make a turn and to land at Minsk International Airport minutes later. The reason is a message about a bomb placed onboard the plane.

This statement is false. The full transcript, published the next day, shows that Minsk air traffic control instructed the pilots to divert to Minsk:

Pilot: OK, I give you (unreadable) can you say again the IATA code of the airport that authorities have recommended us to divert to?

Pilot: can you say again please?

ATC: RYR 1TZ this is our recommendations.

Pilot: can you say again?

ATC: RYR 1TZ this is our recommendations.

In a passionate speech Wednesday 26 May, Mr Lukashenka emphasised that he was responsible for all actions taken in order to divert the aircraft, as the bomb threat was serious.

Research produced by The Daily Beast and The Dossier Center has obtained the original bomb threat e-mail, allegedly sent from Hamas to the airport authorities. And the letter was sent 24 minutes after the order to divert the airport. The lie about the bomb threat is not only a lie, it is a crude lie.

While the illegitimate president Lukashenka is lying, his minions focus on the applied violence. The state-run news agency of Belarus has distributed videos, in which the detained Raman Pratasevich and Sofia Sapega “confess to their crimes”. This is a practice used by terrorist groups and rogue states.

Violence and lies are intimately connected. Nobel Prize laureate Alexander Solzhenitsyn describes in an essay the connection between the noisy violence and the poisonous lies:

When violence bursts onto the peaceful human condition, its face is flush with self-assurance, it displays on its banner and proclaims: “I am Violence! Make way, step aside, I will crush you!” But violence ages swiftly, a few years pass—and it is no longer sure of itself. To prop itself up, to appear decent, it will without fail call forth its ally—Lies. For violence has nothing to cover itself with but lies, and lies can only persist through violence.

On 21 May this year, the opposition activist Vitold Ashurak died from head wounds in prison. In November 2020, the opposition activist Raman Bandarenka died after police violence in Minsk. In February 2021, the UN Special Rapporteur on human rights in Belarus, Anaïs Marin, reported thousands of cases of torture, intimidation and threats against activists, human rights defenders and journalists. Ms Marin concludes her report:

The unprecedented scale of human rights violations, the ultimate impunity in which they are being perpetrated, and the continuing deterioration of the human rights situation – all of these should compel the international community not only to continue its close scrutiny of the human rights situation in Belarus, but also to further consolidate its efforts to change the trends I just mentioned. The Belarusian people are eager to see these changes, and these efforts too.

The Belarusian human rights organisation, Viasna, reports that Lukashenka’s regime currently holds 421 political prisoners. Belarus is one of the 51 founding members of the United Nations. The country is being held hostage by Lukashenka, who is denying Belarusians the fundamental freedoms of the UN Charter.