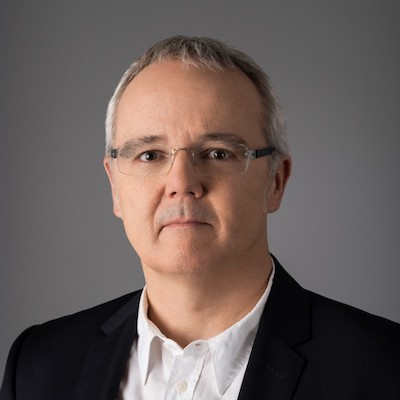 By Peter Bale, for NiemanLab

“It’s no accident that academic and journalist Peter Pomerantsev’s first book, about the wild days of journalism in Russia, was called ‘Nothing Is True and Everything Is Possible.’”

Truth will be the big casualty of 2020 as the U.S. presidential elections follow the 2016 campaign and the 2019 British general election in reframing the lie as the center of political discourse. Lies and the gall with which they are deployed have been normalized.

I have been thinking often lately of the philosopher and writer Hannah Arendt and her warning nearly 70 years ago as to how fascism took hold: “In an ever-changing, incomprehensible world the masses had reached the point where they would, at the same time, believe everything and nothing, think that everything was possible and that nothing was true…”

I don’t believe journalism is faring well against the tidal wave of misinformation we face from our elected politicians.

In the United States, we have been disintermediated by a president who understood Twitter instinctively and uses it to set the agenda which mainstream media feels compelled to follow. In the United Kingdom, a government that won on a raft of lies has made clear it intends to weaken the central role the BBC plays in the national news debate.

Journalists seldom set the agenda in political reporting — though that role is arguably still strong in financial journalism, where The Wall Street Journal and the Financial Times achieved ground-breaking exposés from Goldman Sachs and 1MDB to Wirecard.

It is a strange phenomenon that the death of truth in political discourse is matched by a loss of trust in media. Never has media been more effective at fact-checking, data journalism, FOIA requests, and fast and thoughtful correction of errors. Recent excellent FOIA work by the Center for Public Integrity, exposing the evidence of the quid pro quo on Ukraine, is a great example of pure reportage and the use of tools like FOIA.

Yet trust dwindles. I regret I don’t have good answers to that problem other than redoubling efforts on core news reporting and working much harder to distinguish news from opinion. I believe the blending of opinion and commentary with news — particularly as a design issue on smaller devices and in Facebook — is a serious drain on journalistic credibility.

There are flickers of optimism: Bellingcat has exposed Russian espionage actions, war crimes in Syria, and much else based on dogged reporting. ProPublica has won support to expand its methods into regional and local reporting. Rappler still stands in the Philippines. Newsroom.co.nz in New Zealand demonstrates that new business models might work.

Despite that effort and the enormous investment in fact-checking organizations to catch out sloppy reporting and even sloppier politicians, I don’t believe we are winning the battle to reclaim trust. Maybe it is an essential component of a journey to re-establish the confidence of the general public, but right now I am not optimistic.

And to go back to the beginning, we need to ask who benefits from this lack of trust in journalism and the very idea of truth. It is a tactic as old as the Tsarist secret police, perfected in Russia under communism and deployed globally under Putin. It’s no accident that academic and journalist Peter Pomerantsev’s first book, about the wild days of journalism in Russia, was called Nothing Is True and Everything Is Possible.

By Peter Bale, for NiemanLab

Peter Bale is a London-based media consultant, former president of the Global Editors Network, and former CEO of the Center for Public Integrity.