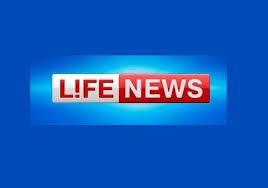 In the today’s war the media confirmed to have the status of the fourth estate. But the estate, which is not burdened with obligations or responsibilities, Artem Afian says in his blog on LIGA.net.

Propaganda, is undoubtedly one of the pillars of today’s war. All of these tanks, machine guns, ribbons would remain simple props without absurd and hysterical scenes of Russian and pro-Russian media. Beating the LifeNews correspondent, smashing the Vesti editorial office – is only the first public reaction to the propaganda. And they have such a primitive character because laws are helpless against informational war.

How to stop the hostile propaganda? How to distinguish it from the freedom of belief and expression? Is it possible to ban the pro-Russian propaganda, not banning pro-Ukrainian ones? Laws do not give a clear answer.

Before you require shutting propaganda up on Facebook, paying their virtual moaning to the government and law enforcement agencies, let’s see, what legal arsenal can they use.

Articles of the Criminal Code, for which initially clings to look – it is a crime against the foundations of national security. They involve direct actions aimed at overthrowing the government, or an infringement of the territorial integrity of the state. These articles can cover only a small fraction of direct appeals to overthrow the government, which conducted through the media. But a large part of the information flow consists of a false logical connections or a small manipulation of facts. Propaganda journalists can tell about the tomatoes harvest in Siberia in a way, you will hate the whole Europe without the overthrow propositions.

Talking about freedom of speech, article 171 of Criminal Code is often remembered (obstruction of legitimate journalistic activities), which had been mentioned a lot during the Maidan protests. It can be used only if the journalists were forced to distort the facts. But in the case of propaganda, we are talking more about the voluntary consent of journalists to a distorted presentation of information. And it can be treated as a rape – consent excludes crime.

The closest essentially qualification of propaganda is Article 161 of the Criminal Code – incitement to racial, national or other hatred. This article can serve as a basis for the analysis of materials, using language like “killing of ukrops”. Fairness, it should be noted that replacing the word “ukrop” to “colorad” we will get an identical corpus delicti. Propaganda can not be outlawed, if it is only pro-Russian. Unless, of course, we are going to say goodbye to democracy and European choice. Patriotism can not justify the removal of Themis blindfolds to understand – is the Russian TV lying to harm or Ukrainian stretching the truth for morale.

However, the main problem is that the content of the 161st article can not accommodate a systematic warming of the atmosphere of hostility. The second difficulty is the installation of the connection between human actions and propaganda. Few separatists openly say that they took up arms, because the main channels of the Russian Federation irritated his brain. Answering, they will state that it was their belief, Holy Rus, “dedyvoevali”, “krymnash” and a full set of stamps, which is perceived apart from the supply channel. It is even more difficult to establish a connection with the propaganda, if the offender survey was complicated by his death.

One of the main lessons of this war will be the role of propaganda. Society must learn to resist it, revealing the early stages of information manipulation, threatening the mass casualties.

In the world practice the most, in my opinion, indicative of the fact of attraction the journalists to justice, is the case about the genocide in Rwanda. Largely massacres of Tutsi nation were instigated by systematic plots about the rule of Hutu nation on the “Radio and television of a thousand hills.” Anchorman Jorge Omar Rudzhu was sentenced to 12 years in prison. In fact, he was charged with the very incitement to hatred and incitement to murder. But the problem of this case is that such an interpretation would never allow stopping crime before the blood was shed.

September 2 a bill №4263a on combating the foreign information aggression was failed by Verkhovna Rada. Unfortunately, the fact of the failure at the current composition of Parliament does not say anything about the quality of the document. But it is indicative that the bill proposed to the courts to prohibit the distribution or retransmission of programs that (Warning!) (a) may pose a real threat to the territorial integrity (b) disturbances (c) the commission of criminal offenses (d) a threat to public health (d) threat to human and freedoms of others.

The first vulnerable point of the bill is that the ban could be applied only to foreign media. Once registered in Ukraine, media can pour streams of misinformation to bypass the law. But the main thing – can you imagine the justification of the ban? For example, the notorious story about the Kiselyov’s nuclear ashes. How is it possible to prove that the story poses a threat to commit a crime? Well a man is talking about the Russian Federation nuclear defense system; Well, let’s say, he is a bit hysterical; Well, he is ugly; Well screams in the frame and waving his arms. But the Court needs the clear qualification of actions, all there logical links and other boring stuff. How is the Court to prove that this story poses a threat to Ukraine? And how to distinguish this propaganda from, leys say, “Jackass”, popular in the United States TV show, in which young people are jumping from the roof of the store or stapler their skin on the buttocks? Is not the threat of committing acts of hooliganism after seeing the program in the second case is higher than in the first?

The media in this war confirmed their status as the fourth estate. But the estate, which is not burdened with obligations or responsibilities. Unfortunately, all the talk about self-regulation of the media market and journalism or a public control – is the profanity. Without being backed by legal mechanisms, fig leaves of lofty ideals only hide market of total information of prostitution.

Every war leaves on its own track. The track in our hearts, the culture, the structure of society and law. This war is not the exception. It seems to me that one of the main lessons of this war will be the role of propaganda. Society must learn to resist it, revealing the early stages of information manipulation, threatening mass casualties. New, post-war, rules for filing a media are likely to be uncomfortable. It seems like additional control over the financing of the media will be installed. Journalistic community should be actively involved in the process of developing new rules of the market, because without them we will have either censure or pogroms.