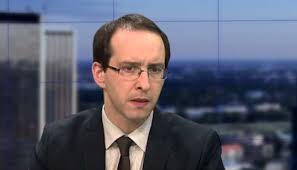 One of areas Russia heavily exploits in its hostile information activities against Poland is history. For the Kremlin, this year’s 80th anniversary of the outbreak of the Second World War was a good occasion to push multiple manipulated narratives. They included not only quasi-historical bits, but also attempts to meddle with the current political agenda. Yet, such activities are just a small portion of the Moscow-led hostile influence operations against the West.

Around the dates marking 80 years since the start of the Second World War, Moscow was particularly engaged in whitewashing the history of the Soviet Union. For years, Russia has been making efforts to erase from memory and mind of different nations the fact that in September, 1939, the USSR was one of the aggressors. Indeed, Stalin and Hitler plotted together to wage a war, attacked Poland, and – during the occupation of Poland in 1939-41 – cooperated closely on an ongoing basis. Both dictators used similar methods to squash the Poles, including by murdering them, sending them to camps, stealing Poland’s national heritage and assets, and foiling any form of resistance. The Soviet Union was not only complicit in starting the war, but also aggressively involved in crushing the Polish nation for many years after 1945 – a year that brought yet another occupation to the Central and Eastern Europe.

The facts and archives indicate explicitly that the USSR and the Nazi Germany bear responsibility for the war and atrocities that came with it. However, the narrative spread by the Kremlin paints a different picture of the events of 80 years ago. As in previous years, this time also Moscow tried and told the world that the Second World War started only in 1941, with Hitler’s attack on the Soviets. As for September, 1939 – the Russian propaganda went on to say – the Soviet military operation was nothing but a mission to protect Ukrainian and Belarusian minorities living the then Polish territories. Moreover, not only did the Kremlin try to whitewash its past, but also it accused the West of having provoked the war. According to that concept, the USSR had no other choice but to strike a deal with the Germans, after its attempts to get the Western countries together to counter the German imperialism had failed.

The Kremlin has been following a very clear rule that the picture of the Soviet Union’s history must be either glorious or defensive or both. This explains why in recent weeks the narratives pushed by Russia in the media have been packed with absurd claims that it is Poland who is to blame for the Second World War. The selection of “arguments” is broad: Poland was the aggressor, Poland provoked Germany, Poland thwarted the effort to sign an anti-Hitler pact, Poland did not allow Soviet troops to enter its territories where they could defend Europe from the German aggression, Poland this and that… Cutting out the aggressive parts from the history of the USSR has led the Russian propaganda to ridiculousness. According to one of such nonsense narratives, after the war West Germany was occupied by the Allies and Poland was liberated by Soviet troops. Whitewashing by the Kremlin of its own past is carried out with a complete disregard to historical facts. The current goals of Russia are more important that is why Moscow will use any methods it pleases, including revealing the alleged new historical documents that cast a different light on the circumstances of the outbreak of the Second World War. This is exactly what happened this year. By publishing a set of “newly discovered” materials, Russia wanted to prove its version of history was the legitimate one.

Truth or the knowledge of history mean nothing to Russia. In recent weeks the Kremlin has tried to manipulate a number of generally known facts. It repeated like a mantra that the Hitler-Stalin Pact of 1939 (aka Molotov-Ribbentrop Pact) was a mere non-aggression treaty. It employed the Soviet-style tactic of covering up the fact that to the pact was appended a secret protocol dividing the CEE into German and Soviet spheres of influence (upon signing the pact, it became clear that Stalin and Hitler were poised to wage a war). Here is another example of manipulation – the 1939 Soviet Russia military operation against Poland was not an attack, because by the time the Soviet troops crossed the Polish border, the state had ceased to exist and the army had been defeated. That is how the Kremlin tried to cover up the fact that in many places the Polish army had put up a stiff resistance to the Red Army and that on September 17th, 1939, the Soviet Russia had invaded an independent country struggling to defend itself from the German forces. Note that at that time the Soviet politicians did their utmost not to be accused of complicity in starting the Second World War. Thus, the Soviet attack on Poland was “embellished” with propagandistic actions aimed at taking the burden of being an aggressor off the Moscow’s shoulders. It seems that today the Kremlin has a similar task for its propagandists, so there is no need to make significant changes to this old, tested narrative.

In Russia, state institutions are actively involved in spreading propaganda. This is particularly true for the Russian secret services. Such conclusion can be drawn from the activity of my country’s counterintelligence service. Namely, in recent years, Poland’s Internal Security Agency has taken a couple of initiatives to arrest individuals who cooperated with the Russian intelligence services in information campaigns. As a result of the ABW’s efforts, a couple of Russian citizens engaged in hybrid activities against Poland were expelled from the country. The involvement of secret services in Russian information and propaganda operations clearly shows how important to the Kremlin this kind of activity is. Influence campaigns are just one of many ways for Russia to pursue its current political goals. The same applies to the campaign carried out in relation to the anniversary of the outbreak of the Second World War.

The narratives used by the Kremlin on this occasion featured  elements of influence on Poland’s current political agenda. Russia underlined the following message: due the political calculus of Western powers, their submissiveness to Nazi Germany and reluctance to fulfil their obligations towards Poland the country had ceased to exist and had suffered a defeat against German forces. On the one hand, such narrative serves to whitewash the USSR’s activities, on the other – it puts the blame for starting the war on Western countries. But most significantly, by recalling the failure by the then Allies to meet their obligations towards Poland, it undermines the value of the guarantees Poland enjoys today as a NATO member. “Since the alliances Poland had entered into prior to the war proved to be empty, how can the Poles feel safe with the current deals?” – the Kremlin-led information campaign seems to wonder. Summing up, Russia used this year’s World War II commemorations to question Poland’s defence policy that relies heavily on cooperation with foreign partners and NATO security guarantees.

On top of that, the Kremlin has attempted to force Polish authorities to praise the Red Army. Again. Here we call it “the monument war”. In brief, Russia wants Poland to refrain from dismantling the Soviet-era monuments or memorials the communist authorities erected to express their gratitude to Soviet soldiers for having “liberated” the country. But these are in fact the monuments glorifying totalitarian regimes. As Poland hosted major World War II commemorations, it came under attack of the Russian Foreign Ministry that accused Polish authorities of destroying those memorials. In order to exert pressure on Poland, the diplomatic arm of Russia used a manipulated history of the war.

There were many executors of the Kremlin-led information campaign. Amongst them were top Russian government officials and ambassadors dispersed across different countries. The messages were communicated via the official social media accounts. Russia activated the representatives of its diplomatic outpost in rather exotic or unobvious locations, like South Africa or Turkey. Also, the Russian politicians attempted to bring up the issue of World War II in the international arena, particularly using the agenda of the UN.There is (at least) one more reason why the Kremlin puts so much importance on history, and on the history of the Second World War in particular. Russia has been building the myth of the Great Patriotic War. It is supposed to constitute the basis of the Russian activity in the contemporary international politics. The Russian authorities have been erasing from the social memory the fact that Stalin collaborated with Hitler because they want Russia to pass for a country with no dark pages in its history, the nation that stopped the plague of Nazism in Europe, and the ultimate destroyer of the Nazi Germany. The Kremlin needs that myth to depict itself as a sole, worldwide guardian against the rebirth of Fascism and Nazism. Quite often the political opponents of the Kremlin are immediately accused of promoting either of the totalitarian regimes. And Russia, given its “historical merits”, wants to claim the right to nip those totalitarianisms in the bud. What does it mean in practice? Russia uses arguments of a historical nature to put a pressure on countries where authorities are not pro-Russian enough or too reluctant to push the Kremlin’s agenda. The terrifying spectre of the alleged rebirth of Fascism is one of Russia’s favourite arguments to use in the political confrontation with the Baltic States, Ukraine, and Poland. This is how the use of manipulated narratives serves Russia as a tool to justify its political intervention wherever it sees the re-emergence of Fascism.

Propaganda based on the manipulation of history is just a small bit of the Russian influence on the Western countries, and NATO members in particular. Along with the information-propaganda activities come the actions undertaken by the Russian intelligence structures, military provocations, soft power, political-diplomatic pressure and many other tools that are meant to bring the Kremlin closer to the fulfilment of its goals. And these goals are dangerous for the West, including Poland. Although propaganda seems to be a less invasive measure, one must not forget it is a part of a broader strategic plan detrimental to the interests of the Alliance and its member states. That is why it is so important to neutralize every Russian manipulation, raise the awareness of the nature of the Russian activities, as well as preserve history. The true history.