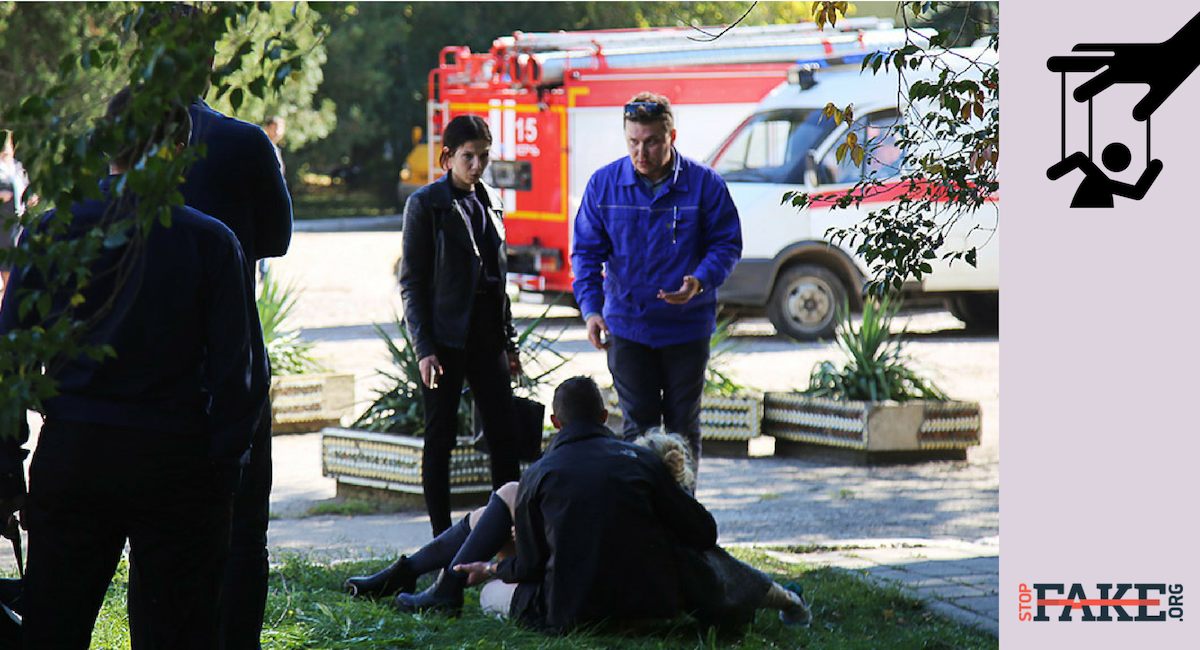 The October 17 shooting at a college in Kerch in Crimea claimed 21 lives according to Russian authorities, 50 students were wounded. Well before anything was officially known about the shooting, Russian media rushed to blame Ukraine for the tragedy.

The news about the shooting broke during the broadcast of state channel Rossiya 1’s 60 Minutes program  and its moderators and guest all eagerly began accusing Ukrainian ‘saboteurs’ of perpetrating the attack. Interrupting each other and shouting, both hosts and guests agreed that Ukraine had sent terrorists to Crimea.

One of the first to blame Kyiv for the shooting was the speaker of Crimea’s State Council Vladimir Konstantinov. “We’re still waiting on official information, but we understand that everything that is evil comes to us from Ukraine’s government. They do not hide their hatred of us. They have caused us much harm. I don’t want to predict events, let the authorities sort it out. But the wind blows from there, of that I am certain,” Konstantinov declared.

Russian State Duma MP Yevgeniy Fedorov also found Ukrainian traces in the Kerch shooting. “Not being able to blow up the new Kerch bridge connecting Crimea with Russia, Ukrainian saboteurs found a weak spot and blew up a school. War has been declared on us” Fedorov said.

Not to be outdone, Russia’s Foreign Intelligence Service Lieutenant General Leonid Reshetnikov joined the growing choir of accusers and also pointed the finger at Kyiv. Ukrainian Nazi policies not only terrorize the Donetsk and Luhansk regions, now they’ve turned on Crimea, Reshetnikov avowed.

Russian propagandists also spotted traces of Crimean Tatars in the tragedy. Lenta.ru cited an anonymous source who claimed that a 23-year old Crimean Tatar walking through the college and killing the wounded was killed by the school’s security. Lenta.ru has since removed the reference to the Crimean Tatar, but StopFake saved a screenshot of the article in its original form. 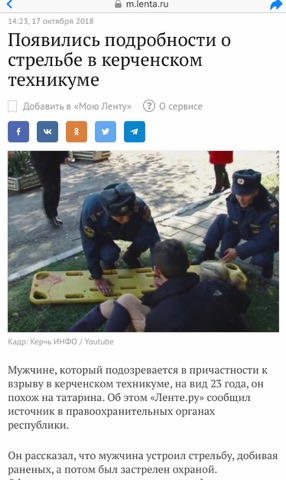 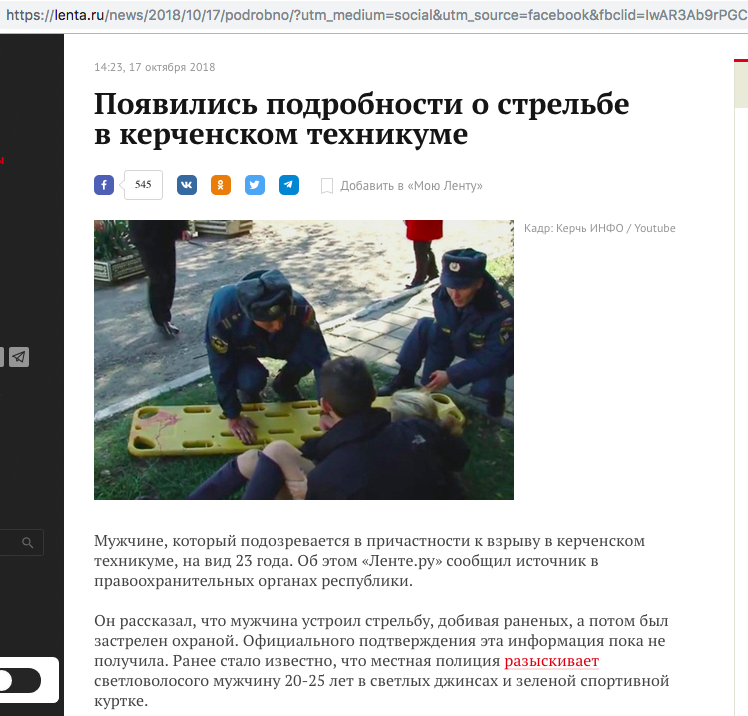 Russia’s disinformation machine threw in an Islamist connection into the narrative as well. On the eve of the Kerch shooting Crimea’s puppet leader Sergey Aksyonov arrived in Syria for talks with President Bashar Assad. Crimean pro-Russian activists declared that the shooting was ISIS’s answer to the Crimean-Syrian cooperation reached during the talks.

Even after Russian security services identified the shooter as Vladyslav Roslyakov, the anti-Ukrainian spin continued. Citing their own personal sources, the Kommersant newspaper reported that the shooters links with Jehovah’s Witnesses, who are banned in Russia, were being investigated. Others referred to Russia’s favorite Ukrainian bogeyman, the right oriented organization Pravyi Sektor and asked what could connect this group to the shooting.

In a somewhat bizarre manner, Russia’s President Vladimir Putin blamed the shooting on globalization, social media and the internet and the US. “Everything started with the well-known tragic events in the schools of the United States,” he concluded.

Russia’s security service the FSB meanwhile declared that in order to fight terrorism, control over cyberspace and the Internet must be established.