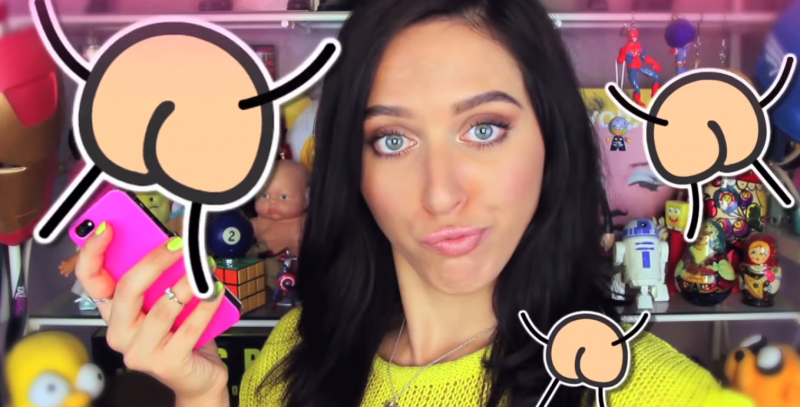 The very first blog the Russian government ever added to its official “blogger registry” was a community on Vkontakte called “Typical Yekaterinburg.” That group, a virtual stomping ground for over 250,000 Internet users, joined the registry on August 1, 2014, the day the blogger registry launched. Since then, another 368 blogs have joined it.

Where the registered bloggers blog
What are the websites that populate Russia’s blogger registry, which is supposedly the Kremlin’s handpicked collection of the nation’s most read web pages? Two-thirds (66 percent) of all the blogs on the list are from Russia’s dominant social network, Vkontakte. Blogs on LiveJournal and Mail.ru each make up another 8 percent. Another 6 percent is YouTube accounts. Three percent of the list is Twitter accounts and just 1 percent belongs to Facebook users. The rest of Russia’s officially registered bloggers hail from other websites, like Instagram, Odnoklassniki, and LiveInternet.

The supposed benefits of the blogger registry
The day the Kremlin started adding websites to its blogger registry, Alexander Zharov, the head of Roskomnadzor, Russia’s federal media watchdog agency, granted an interview to the newspaper Vedomosti, where he discussed the new blogger law that was taking effect that day.

When asked why bloggers might welcome the opportunity to enlist with the state, Zharov boasted that registration is a way to “legalize one’s business,” attracting potential advertisers, who, he said, are bound to take an interest in Russia’s “top bloggers.” When asked how he would evaluate the effectiveness of the blogger law, Zharov said he would weigh the extent to which it succeeds in improving the “quality” of Russian blogging, by which he meant lowering the amount “profanity, unverified information, and libel.”

A handful of media outlets have also found their way to the registry. The Vkontakte pages for Russian Esquire and Sputnik & Pogrom are on the list, along with a defunct page that once belonged to the website TJournal.ru. Roskomnadzor’s list includes TJournal’s old vk.com/tjournal page, which has 30 subscribers, but not TJournal’s new vk.com/tj page, which has 350,000 subscribers.

In December 2014, all roughly at once, Roskomnadzor added to its registry a handful of LiveJournal blogs belonging to several prominent opposition figures, including economist Andrey Illarionov, journalist Arkady Babchenko, artist Artemy Lebedev, political analyst Andrey Malgin, writer Boris Akunin, and photographers Rustem Adagamov and Ilya Varlamov. Apparently, Roskomnadzor informed none of these men that it added his blog to its registry.

So far, Roskomnadzor has added to its list just two Facebook accounts, apparently after the authors willingly registered with the government. (One of those two people, German Klimenko, was involved in efforts to promote the registry, before it officially launched.) When it comes to Twitter accounts, Roskomnadzor seems to have relied similarly on volunteers, as the ten Twitter users who now appear on the blogger registry are mostly pro-Kremlin media figures (plus a few Internet celebrities).

In fact, Roskomnadzor’s desperation with Twitter led it last month to solicit bloggers directly, and rather embarrassingly, for “screenshots” of their analytics data, which Twitter has refused to provide to the Russian government. The authorities’ efforts to rally volunteers among Facebook and Twitter users stand in stark contrast to their policy with Vkontakte and LiveJournal users, whom they don’t seem to notify, let alone petition, when adding their blogs to the registry.

For now, there’s no discernable change in the blogs that have been added to the state’s registry. While the blogger law mandates higher standards for fact checking and imposes limits on the use of obscenities, it does not specify any punishments for individuals who violate these provisions. Roskomnadzor, however, is authorized to ban the websites and their hosts, when faced with noncompliance.

So far, the Kremlin hasn’t exercised this power. Not yet.