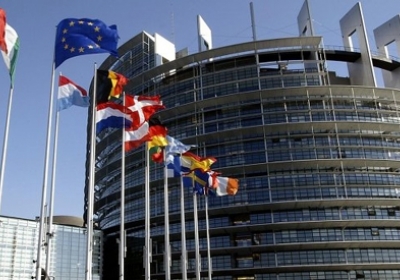 “I was given the task of describing the propaganda of both state and non-state actors. We have seen many transformations of it. As regards the Russian Federation, the situation is now clear. After its annexation of Crimea and aggression in the eastern part of Ukraine, many countries are fully aware of its disinformation and manipulation“, said rapporteur Anna Fotyga (ECR, PL). “This report, in the course of its preparation, was also a target of hostile propaganda”, she added.

The resolution stresses that the EU needs to counter disinformation campaigns and propaganda from countries, such as Russia, and non-state actors, like Daesh, Al-Qaeda and other violent jihadi terrorist groups.

Hostile propaganda against the EU and its member states seeks to distort the truth, provoke doubt, divide the EU and its North American partners, paralyse the decision-making process, discredit the EU institutions and incite fear and uncertainty among EU citizens, says the text.

MEPs warn that the Kremlin has stepped up its propaganda against EU since annexing Crimea and waging hybrid war in the Donbass. They note that ”the Russian government is employing a wide range of tools and instruments, such as think tanks […], multilingual TV stations (e.g. Russia Today), pseudo-news agencies and multimedia services (e.g. Sputnik) […], social media and internet trolls, to challenge democratic values, divide Europe, gather domestic support and create the perception of failed states in the EU’s eastern neighbourhood”.

The resolution stresses that the “Kremlin is funding political parties and other organisations within the EU” and deplores “Russian backing of anti-EU forces” such as extreme-right parties and populist forces.

As the EU and its citizens are major targets of Daesh, MEPs call on EU member states to work more closely to protect society from its recruitment drives and enhance resilience against radicalisation. They also suggest developing a narrative to counter Daesh, “including through the empowerment and increased visibility of mainstream Muslim scholars who have the credibility to delegitimise Daesh propaganda.”

To counteract anti-EU campaigns, MEPs suggest investing in awareness raising, education, online and local media, investigative journalism and information literacy, which would empower citizens to analyse media content critically.  It is equally important to adapt communication to specific regions, including access to information in local languages, says the text.