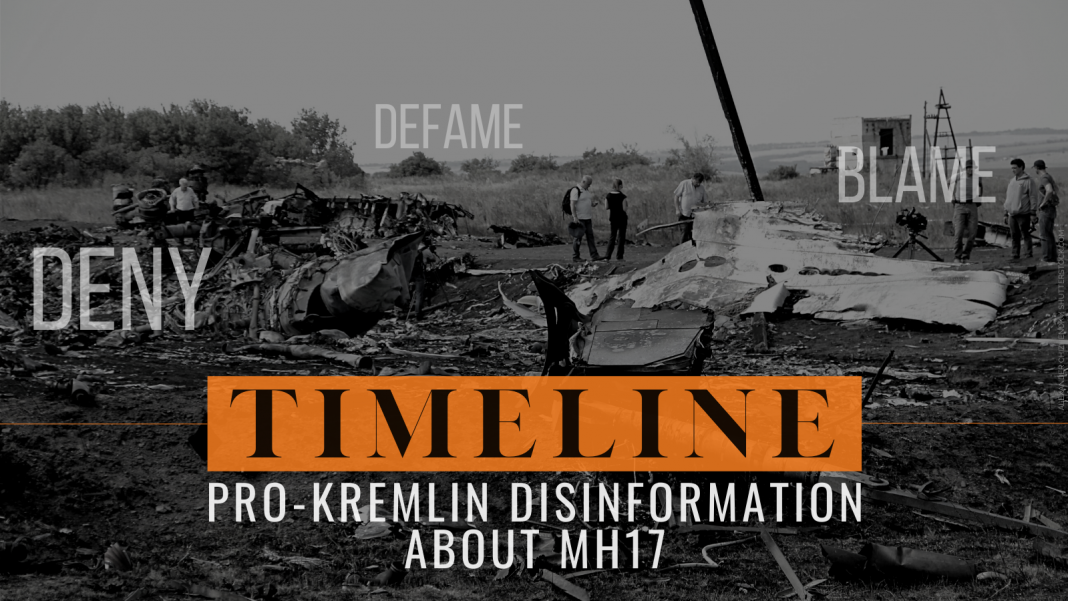 This week marks the seventh year anniversary of a tragic event. On July 17 2014, flight MH17, carrying 298 people, was shot down. Ever since that day, we have seen tons of disinformation spreading alternative theories, but also targeting investigations and the criminal process.

To illustrate the scope of the pro-Kremlin disinformation campaign regarding MH17, the infographic below (download a PDF version for better visibility) traces the evolution of the narratives from the immediate aftermath of the crash to the present day. Beginning with claims that MH17 had already been filled with dead bodies prior to take-off and that Putin’s personal plane was in fact been the real target, the disinformation strategy devolved to blaming everyone but Russia for the tragedy, claiming that that the JIT investigation was rigged against Russia.