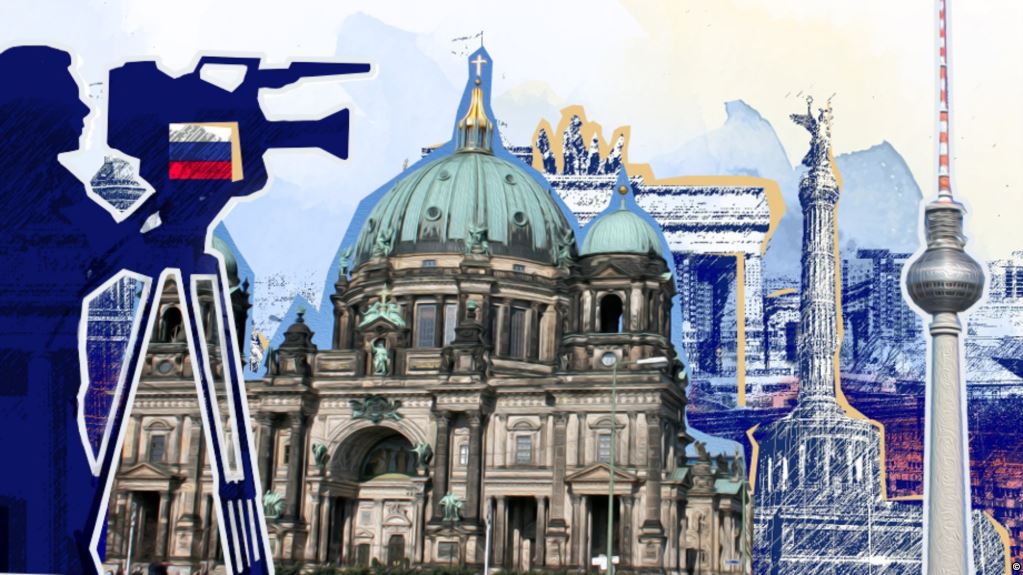 “We are seeing a massive campaign on Russian information resources in Germany. It is being conducted with the German state’s participation, and a campaign is being staged to suppress the voice of the Russian and Russian language media.”

On January 31, Russian Foreign Ministry’s Spokesperson Maria Zakharova statedduring her regular press conference that the German press had launched a ”massive campaign to discredit Russian and Russian-language media.” She alleged that the campaign targeted RT Deutsch and Sputnik in Germany, branding them as the Kremlin’s propaganda institutions for spreading disinformation. She named the Internet news portal T-online.de, Bild, and Deutsche Welle in support of her allegations.

Zakharova vowed that Russia was going to file a complaint with the Organization for Security and Cooperation in Europe (OSCE) about Germany’s alleged violation of the freedom of the media, particularly since criticism was also coming from the public broadcaster Deutsche Welle. According to her, the reason for such a campaign was allegedly a request by the German establishment for “suppressing the voice of the Russian and Russian-language mass media.”

Earlier in January, the German Association of Journalists (DJV) urged the state media regulatory authorities not to grant a broadcasting license to the channel Russia Today for its website RT Deutsch.

“Russia Today is not an information medium for us, but a propaganda instrument of the Kremlin, which tries to make politics with disinformation,” said DJV Federal Chairman Frank Überall. He added that, RT “has repeatedly invented stories in the past.” There should not be a broadcasting license for a propaganda station.”

Following Zakharova’s press conference on January 31, DJV issued a statementsaying that there was no campaign against Russian foreign media in Germany, there is only “unanimous criticism toward the methods of their work.”

The editor-in-chief of T-online.de Florian Harms, and Christian Mihr, the Managing Director of the German office of “Reporters without Borders,” an International NGO based in Paris, joined in denying the Russian allegations.

The German government also rejected Russian MFA’s accusations that German press, in cooperation with the government, are waging a campaign against Russian media. Government spokesperson Steffen Seibert said, “Those who spread such unfounded claims have little to no idea of Germany and little idea of freedom of the press. I explicitly reject such allegations.”

Talking to T-online.de, the new leader of the Christian Democratic Union Annegret Kramp-Karrenbauer denounced what she called “aggressive attacks” of the Russian government against the German media.

American analyst Vladimir Socor told Polygraph.info that the German media is indeed very critical of Russia’s lack of democracy. The four largest national newspapers, the right-of-center leaning Frankfurter Allgemeine Zeitung, Die Welt and Bild as well as the left leaning Süddeutsche Zeitung, are all critical of Russian influence operations in Germany. The newspapers editorially oppose the prospective Russian gas pipeline under the Baltic Sea, Nord Stream 2. The German government, on the other hand, takes a stand of cautiously criticizing Russia on democracy grounds, but making deals with Moscow on practical grounds.

“But Berlin is concerned about potential Russian interference in the upcoming elections for EU parliament,” said Socor who resides in Germany.

Donald Jensen from the Center for European Policy Analysis in Washington said that Moscow’s reaction is typical of the Kremlin when RT is criticized in the West.

“In fact, RT is a state propaganda organization that seeks to advance Russian foreign policy objectives. In Germany, these are the construction of Nord Stream 2, the fostering of popular anxiety over immigration, and supporting that portion of the German political and business class, which promotes closer ties with Russia,” Jensen said.

Socor noted that the Russian MFA spokesperson’s strong accusations, however, reveal Moscow’s changed expectations of Berlin. Russian officials usually use this kind of language to criticize countries they consider partners. With the German government supporting Nord Stream 2, Socor said Moscow is sending a message that it will not tolerate criticism of its society, media or means of foreign influence.

RT and Sputnik face mistrust not only in Germany, but throughout most of Europe, including Britain and France. The French government has opened an investigation into possible Russian interference during the Yellow Vest protests last year, when social-media accounts linked to Moscow spread false news published by Russia Today and Sputnik.

Macron has stated openly in the presence of Russian President Vladimir Putin that “Russia Today and Sputnik were agents of influence and propaganda that spread falsehoods about me and my campaign.”

And in December 2018, UK’s media regulator Ofcom, which has launched numerous probes of RT activities, found that the Russian channel has failed to comply with Britain’s broadcasting rules, which could result in fines and ultimately revocation of its broadcast license.

The European Parliament adopted in November 2016 a comprehensive resolutionlaying out the European Union’s “strategy to counteract propaganda” by Russia aimed at the EU. The EU concludes that media such as Sputnik and RT pose a threat to European unity.

The U.S. branch of the Russian international broadcasting conglomerate RT was forced by the U.S. Department of Justice to register as a foreign agent under the U.S. Foreign Agent Registration Act (FARA) on November 10, 2018. Sputnik also subsequently registered as a foreign agent. The activities of RT and Sputnik are a major part of Special Counsel Robert Mueller’s investigation into Russian interference in the 2016 presidential elections in the US.

Notably, in December 2008, the Russian government designated ANO “TV-Novosti,” the umbrella organization for RT, and MIA Rossiya Segodnya, which includes Sputnik and RIA Novosti among others, as its core organizations for strategic defense. Despite Moscow’s persistent attempts to present RT and Sputnik as independent media organizations, government records show that the Russian federal agency controlling ANO “TV Novosti” exercises “functions of a state client” under Russian President Vladimir Putin’s “main directions of the information policy” – not independent media.