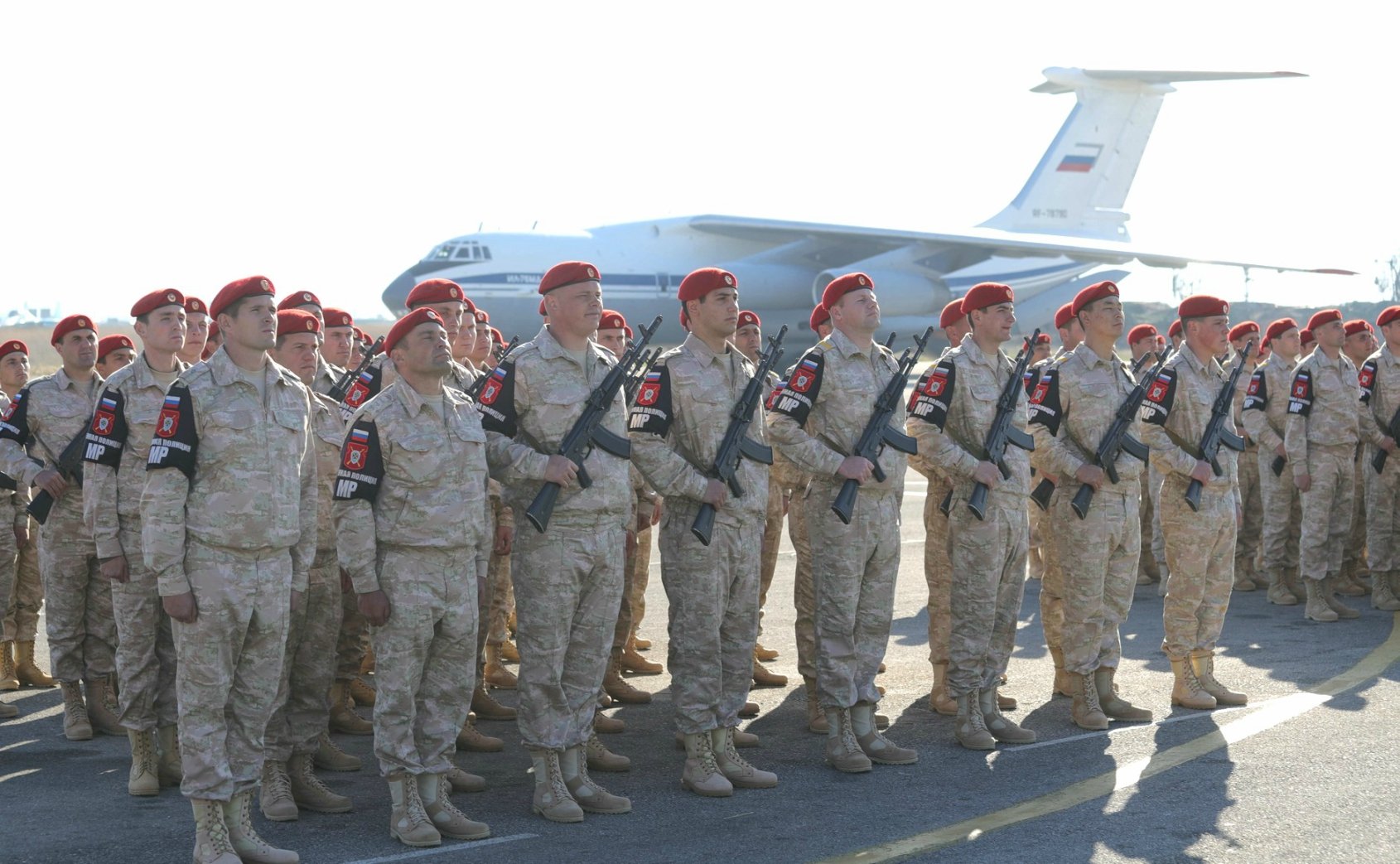 Even before Putin’s announcement, Russian officials often made inaccurate comparisons of its operations in Syria with Soviet campaigns in World War II. In October 2017, they compared the U.S.-led bombing of Raqqa to the wartime destruction of Dresden, although CENTCOM spokesmen have repeatedly castigated the Russian Defense Ministry’s continuous claims of pinpoint bombing accuracy in Syria. NGOs have confirmed that Moscow’s bombing has caused huge numbers of casualties—a charge the Kremlin rejects. This propaganda technique is an example of Moscow’s use of the “wolf cries wolf” narrative technique-–vilifying the United States for things Russia itself is doing.

The Kremlin’s use of such techniques actually began during Ukraine’s Maidan demonstrations, when it branded nationalist Ukrainian groups—and later, massive segments of Ukrainian society—as closet fascists. It systematically portrayed armed anti-Russian formations such as Praviy Sector as the reincarnation of the Gestapo, supported by repeated film clips and reports aired by Russian media. But it intensified during the run-up to Russia’s 2014 seizure of Crimea and its invasion of the Donbas. More recently, Pushkov has referred to news about the fighting in the Donbas as “reports from the Ukrainian front”  (сводки с Украинского фронта).

Moscow’s expropriation and misuse of World War II verbiage not only magnifies the PR significance of its intervention in Syria and Ukraine, but also reflects a Kremlin effort to rhetorically justify its revanchist actions. By using bombastic propaganda, Moscow hopes to compensate in words for the limited scale of the undertakings, to consolidate support for them at home, and hype Russia’s now resuscitated—but still limited—military power abroad. Nowhere does Putin or any other Russian official acknowledge that most ISIS fighters in Syria and Iraq today hail from the Russian Federation. It would, of course, be far less noble for Moscow to admit that its primary motivation in Syria focuses on annihilating Russian Islamists before they can return home, than to package operations there as a selfless effort to save the world—one more time—from a major scourge as it did in the fight against fascism.

If Russia’s aim to instill shock and awe is overdone, it nevertheless appears to have had some effect in Syria. Russian actions themselves—despite their military and diplomatic deficiencies— often established an antiterrorist narrative. But such rhetoric also helps to refute Barack Obama’s dismissive depiction of Russia as a “regional power,” which Moscow in general and Putin in particular found humiliating.

Establishing a linkage between such undertakings and World War II achievements of heroic proportions allows Moscow to bask in its wartime glory. “The Great Patriotic War” remains a sacred theme throughout the former Soviet Union, where virtually every family suffered painful losses—especially in Soviet Europe, which was devastated. Stalin’s actions contributed mightily to these losses, but generations of Soviets—and now, Russians—have been taught not to dare question Soviet wartime conduct or tarnish the reputation of the image of heroic, messianic Victory achieved through self-sacrifice in the face of Hitler’s treachery and the West’s calculated dawdling. Thus, linking Moscow’s actions in Syria and the Ukraine with World War II provides PR cover and safeguards against criticism.

Although Russia is scaling back its presence in Syria, the misuse of World War II as a nationalistic rallying cry will undoubtedly prove useful elsewhere, as situations warrant. This is likely to continue to be the case in Ukraine, where Moscow directs its misappropriation of war against a country that filled the ranks and command echelons of the Red Army and suffered some of World War II’s most devastating losses. It also indicates the premeditated distortion to which Moscow is willing to stoop in its use of agitprop. As shown by a Levada poll released on 21 December, that approach has regrettably worked domestically, promoting the political socialization of the populace and the mobilization of public opinion.