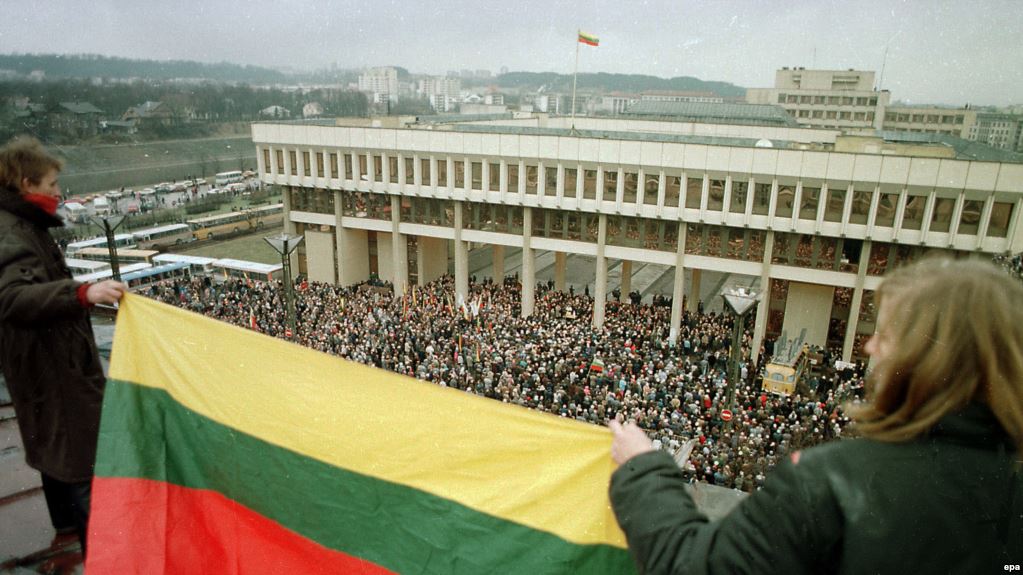 Lithuania — Thousands of civilians gather to defend the building of the Supreme Council in Vilnius, January 1991

“Lithuania was not independent, it was not recognized by the international community, and accordingly the actions of the Soviet Special Forces and the army to end the unrest were legitimate.”

On March 27, 2019, the Vilnius Regional Court sentenced 67 former Soviet military officers, including former Soviet Defense Minister Dmitry Yazov, for committing crimes against humanity for their roles in the January 1991 the clampdown on the country’s independence drive. During the Soviet action 14 people lost their lives.

“[In January 1991] open and large-scale systematic military aggression against the civilian population was initiated and pursued in order to provoke unrest and armed conflict. The pretext of such a conflict, using [Soviet] military force, was further part of the plan to overthrow the power of the (democratically) restored Lithuania, to introduce [Soviet power] and to continue the occupation and annexation of Lithuania,” the court ruled.

All but two of the defendants were sentenced in absentia, most of them facing prison terms of four to 12 years. The court sentenced the former military chief in charge of the clampdown to 12 years in prison. All will be appealed to a higher court.

Moscow, which refused to cooperate with the three-year-long trial, called the proceedings illegal.

The Russian Foreign Ministry claimed “the basic principles of law were violated, most importantly that of inadmissibility of retroactive application of law,” Russian state outlet RT reported. “The evidence proving that Soviet officers were not involved in civilian deaths on that tragic day has been ignored.”

On April 10, the Russian Investigative Committee launched a probe into the judges presiding over the case for “delivering a deliberately wrongful sentence.”

January 14, 1991. After Soviet tanks rolled into Vilnius, 500,000 people rallied on Manezhnaya Square in Moscow in solidarity with Lithuania. “Hands off Lithuania!” and “Lithuania today, Russia tomorrow” were the principal slogans. A noble tradition, for your freedom and ours. pic.twitter.com/ijIhrOhlYX

In an opinion piece for the Russian state news agency TASS published on April 11, Alexander Guschin, an associate professor in the Department of Post-Soviet Countries at Russian State University for the Humanities, agreed with the Investigative Committee that the verdict handed down by the Lithuanian court was “illegal.”

The Russian citizens in question, Guschin wrote, “are being judged under the laws of independent Lithuania, while in January 1991 Lithuania was still one of the Soviet republics.”

His argument was that since Lithuania was not independent at the time and “not recognized by the international community,” the “actions of the Soviet special forces and the army to end the unrest were legitimate.” We dig into this claim.

Asked about Guschin’s contention that the deaths had resulted from Soviet security forces being deployed to quell public unrest and were thus not crimes against humanity, Rebecca Hamilton, an assistant professor of law at American University in Washington DC, told Polygraph.info that such an argument is “not frivolous,” although it would depend on the material facts of the case.

Hamilton said that it was not unreasonable that a Lithuanian court would look into the facts of the case and make an assessment, although “conducting a trial in absentia is problematic.”

Two critical issues in adjudicating that claim will therefore rest on Lithuania’s jurisdictional claim, the nature of the Soviet response during the so-called January events, and whether those crimes constitute crimes against humanity, as determined by the Vilnius Regional Court.

As it stands, there is no internationally recognized, comprehensive convention covering crimes against humanity.

Article 7 of the Rome Statute, which established the International Criminal Court, defines “crimes against humanity” as certain “acts when committed as part of a widespread or systematic attack directed against the civilian population, with knowledge of the attack.”

But Russia (along with the United States) withdrew its signature from that statute. Lithuania, by contrast, is a state party to the Rome statute.

Remembrance bonfires for victims of January 13, 1991 in Vilnius tonight. We honour our brothers and sisters who stood armless against soviet tanks and paid the ultimate price for Lithuania’s freedom. We will always remember why we are free. pic.twitter.com/2QcBksCpdg

In any case, Rasa Jukneviciene, a member of the Lithuanian parliament, Lithuania’s former defense minister and president of the NATO Parliamentary Assembly, told Polygraph.info that the actions of the Soviet soldiers do constitute crimes against humanity, “as it is foreseen by international law.”

The Fact Check – Based on Jurisdiction

As for the jurisdictional claim, Lithuania’s case appears solid.

Under the principle of universal jurisdiction, for which the United Nations has set up geographically specific courts, both states and international organizations can claim criminal jurisdiction over the accused regardless of where the crime was committed.

Hamilton told Polygraph.info that apart from universal jurisdiction, there is also the “traditional basis of jurisdiction” – in which the crime happened on your territory.

Erika Leonaite, an assistant professor of International Law and Human Rights at Vilnius University, told Polygraph.info the case was in fact based on territorial jurisdiction, as crimes were committed on Lithuanian territory, in 1991, “nearly a year after Lithuania has restored its independence.”

“One of the consequences of the illegal occupation and annexation of Lithuanian territory by the Soviet Union in 1940 was that, from the point of view of international law, Lithuania de jure never became a part of USSR (similarly as Crimea does not constitute part of Russian Federation under international law, even though it is annexed by Russia). Thus, the crimes were not committed on ‘Soviet territory,’” she said.

Leonaite refers to the March 11, 1990 Act of the Re-Establishment of the State of Lithuania, which resulted in the Baltic nation being the first Soviet state to declare its independence from the Soviet Union.

As a result in January 1991, pro-Kremlin forces, backed by the Soviet military, tried to reassert Moscow’s authority, with the deadly results.

Of the 14 people killed and 843 injured during the January Events, as they became known, thirteen died on January 13, when Soviet paratroopers stormed the television center and tower, breaking through a human shield. Witness accounts said some victims were crushed by tanks while others were shot to death. Video footage further appeared to corroborate those accounts.

One of the defendants convicted in absentia, Mikhail Golovatov, the former deputy commander of the KGB’s elite anti-terrorist Alpha Group, stated in a written deposition that former Soviet president Mikhail Gorbachev had given the green light to dispatch special forces to Vilnius.

Gorbachev was summoned as a witness but declined.

But he told Deutsche Welle that he “never gave on order or sanctioned in any other way the use of army units in Vilnius.”

“As president of the USSR, my only position was to use all political means to preserve the unity of the country,” Gorbachev said in a written response to DW. “I stress — only political means. We were ready for talks. It would have been enough for the Lithuanian leadership to suspend its independence declaration. Compromise was possible, but it was rejected.”

NFIU Lithuania at Antakalnio Cemetery, Vilnius to pay tribute to the Defenders of Freedom of Lithuania. A moment to remember the events of 13 of January 1991 and the civilians that made the ultimate sacrifice to the freedom of Lithuania. pic.twitter.com/vfpxC1t8W8

The Fact Check – Crimes Against Humanity

Leonaite said that the classification of crimes against humanity was based on the fact that the “military attack was knowingly directed against civilians” and exercised by Soviet authorities with the aim of keeping Lithuania in the USSR.

The civilians present at the time, she said, were unarmed and not violent – according to witnesses and even the Russian soldiers. Lithuanian police officers were unarmed.

“In addition, Russian soldiers in their testimonies said that although they were authorized to use lethal force in self-defense only, no such conditions were present, and the shootings committed by soldiers were spontaneous,” she said. “Only several Russian soldiers adhered to the version of events, now fiercely argued by Russia, that some shots were fired from the top of a near-by building. However, no further evidence to support this claim was established.”

Based on these circumstances, Leonaite said that both the general context (“armed attack against a sovereign state”) and the particular circumstances (“military force and equipment used vs. peaceful massive gathering”) leaves the Soviet response outside the realm of “even a robust ‘law enforcement operation’.”

On the question of whether Soviet Special Forces acted “legitimately” to end “the unrest,” Vaidas Saldžiūnas, defense editor at DELFI, concurred with Leonaite, telling Polygraph.info that Guschin’s claims are baseless.

“There was no unrest to begin with, not from the Lithuanian side anyways,” said Saldžiūnas. He added it was supporters of the Soviets who “attempted to storm the parliament (that was elected in democratic elections and voted for independence). Then Soviet forces attempted intimidation tactics (moving heavy armor onto the streets during the night). Then they stormed (police and media facilities) just before January 13th when the bloody Sunday happened.”

As to Guschin’s claim that Lithuania was not recognized by the international community as being independent, the argument rests on Lithuania’s legal status at the time. Moscow argued that Lithuania joined the Soviet Union of its own volition in 1940 while Lithuania insists the country was occupied.

Writing in the University of Notre Dame’s Journal of Legislation, William Webb noted that no international fact-finding body has ruled on the legality of the annexation of Lithuania, though he argues that, given the historical evidence, any such body would likely “find the annexation to have been without the consent of Lithuania, and thus illegal.”

Webb, who was writing before Lithuania gained independence from the Soviet Union, noted that for the inclusion of Lithuania into the USSR to have been legal, the Soviet Union could not legally do so unilaterally. With the Soviet Union in all likelihood having “acted unilaterally” in conducting a fraudulent 1940 annexation referendum, Webb said it was “axiomatic” that the USSR had no right under international law to incorporate Lithuania.

Join #Lithuania in honoring all those killed 25 yrs ago on 13th January 1991 when #Soviet tanks rolled into #Vilnius pic.twitter.com/aCxkU9LLyI

In a related case lodged with the European Court of Human Rights, Lithuanian citizens convicted for their role in attempting to re-assert Soviet authority argued they had been prosecuted for offenses which could not have been foreseen at the time due to the tenuous political situation.

Lithuania’s argument revolved around the claim that Soviet rule was illegitimate, that the country “only restored sovereign power to the Lithuanian Government” as the Soviet Union dissolved and that “international recognition had a retroactive effect.”

In that case, the court ruled that “the applicants were convicted for crimes which were sufficiently clear and foreseeable under the laws of the re-established Republic of Lithuania,” backing Lithuania’s jurisdictional claims.

Ultimately, Jukneviciene argues that the Russian challenge is intended to put Lithuania “in a futile dispute about the legitimacy of our state,” adding the occupation question was settled long ago.

“It is a pity that similar crimes that had been carried out by Soviet army in Baku, Tbilisi and elsewhere have not been legally assessed. Lithuania has finally done this and it shows the maturity of our country.”

With the Soviet occupation of Lithuania never being internationally recognized, Lithuania’s jurisdiction to adjudicate crimes against humanity under universal and traditional jurisdiction, and the evidence pointing towards a state-sponsored effort to use force to crush a peaceful protest, Polygraph.info finds Guschin’s claims that the Soviet Special Forces acted legitimately “to end the unrest” to be false. 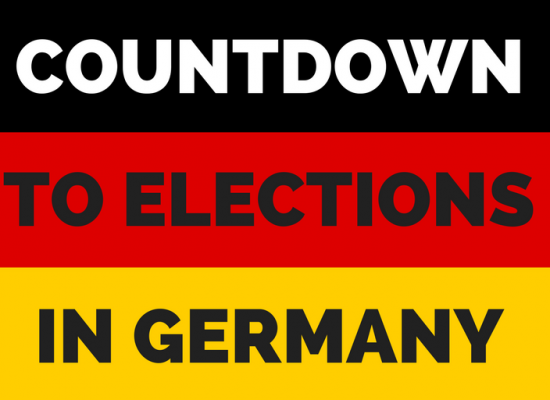 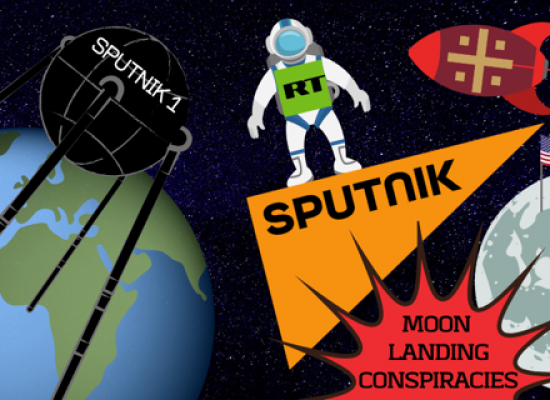 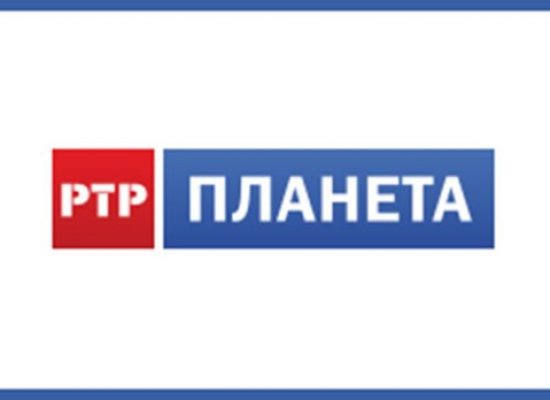 Russian TV Channel is facing restrictions on broadcasting in Lithuania 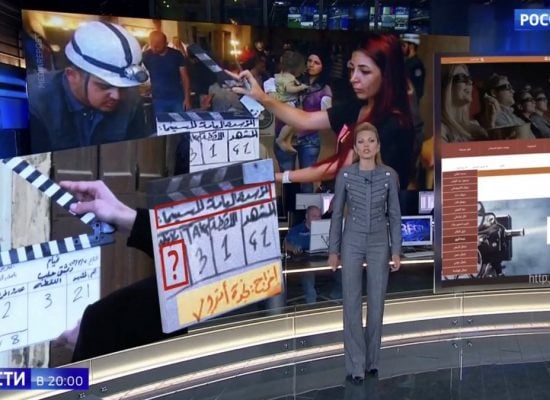 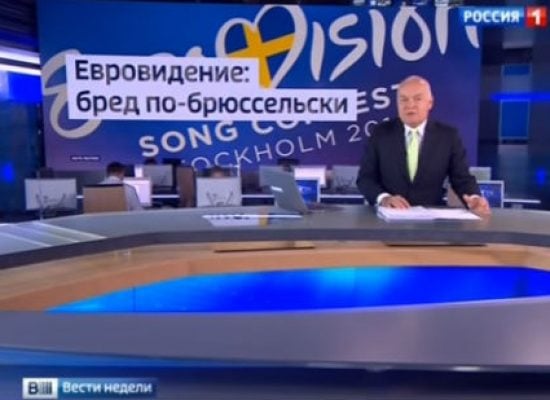 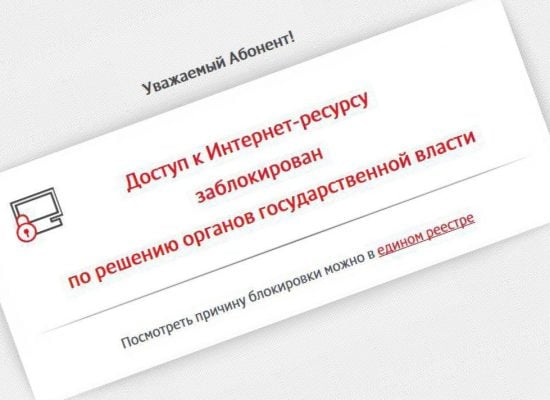