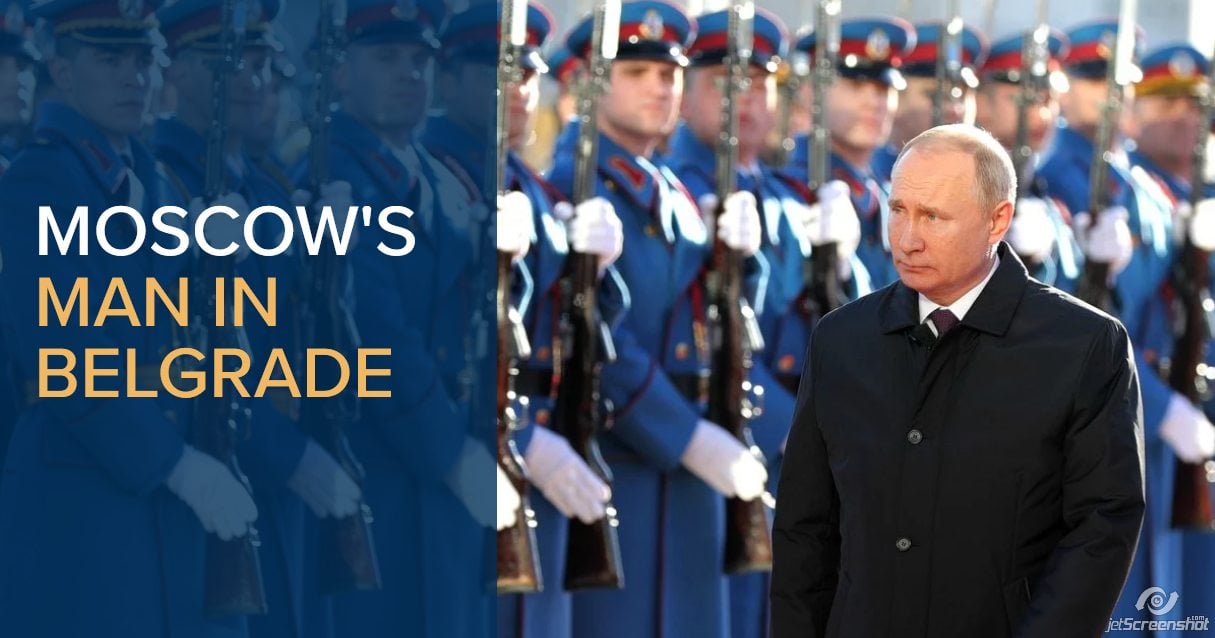 Will a recent spy bust cause Serbia to reconsider its relationship with Russia?

Imagine you are the leader of a country that has caught a Russian spy. Here are a few things you should say to the Russian ambassador. First, show your displeasure. Cancel an upcoming visit, freeze trade talks, postpone other events. Also, discuss expulsions. At least one, and perhaps several officials based at the Russian embassy or other missions will have to pack their bags. You can discuss whether this will be public or (saving Russia’s blushes) private.

Next, you can think about swaps. If you have Russian spies in detention, perhaps they can be traded, before or after trial, for Western agents languishing in a Soviet prison—a deal this month exchanged two Lithuanians for two Russians, with a Norwegian thrown in. You can talk to other, friendly countries too—perhaps your spycatchers have uncovered some clues that will be useful to their counterintelligence agencies.

Brief allies anyway—it’s a sign that you are serious about your defense. And talk to your own public. The news should serve as a reminder that the Kremlin does not do alliances. It interprets friendly behavior as a sign of weakness, and takes advantage of it. Catching spies, you should explain, is a sign of success, not of failure. It shows the system is working. Your officials should make it clear that investigations are continuing. Penalties are severe, but anyone who thinks they may have been compromised should come forward now, rather than waiting to be caught.

What you should not do is simply ask “Why?” and say that business will continue as usual. That was the feeble response of the Serbian President, Aleksandar Vučić, after a video was posted on YouTube earlier this month showing Lieutenant Colonel Georgy Kleban, a former assistant military attaché at Russia’s embassy in Belgrade, handing money to a retired Serbian army officer. Kleban had 10 contacts with three sources and delivered money on three occasions, the president said, while other Russian intelligence officers had a total of nine other sources in the country’s armed forces. Far from lambasting the Russian ambassador, the president said plaintively that Serbia was the only European country never to have put sanctions on Russia. He was sure that Vladimir Putin did not know about the operation. Serbia would not change its policy towards “brotherly and friendly” Russia. A visit to Moscow next month remains on schedule.

The signs are that the spy bust was not the work of Serbian counterintelligence, who were apparently unable to video Kleban’s meetings because of his effective security. That suggests some help from outside, almost certainly a Western country. Yet President Vučić did not thank them. He instead complained that Western countries spy on Serbia, too.

Perhaps it is a good thing that they do: the largest country in ex-Yugoslavia is a hotbed of Kremlin mischief-making in the region.

Serbia’s precarious foreign policy, balanced between Brussels, Beijing, and Moscow, continues. In an interview with Der Spiegel, Vučić rejected any suggestion that Serbian anti-fascism and sympathy with the underdog should extend to supporting Ukraine in its struggle against Russian aggression. “I don’t care about the world stage,” he said. “I care about Serbia and the Balkans. Period.”

That recalls Rick Blaine in Casablanca, fending off pleas for help with “I stick my neck out for nobody. The problems of this world are not in my department.” President Vučić may not care about the outside world, but outside countries like Russia do not respond by maintaining a respectful distance. They treat Serbia as a geopolitical plaything. The spy bust was a chance to exit from that predicament, not to underline it.