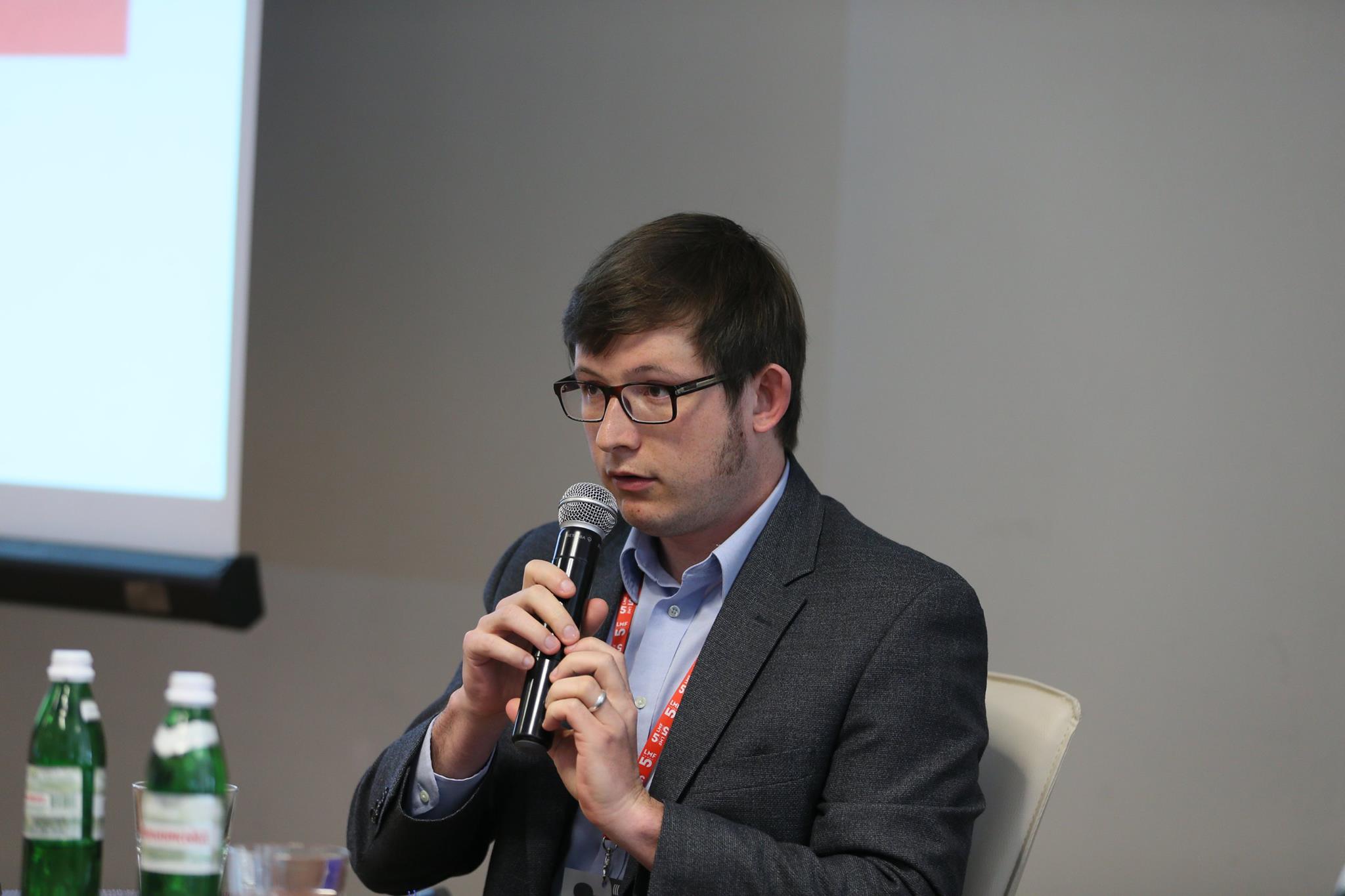 Aric Toler has been an employee at Bellingcat since 2015. He graduated with an MA in Slavic Languages & Literatures from the University of Kansas in 2013, focusing on Russian literature and intellectual history. After graduation, he worked for two years as an intelligence specialist in the private sector.

Now with Bellingcat, Aric writes, edits, researches, and translates (Russian–>English) articles related to Russia, Ukraine, and eastern Europe. Additionally, he conducts training workshops for journalists in open source investigation, verification, and digital forensics. Some of his focuses are verification of Russian media, the conflict in eastern Ukraine, Russian influence in the American/European far-right, and the ongoing investigation into MH17.

We met Aric Toler in May at the Lviv Media Forum , where was presenting Bellingcats most recent investigations. We asked him about current developments within his own research and his views on current devolpments in Ukraine.

StopFake: You are working within an OSINT environment for Bellingcat and producing regular reports on specific topics, like the downing of MH17. You already reach a significant audience, but how do plan to grow that audience and also reach the mainstream-media?

Aric Toler: A big strategy we’ve been promoting for the last year or so, and are going to keep working on, is introducing OSINT research and verification skills to mainstream media so that the methods are widely recognized and trusted. We already know how reliable these methods are when used by those who have proper training and a keen eye, but when they are used by organizations like the New York Times (especially Malachy Browne’s recent investigations into Syria and Erdogan’s bodyguards that used a lot of open sources) and elsewhere, they become far more familiar to the public, making the ground more fertile for our work.

How can you present your OSINT findings to a broader public? Do you have suggestions on improving your strategies to have more exposure for these findings?

These methods are extremely popular and well known in Ukraine and Russia already, thanks to the work of us and others (namely FBK, InformNapalm, CIT, and of course, StopFake). We are hoping to continue to strengthen the use of OSINT methods in these countries with workshops for Russian speakers that we offer — including one that I co-led with StopFake in Kyiv in December 2016 — that are also focused on the surrounding region, such as the Caucasus and Central Asia.

Some weeks ago Ukraine’s President Petro Poroshenko issued an order banning access to Russian social media such as Vkontakte and Odnoklassniki from Ukrainian IPs. He explained that this decision was necessary in order to protect Ukrainians from the propaganda on these sites. But from another perspective – and Bellingcat proved it many times – Vkontakte is a great source of information about the Russian invasion in eastern Ukraine. How would you evaluate this Ukrainian decision?

I’m against censorship in every form and I think that it does more harm than good. I understand the concerns of propaganda and security issues concerning VK, but the benefits of banning VK and some other sites are not as strong as the hindrances. At first glance, it feels to me like a move that Turkey would take more so than a European democracy, but I am also aware that this assessment is not entirely fair, as Ukraine has been invaded by Russia, and the targeted sites are from that country, while Turkey’s moves are purely about censorship and squashing free speech.

Have you experienced any threats because of your job? Or was Bellingcat a target for hacker attacks?

Do you think facts can defeat propaganda in this so called “post-truth” epoch, when things are said without any and they  influence political decisions and geopolitics. Do journalists need to invent new tools to effectively resist propaganda and fake news?

I don’t think tools are the answer. The most common way that fake news spreads is from laziness. See the recent account published by the New York Times a fake story about the electronic jamming and an American plane over the Black Sea. That would have been stopped by journalists being more responsible and understanding sources. No tool can stop that.