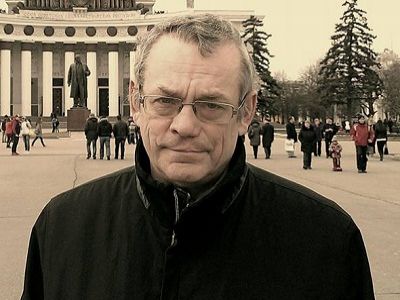 “Few in the West understand,” the Russian commentator writes, “what the world is dealing with in the form of the Putin regime and its information arm;” and because of that, they commit “two principled and fatal” mistakes reflecting their willingness to take the claims of Moscow’s representatives at face value.

On the one hand, Yakovenko points out, people in the West “continue to call employees of Russia media journalists, a practice that automatically converts any measures taken against them into limitations on free speech.” But these people aren’t journalists and thus should not be able to expect the respect given to real journalists.

“Not a single government media outlet in Russia and also not a single one which adopts a pro-Kremlin position, has any relationship to journalism,” and understanding that must be the basis for the adoption of an adequate response by Europe and the West more generally to what these Russians are doing.

He continues: “Not a single employee working [for Russian outlets] should be considered a journalist, and everything connected with the defense of freedom of speech has nothing to do with them.  This also relates to ‘experts’ who live in the studios of Russian talk shows” and spew hatred against the West, Ukraine, and the Russian opposition.

And on the other hand, Yakovenko says, people in the West need to recognize that “the content of the Russian media” is not propaganda. Those who call it that implicitly put it in the same rank with “political propaganda of any other direction,” including that offered elsewhere now or in the past.

But “the distinguishing feature of Putin’s information forces from such models as the communist or Nazi versions is that the propaganda of Goebbels and Suslov advanced a definitive ideology, albeit an anti-human one.” Each offered a certain “image of the future” and sought to win people over to its pursuit.

“In Putin’s Russia,” however, “there is no such ideology and no image of the future. There are not and cannot be any books entitled ‘Putinism.’ The Putin media simply destroys the foundations of all norms, moral, legal and scientific.  It simply sows hatred, lies, crudities and provocations.”

And “not having any positive program for humanity,” Yakovenko continues, “Putin and his media trade in threats and unpleasantness, using any problems in the world for efforts to destroy it, to sow hostility among people and thus allow them to continue to rule and steal in Russia.”

Unfortunately,” he concludes, “the world still doesn’t fully understand the nature of the threat it is confronted by in the form of Putinism.”  Failure to recognize another threat in the middle of the 20th century cost Europe and all humanity.