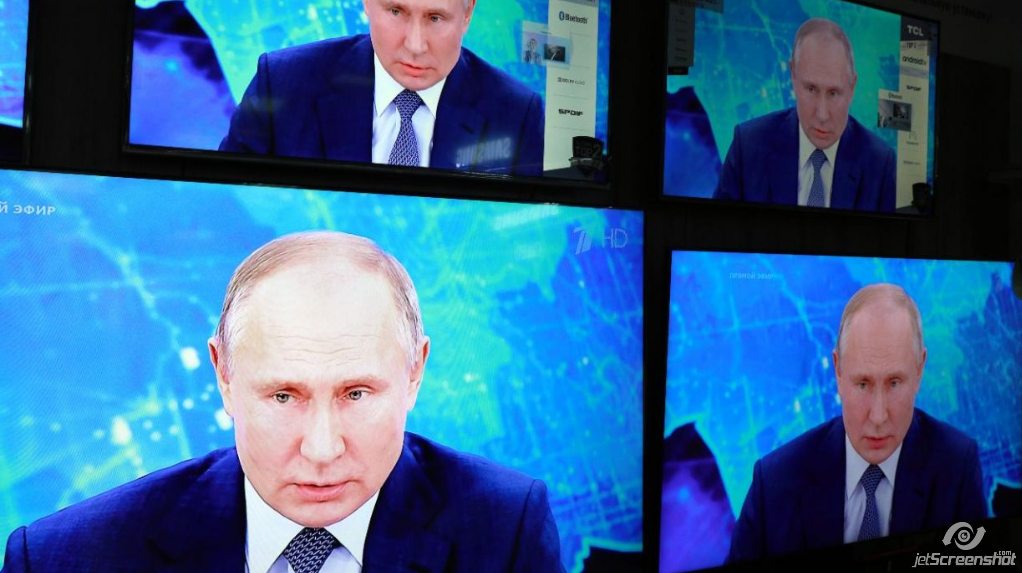 The Russian leader’s comments came on September 7, two days after Ivan Safronov, a former defense reporter with the Kommersant and  Vedomosti dailies, was jailed for allegedly sending material to the Czech and German intelligence services. The verdict marked the latest tightening of a crackdown on independent journalism and occurred the same day that authorities revoked the license to publish the award-winning paper, Novaya Gazeta.

The ex-journalist’s own lawyer told reporters: “Safronov was given 22 years for his journalistic activity. I want each of you, who are looking at me now, to think whether it is worth staying in this profession if somebody was given 22 years for doing his job.” Safronov, 32, had left journalism to become an aide to the head of Russia’s space agency, Roscosmos, and was arrested in 2020. Since then, he had been held in pre-trial detention at Moscow’s notorious Lefortovo Prison.

The lengthy term is thought to be the direct result of his refusal to admit his guilt to authorities; he had been promised a 12-year term if he confessed. He was also handed a 500,000-ruble ($8,200) fine by Moscow City Court.

The authorities claimed the material in question was so secret that the case had to be held behind closed doors. But according to research published by the independent investigative outfit Proekt, all the information that investigators say he distributed was in the public domain and easily accessible online via sources such as Regnum, Izvestia, and the Russian Ministry of Defense.

Safronov received a round of applause in court on September 5 as the crowd chanted “freedom”. He told those present that he loved them before he was taken from the courtroom to begin his prison term.

While this is an unusually harsh sentence, it fits a pattern of regime action against independent media and journalists, as previously detailed. While Safronov’s case is not related to Russia’s invasion of Ukraine, restrictions have substantially tightened since the all-out attack was launched on February 24. Even prior to the invasion, Proekt was declared an “undesirable” organization in Russia last year and news outlets like Meduza were forced into exile in Latvia.

“This is a frightening time,” said the statement. “The indictment is illustrative of the active and high-quality journalistic work of Ivan Safronov – and the illegal activities of the FSB, which established surveillance over him back in 2014.” This was three years prior to his alleged spying for foreign intelligence, and six years before he was originally detained.

The Committee to Protect Journalists (CPJ) said that Russian authorities must release Safronov immediately in a statement released Monday, adding that they should “stop targeting journalists with political trials aimed at suppressing and terrorizing independent voices.”

Both Safronov and Novaya Gazeta plan to appeal the court decisions.

Aliide Naylor is the author of ‘The Shadow in the East’ (Bloomsbury, 2020). She lived in Russia for several years and is now based between London and the Baltic states, working as a journalist, editor and translator.