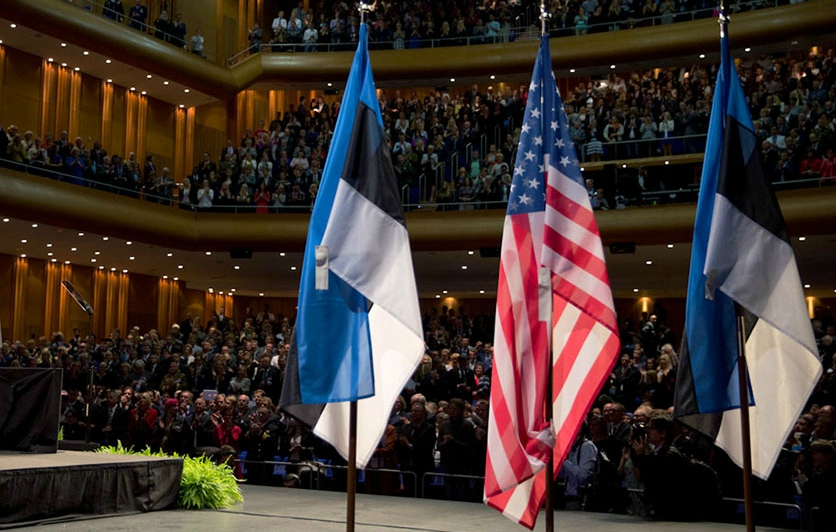 Last summer, the U.S. State Department’s Bureau of Democracy, Human Rights and Labor announced an open competition for projects to support local, independent, fact-based Russian-language media outlets in the Baltics. Pro-Kremlin media called the program an attempt to “brainwash” Russian-speaking Estonians. But does the Kremlin or the media it supports really believe that? If so, when and why did Moscow lose trust in independent, fact-based media? Did it happen at the same time it stopped trusting the West?

Russia’s brainwashing accusations should be seen in the context of its lack of independent media and general distrust of the United States.

First, does the Kremlin believe government-supported objective, fact-based media equals brainwashing? This is not the first time Moscow has made such accusations. From the very first days of Estonian Public Broadcasting’s Russian-language TV channel ETV+, the Kremlin-linked media has been its most active opponent, seeing ETV+ as Western propaganda. Its aggressive opposition might be the result of the “war of memories”—or differing views on World War II and the Soviet occupation. More importantly, the criticism probably stems from the Kremlin media’s general distrust of government-financed media channels. For such media, government financing inevitably leads to bias.

Second, why does the Kremlin think no ”objective” media exists, as stated by Rossiya Segodnya and Sputnik, and that state-funded media is the same as propaganda? Even though the Freedom House annual report ranks Russian media as “not free,” it is far from being as controlled as it was during Soviet times. Moreover, Russian journalism enjoyed a short “golden age” after perestroika in the early 1990s, during which it was somewhat independent of government or corporate control. As the business oligarchs became more powerful in the mid-1990s, they built media empires to advance their interests. These developments profoundly changed journalism in Russia.

At that time, oligarch-owned media decided to support President Boris Yeltsin’s 1996 re-election campaign in order to prevent communist candidate Gennadii Zyuganov from becoming president. This close relationship continued when Vladimir Putin took power. In July 2000, Putin reportedly made a deal with oligarchs (the so-called shashlik agreement, so known because it was reached at a barbeque). The oligarchs would stay out of politics, and Putin would let them get on with their businesses. However, some oligarchs were skeptical of the agreement. A month later, the Kursk submarine tragedy led to a struggle between Putin and oligarch-owned, non-state-controlled media over how to spin the story to avoid damaging the Kremlin. Putin saw the media as a useful tool to manipulate public opinion, prompting him to establish state control over main TV channels and media outlets.

Also, the unexpected and—in the Kremlin’s view—unfair reaction by Western media to Russia’s 2014 annexation of Crimea led Moscow to believe that the West was waging a media war against Russia. Even now, almost three years later, it seems that the Kremlin does not really understand what Russia did wrong by annexing Crimea. In the Kremlin’s view, Moscow did nothing the West has not done before; after all, the United States violated international law when it intervened against Yugoslavia in 1999, and again in 2003 when it and Britain led the invasion of Iraq.

These two factors—the concept of a free media becoming increasingly distant to Moscow, and the belief that it is in a media war against the aggressive West—explain why Russia views the State Department’s support of Baltic media as brainwashing. Unfortunately, when one has only a hammer, everything looks like a nail. Likewise, one who sees all media as propaganda cannot really understand the concept of objective, fact-based journalism. By 2014, Russian journalism had already lost its public trust, its objectivity, and its independence. Now, believing it is at war, it has begun to act accordingly.