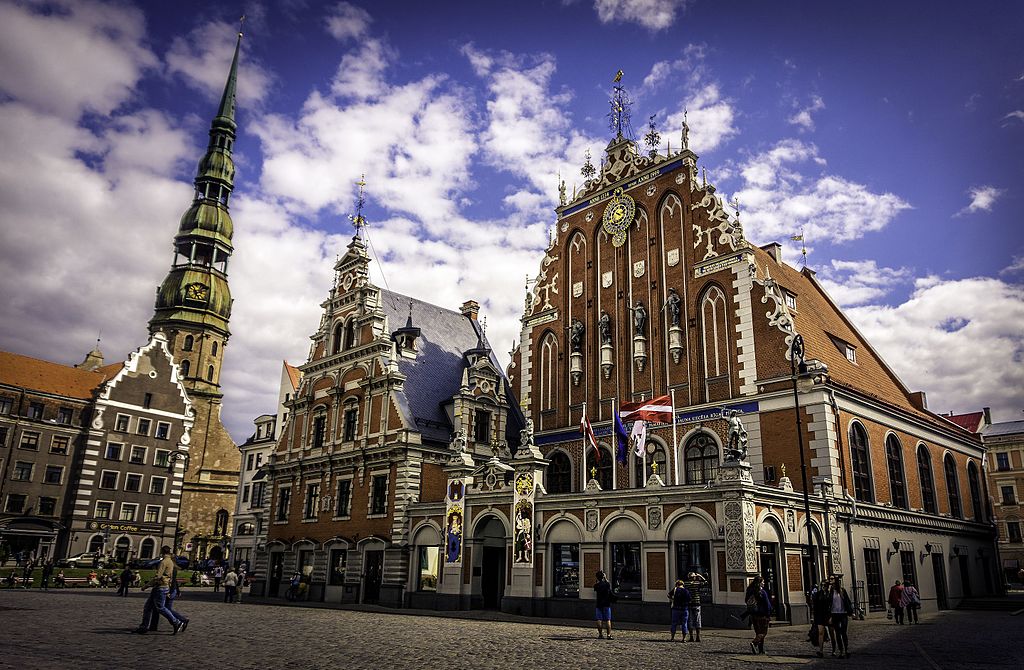 On 15 June, Russia’s state news agency RIA Novosti published a fake news story, “President of Latvia: the U.S. will not protect Europe from Russia,” intended to undermine popular support for NATO before the Alliance’s summit in Brussels in July.

The article was published in Russian two days after Latvian President Raimonds Vejonis gave opening remarks at a discussion at the Latvian Institute of International Affairs (LIIA) on the upcoming NATO summit. The article accurately recounts only some of Mr. Vejonis’s remarks – for example, he noted that “Europe has begun to realize that our protection can’t be relied solely on the United States, therefore we must do our utmost to guarantee our own security.” These remarks were correctly reported by the independent news agency LETA, other established media in Latvia, and the Chancery of the President of Latvia.

The version published by RIA Novosti was distorted, employing a frequently used technique: using some correct or mostly correct facts or statements, but a misleading title. The LIIA panel that Mr. Vejonis spoke at was titled “NATO in 2018: Constraints and Opportunities in Response to Existing and Emerging Challenges.” In the discussion, the Latvian president addressed the challenges the alliance is facing today – for example, “instability in the South, Syria, and North Africa, as well as in the East, where Russia is ‘flexing its military muscles.’” According to LETA, Vejonis also mentioned China’s increasing economic and military influence in the Far East, expressed his hopes for “a peaceful solution to the North Korean nuclear deal,” and addressed such challenges as terrorism and migration. Said Vejonis, “Western unity is at stake,” making it necessary to strengthen both “hard” and “soft” security. “There are forces trying to split us, therefore it is important to stick to our common values. It is time to wake up, be more proactive and remain united.”

TVnet, one of the leading online news media in Latvia, which also publishes in Russian, accurately reported on the discussion. RIA Novosti cited what Tvnet had written, but distorted facts. This is a frequently used misinformation technique: the use of facts and statements that are reported from other sources, but that differ from the original or do not account for the latest editorial changes. There are three differences between RIA Novosti and Tvnet’s article: the title, one paragraph, and graphics. Tvnet’s article was titled, “Vejonis: Europe has begun to understand that its defense can not rely solely on the U.S.” But RIA Novosti reported the address under the title “President of Latvia: U.S. will not protect Europe from Russia.” Moreover, RIA Novosti added a paragraph citing American expert Ted Galen Carpenter from the Cato Institute, arguing that “Washington and NATO continue to turn Moscow against themselves.” Carpenter noted that “Norway recently asked to double the amount of American troops on their territory in order to place armed forces closer to the border with Russia.”

As found in a report published by the Centre For East European Policy Studies in Latvia, many pro-Russia media operate in Latvia and promote Kremlin-friendly messages that resonate with local Russian-speaking populations. Among such media is the newspaper Rossiskaya Gazeta, news agencies RIA Novosti (including Russia Today, or RT), and ITAR TASS. TV channels available in the country include Russia Today, TVc, MIR TV, RTR, Pervy Kanal, and Golos Rossiji. These media outlets use narratives that stir pre-existing sentiments within the Russian population, such as the “Second World War victory cult” (Kremlin-cultivated propaganda that the Second World War ended with victory over fascism), and anti-Western sentiment. Research suggests that local media cannot effectively compete with financially stronger Russian TV channels.

The timing of the RIA Novosti article on the NATO conference indicates that the Kremlin is seeking to undermine the head of Latvia and the state’s allies before the NATO summit in Brussels. Russia’s state news agency is known for relying on a different set of experts than other media do, discrediting Latvian institutions and its transatlantic alliances, and pushing a pro-Kremlin narrative. It is likely that similar, distorted articles will follow as the summit unfolds.