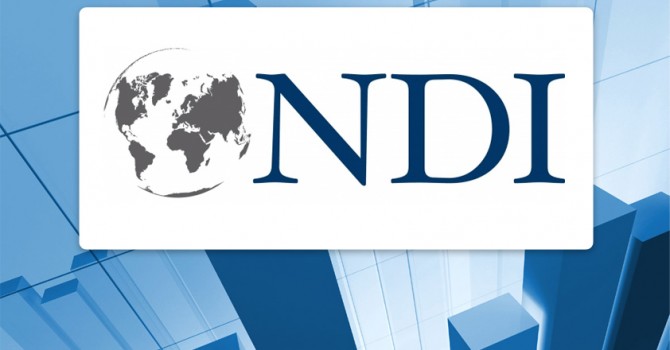 The National Democratic Institute (NDI) released the results of their most recent public opinion survey in Georgia regarding major issues surrounding the country, its foreign policies, efficiency of the government’s work, and political propaganda.

The fieldwork for the survey was carried out from November 29th to December 19th, 2017 throughout the regions of Georgia, excluding the occupied territories of Abkhazia and South Ossetia. 2,298 face-to-face interviews were conducted based on a sampling selection. The NDI survey was conducted by CRRC-Georgia. The average margin of error is +/- 1.9%.

According to the NDI survey, 30% of respondents believe that political propaganda is common in Georgia. 53% disagreed and 17% did not answer the question.

To the question about Russian/US/EU propaganda, the results were:

29% believe that propaganda promoting the European Union exists in the country, 45% disagreed with this opinion, and 26% did not answer the question.

28% believe that there is propaganda coming from the United States. 44% did not agree with the opinion and 28% did not answer the question.

Respondents were given the definition of propaganda as “an attempt to spread information especially of a biased or misleading nature, to promote a positive image of a specific country, justify its actions and create a negative image of the opposing countries.”

Out of the 29% of interviewed respondents who believe that there is a propaganda from the European Union, 66% thinks it is spread via Georgian TV channels, 31% thinks propaganda reaches society through the Internet and social media. 23% of respondents believe political parties bring propaganda to the public, 11% blame society, and 8% claims foreign TV Channels are responsible for spreading propaganda.