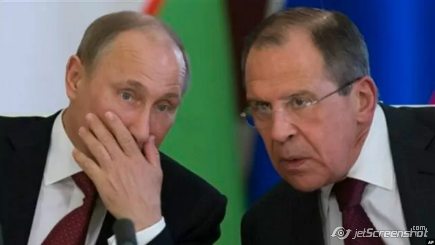 Military experts loyal to the Kremlin are increasingly recognizing that Russia does not have the resources to implement President Vladimir Putin’s ambitious geopolitical plans. However, Moscow leadership is seemingly no longer capable of listening to rational arguments.

In one instance, toward the end of July 2022, several experts from the Military Review website, which is closely tied to the Russian Ministry of Defense, warned that to switch to a full-scale offensive in Ukraine, Moscow would have to double or even triple its troop numbers, and it might not have enough resources for sustaining such a campaign (Тopwar.ru, July 23).

Similarly, popular pro-Kremlin military commentator, head of the Center for the Study of Public Applied Problems of National Security and former GRU colonel Alexander Zhilin harshly criticized Russia’s new naval doctrine. On July 31, Putin personally signed a decree approving the doctrine, explaining that, from now on, “the zones of Russia’s national interests” include the Arctic waters; the Black, Okhotsk and Bering seas; as well as the Baltic and Kuril straits (Svoboda.org, July 31).

Zhilin, in turn, called the doctrine “very costly” and unrealistic; for its implementation, “the Russian economy needs to be increased manifold.” The expert also noted that the construction of Russian naval bases “around the world” is extremely difficult “due to confrontations with a huge number of countries.” In addition, according to Zhilin, Russia does not have the funds to build aircraft carriers, since this would require “rebuilding the entire shipbuilding industry” in the country at the cost of “trillions” of rubles (T.me, August 4).

A Yale University report reinforces this assessment, finding that “business retreats and sanctions are catastrophically crippling the Russian economy” (SSRN, July 20). This is in line with earlier independent analyses by Russian experts predicting a budget deficit for at least four years and a shortfall of 6 trillion rubles ($96.8 million) for the Russian Treasury (Тelegra.ph, June 27).

However, it seems that Putin has no plans to heed the advice of even his most loyal military experts. One explanation for the inadequate and costly plans leading to increased confrontation with the West may be Putin’s sincere belief that such a confrontation is the only way to strengthen Russia’s state sovereignty.

The theory that “restoring” and protecting Russia’s sovereignty is Putin’s “historical mission” was developed long before Moscow’s invasion of Ukraine (Еvrazia.org, December 23, 2011). However, the doctrine justifying the peremptory connection between “sovereignty” and war was created after the full-scale hostilities had begun.

In particular, Russia’s propagandists began claiming that the invasion of Ukraine is a “war for independence”—vital for Moscow to gain freedom from the “Anglo-Saxon yoke” and to stop Russian elites from continuing to plunder their country for the West’s benefit (YouTube, June 17). The ideologists did not bother explaining how the destruction of Kyiv is connected to ending the colossal corruption that has flourished under Putin.

In the first few months of the war, this theory was not popular. Much of the propaganda framed the invasion as necessary to “defend the oppressed brothers” and shield Russia from the “Ukrainian threat.” These narratives and others were contained in manuals prepared by the presidential administration for the Kremlin media (Meduza, August 4) and in school lesson guides on the war in Ukraine (Novaya gazeta, February 28).

As the war progressed, justifying it as a “battle for sovereignty” against neocolonialism seemed to gain favor among the Russian elites and with Putin himself. For example, at the end of April 2022, Russian Foreign Minister Sergey Lavrov said, “Russia’s military operation in Ukraine contributes to the liberation of the world from the neocolonial oppression of the West” (Kommersant.ru, April 30). In June, Putin spoke about the need to “ensure state sovereignty.” He stated that “a country can be either a sovereign or a colony,” and without sovereignty, “it has no chance of surviving in a tough geopolitical war” (Izvestia, June 9).

In late July 2022, at a forum meeting of the Agency for Strategic Initiatives, Putin reiterated that “the neocolonial model of the dominance of global elites is over” and “only truly sovereign states can ensure high growth dynamics” (Interfax, July 20). It is significant that propaganda sites, while developing the Russian leader’s theses, came up with the justification that the war in Ukraine has turned out to be vital for Russia’s “sovereignty,” since it gave rise to a global conflict with the West. This conflict, they allege, creates opportunities for abandoning offshores, “giving Russia a chance to get out of the fetters of economic enslavement more quickly” (ЕADaily.com, August 1).

Also in July 2022, the pro-Kremlin REGNUM news agency ran a feature article bluntly stating that “sovereignty is war.” According to the author, the sovereignty of any state means the ability “for a permanent mental war through the creation of its own patterns of mobilization and a pretext for expansion.” This war, in turn, is propaganda, in which “the enemy is always morally inferior, while we are always morally great, unique, and therefore have ‘the right’ to act as we will.” Meanwhile, the “enemy” does not have the right to any actions due to the “lack of morality.” Further, the author substantiates that “spiritual sovereignty is achieved … only by methods of total mental warfare that affect the sphere of emotions of one’s own and other people’s population” and states that the main “patron of the sovereignty strategy” is Putin himself (REGNUM, July 26).

This text could be considered a private opinion of one person, but most of its postulates are regularly heard from Russian officials and top propagandists. Given the actions and words of Putin himself, one can reasonably assume that such theories are only created to provide an ideological justification for the real frame of mind prevailing among Russian elites. Against this background, the Kremlin premier’s unfounded claim to “global leadership,” while disregarding the country’s real capabilities, becomes understandable (Izvestia, June 9). It seems that war and confrontation are beginning to form a renewed keystone for the Putin regime.