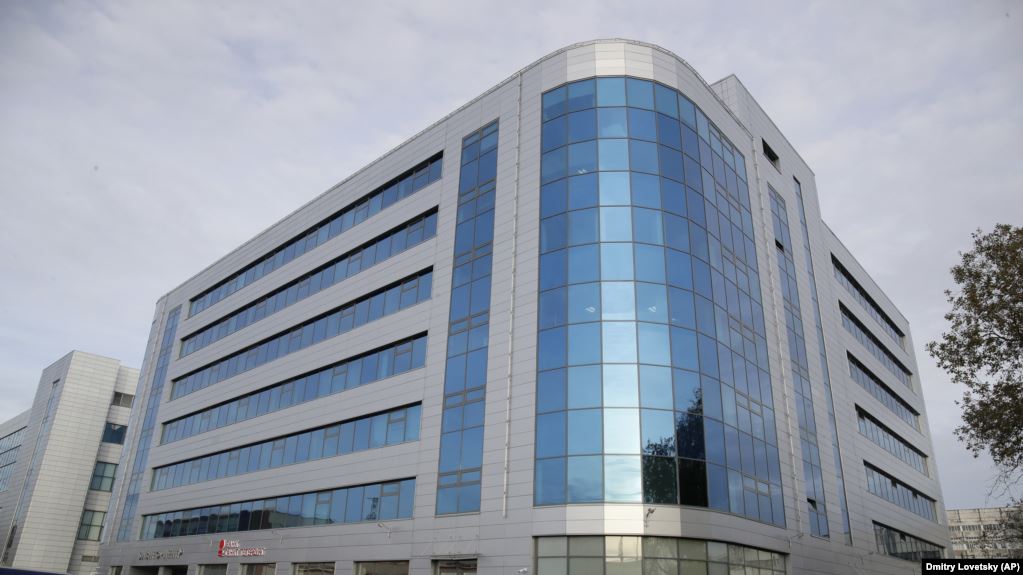 On Monday, September 30, the U.S. Treasury Department Office of Foreign Assets Control (OFAC) announced it had taken action against Russian actors who attempted to influence the 2018 U.S. midterm elections.

“Today’s action targets four entities, seven individuals, three aircraft, and a yacht that are all associated with the Internet Research Agency (IRA) and its financier, Yevgeniy Prigozhin,” the OFAC announced.

According to the OFAC, the IRA carried out a “variety of activities,” including using “fictitious personas on social media” and spreading false information “in an effort to attempt to influence the 2018 U.S. midterm elections and try to undermine faith in U.S. democratic institutions.”

The U.S. Treasury Department statement said it did not find “foreign actors” had “prevented voting, changed vote counts or disrupted the tally of votes.”

This is significant. Anna Bogacheva, on the US sanctions list for running Prigozhin’s troll factory in St Petersburg, was previously linked to the neo-nazi group Russky Obraz, the political wing of the murderous group known as BORN.https://t.co/4e6up2xGED

The other two, Denis Kuzmin and Igor Nesterov, were placed on the SDN list for the first time.

To further ratchet up pressure on Prigozhin, commonly referred to as “Putin’s Chef,” the OFAC also is targeting the front companies used to manage the Russian businessman’s luxury properties.

Those front companies are:

OFAC noted it had identified Prigozhin’s aircraft and vessels to serve as a warning not to provide “landing rights or other general services to them,” as any such service provider would “run the risk of facilitating or supporting Prigozhin’s nefarious activities” and thus be subject to sanctions.

In response, the Russian Foreign Ministry issued a statement saying the “stupid game of sanctions” had resulted from political turmoil in the United States.

Sputnik ran a news item on September 30 claiming related probes into the election meddling allegations had “failed to find evidence pointing to any Russian interference in the US election.”

Regarding Russian interference in the 2016 U.S. presidential election, Russian state media and officials have regularly mischaracterized and/or denied the results of the 2017 to 2019 Special Counsel investigation, popularly known as the Mueller investigation.

As previously reported by Polygraph.info, former U.S. Department of Justice official and FBI Director Robert Mueller was named special counsel — tasked with investigating “any links and/or coordination between the Russian government and individuals associated with the campaign of President Donald Trump.”

The Mueller investigation resulted in more than three dozen criminal indictments, as well as guilty pleas and four prison sentences.

Among those indicted were 12 Russian military intelligence officers charged with hacking the Democratic Party’s computers, stealing their data and publishing that information to “interfere with the 2016 U.S. presidential election.”

A letter from U.S. Attorney General William Barr to ranking members of the U.S. Senate Committee on the Judiciary noted that “Russian government actors successfully hacked into computers and obtained emails from persons affiliated with the Clinton campaign and Democratic Party organizations, and publicly disseminated those materials through various intermediaries, including WikiLeaks,” leading to the indictments.

The minority members of the U.S. House of Representatives Permanent Select Committee on Intelligence in March 2018 outlined the breadth of activities carried out by the IRA across social media platforms. The minority members, at the time Democrats, concluded “more than 11.4 million American” social media users were exposed to Facebook advertisements and on Twitter there were “288 million impressions of Russian bot tweets.”

As for the 2018 midterm U.S. elections, in October of that year the U.S. Justice Department charged Russian citizen Elena Khusyaynova for her alleged role in a Russian conspiracy to interfere in the U.S. political system.

Khusyaynova was the chief accountant for “Project Lakhta,” which was accused of conducting “information warfare against the United States.” That project was allegedly funded by Prigozhin and two companies he controls, Concord Management and Consulting LLC and Concord Catering, which are also under indictment for election meddling.

Continuing with scripted trolling, Elena Khusyaynova urges all citizens of the world to help Americans elect better politicians.
[For someone who claims to know nothing about DOJ charges against her, Khusyaynova sounds pretty certain that election interference can yield results.] pic.twitter.com/Zb8sRYzwDy

The nature of Khusyaynova’s activities and detailed accounts of funding for Project Lakhta are outlined in the indictment.

A number of news organizations and mid-term candidates alleged interference in 2018 campaigns and voting systems through hacking and/or phishing attacks by Russians.

According to @thedailybeast, Russia’s GRU intelligence agency targeted Sen. Claire McCaskill using a variant of the same password stealing technique used by Fancy Bear when they hacked John Podesta. It does not appear they were successful in their attempt to hack McCaskill. pic.twitter.com/AKbgQDngFh

Another Putin critic, Sen. Jeanne Shaheen, was repeatedly targeted by Russian hackers. An individual impersonating a Latvian official also attempted to set up a meeting with Shaheen to discuss sanctions against Russia.

Shaheen is on the Kremlin’s so-called black list drawn up in response to U.S. sanctions against the country.

In July 2018, Tom Burt, Microsoft’s vice president for customer security and trust, said that Russian hackers had targeted three candidates running in the mid-term elections that year via a phishing attack using a false Microsoft domain.

Those attacks, viewed as precursors to the 2020 presidential election, are reportedly ongoing.

Polygraph.info therefore finds Sputink’s claim, that investigations into election meddling failed to find evidence of Russian interference in U.S. elections, to be false.