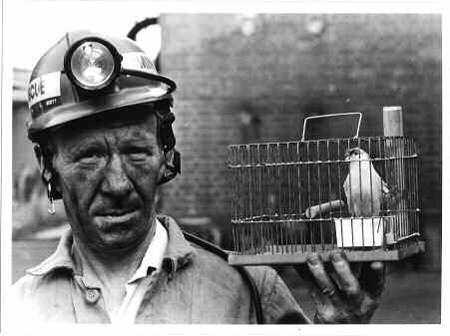 Authoritarian regimes have seemingly learned how not to stifle freedom of speech completely, using censorship or administrative strictures to send signals about the acceptability or unacceptability of criticism on specific topics. In the peculiar circumstances of the counterintelligence state, however, an interest in how the state functions can itself be regarded as dissent, Vasily Gatov wrote for The Moscow Carnegie Center.

Over the past few years, it has become popular among political scientists, analysts, and the military to dub any complicated and complex process “hybrid.” Complex military operations are now “hybrid wars,” electoral authoritarian countries, “hybrid regimes,” and mass media distributed on multiple platforms, “hybrid media organizations.”

The news for Friday, May 13, fully reflected the clash between different hybrids in the Russian public space. The dismissal of the top editors at RBC, a hybrid mass media organization that had become the main public affairs outlet under a hybrid regime engaged in a hybrid war with the western world, was a practical manifestation of the strange realm that has taken shape in our country and a continuation of its logical evolution or degradation.

Common Sense as a Measurement
RBC’s top editors, Elizaveta Osetinskaya, Roman Badanin, and Maxim Solyus, who left the company “by mutual agreement,” had done the impossible in the space of two years. Along with the team they assembled, they turned an important, major media outlet with serious image problems into an exemplar of high-quality, ethically motivated, high-impact journalism.

Moreover, writers and editors with different views peacefully coexisted at RBC. I never once heard the term “liberal terrorism,” which conservatives and patriots love to mention, applied to RBC. High-quality editorial work means just this: maintaining high standards in news production while fulfilling one’s mission to the community by supporting investigative reporting and representing a spectrum of opinions through individualized public affairs, op-ed journalism and personalized, presenter-driven TV programs.

It is difficult to maintain academic objectivity when the latest round of “personnel changes” has put an end to yet another media outlet that was faithful to its professional mission. It is difficult but necessary: the emotional or partisan mode of reacting inevitably exaggerates the weight of momentary, politically motivated explanations of events. Yes, the easiest way of interpreting the firing of RBC’s editors (and, apparently, the exodus of its editorial staff) is as the consequence of their having published articles and investigative reports that directly violated Putin’s strictures on the privacy of his family life. However, this explanation, even if the editors themselves proudly accept it, is neither exhaustive nor sufficient for understanding the full complexity of hybridity.

Over the past sixteen years, journalists and their workplaces, media outlets, have been the key enemy of the system of political power emerging in Russia: not only “opposition” and “liberal” journalists but basically all journalists who approached their work with at least a minimum of regard for professional and ethical standards. Media organizations are the only segment of business (and politics) towards which the Putin administration has applied, with varying intensity, a scorched earth policy from day one to the present day.

Since the days when Walter Lippman wrote his treatise Public Opinion, the bible of ethical journalism, we know that the basis of the journalist’s profession is serving the public interest through the opportunities provided to journalists by the specific status accorded to them by law. In all societies, except totalitarian dictatorships, the public interest is always diverse and multifaceted. Some people need confirmation that the course set by their leaders is the right one. Others find it vital to take a critical, analytical approach to current policy. Still others want the salacious details and shabbiness that enables them to affirm their overall contempt for the authorities. And this is not the full range of interests. The public interest and the work of media to satisfy it are, in a way, a means of measuring reality against common sense. It is this simple principle that explains the presence of freedom of speech and self-expression among the basic civil and political rights.

The greater the discrepancies between political and economic reality and common sense, the more critically and meticulously journalists and the media should treat such aberrations. This is a means of subjecting societies (true, only democratic societies) to self-reflection and self-cleansing. (I have in mind the term “self-questioning,” which is hard to translate into Russian). Although, in recent decades, even authoritarian regimes have learned from the mistakes of their predecessors not to stifle free speech entirely. The growing criticality of the media has become a signal to them that they need to correct, mitigate or change policy; it has been a kind of canary in a coal mine. In turn, as Haifeng Huang, a professor at University of California, Merced, has argued in his paper “Propaganda as Signaling,” authoritarian regimes make vigorous use of censorship or administrative strictures (such as firing editors) as a tool to signal society about the acceptability or unacceptability of criticism on certain topics.

It is now utterly clear the Russian regime that took shape between 1999 and 2015 has no need of any “canaries.” Vladimir Putin, who, ironically, was speaking at the anniversary of VGTRK (All-Russia State Television and Radio Broadcasting Company) literally when the news of the firing of RBC’s editors was reported, expressed his basic expectations for the media. He spoke of the media’s role of “communicating our […] work” several times. Moreover, the current Russian state has nothing to signal anymore. It really is tired of the fact that journalists have the desire to explore and investigate something other than the alleged treason of opposition figures.

Independence Is Worse than Opposition
The fate of RBC (as well as all the other onshore Russian media that have attempted to have an editorial policy independent of the need to “communicate our work”) was preordained not in 2011, when Vladimir Putin, concerned about the weakness of his handpicked successor, decided to return to the presidency, nor even in 2002, when the Law on Media, which until then had been preserved in its original 1991 redaction, was opened up for amendments on direct orders from the president.

The expulsion of dissent in any shape and size from the public mind was preordained when Vladimir Putin was appointed head of the Russian Federal Security Service (FSB) [in 1998] and the restoration of Andropov’s counterintelligence state was launched. The difference is that dissent, in this concept of the state, does not consist in criticizing the regime’s political practices, as Soviet dissidents did. Dissent now consists in the selfsame public interest in why and how the state functions, as described above. Dissent now consists in shaping an interest in the personal lives and personal businesses of state officials, including those of the head of state.

Robert Pringle, a professor at the University of Kentucky and one of the CIA’s principal specialists on the late Soviet Union, described this model in two significant articles (Robert W. Pringle, “Andropov’s Counterintelligence State,” International Journal of Intelligence and CounterIntelligence 13.2 (2000): 193–203; Robert W. Pringle, “Putin: The New Andropov?” International Journal of Intelligence and CounterIntelligence 14.4 (2001): 545–558). Andropov was himself an ascetic and an opponent of corruption, but he consistently and quite harshly took on anyone who had the courage to focus on the late Soviet regime’s corruption and moral decay.

Yuri Andropov’s construction of the counterintelligence state between 1967 and 1984 was dictated by the need for total control over all “mass information processes.” The KGB’s Fifth Directorate saw no difference between a single copy of a seditious text and an attempt to mimeograph a dubious work. Both were regarded as unambiguous challenges to the CPSU’s monopoly on power. Perhaps what lay at the heart of the counterintelligence state was the animal fear experienced by Andropov in Budapest in 1956, when the future KGB chief and Soviet leader watched from the Soviet Embassy as the Rákosi regime collapsed.

Reinforced by the Arab Spring, “orange revolutions” took the place of Budapest 1956 in Putin’s worldview, while dissidents were replaced by journalists, who did not swear allegiance to the regime and did not take its money. (The Fifth Directorate saw the former as voluntary assistants, and the latter as paid agents, who could always be blackmailed by producing signed receipts for their “fees.”). Even the political opposition, whose size and and impact, except for the brief period from 2011 to 2012, the Kremlin has always understood and monitored, has not been such an unambiguous, despised target as independent, mission-driven journalism.

The mystical “Revision Number Six” (2000) describes journalists and the media as equal, if not greater, enemies of a regime that would turn Putin into the permanent and irremovable “leader of the country, thus enabling a long-term policy for consolidating and strengthening the state.” Among the possible secret areas of operations to be pursued by the Russian Presidential Administration, “Revision Number Six” lists not only gathering information on all journalists who cover Russian domestic and foreign policy but also subjecting them and the media to direct and indirect pressure, including forcing bankruptcies, generating organizational difficulties, and issuing threats to owners unable to control the editorial process.

Step by step, consistently and steadily, the Putin administration has squashed all more or less large-circulation, mass-audience media, not even because they were in opposition to it, but because they were independent of the Kremlin’s direct and indirect guidance on what could and could not be brought up for public discussion. Alternatives remain, of course, from Vedomosti to Slon, from TV Rain to Meduza. But looking back at yesterday, literally and figuratively, we can say with certainty that journalism, as an organized process based on editorial independence and a sense of public mission, is politically doomed in today’s Russia.

The regime’s hybridity is rapidly short-circuiting, a process described by Hannah Arendt.

“Totalitarian propaganda can outrageously insult common sense only where common sense has lost its validity. Before the alternative of facing the anarchic growth and total arbitrariness of decay or bowing down before the most rigid, fantastically fictitious consistency of an ideology, the masses probably will always choose the latter and be ready to pay for it with individual sacrifices—and this not because they are stupid or wicked, but because in the general disaster this escape grants them a minimum of self-respect.”*

Until yesterday, RBC’s editorials boldly and recklessly challenged (at least, outwardly) this circle of silence and emptiness around common sense. RBC’s investigative reports, analytical articles, and expert publications were the quintessence of common sense, not acts of information warfare or the intrusion of a “flu-stricken nose” into healthy public space. They manifested the quixotic desire to be the agent of public, civic interest in how the state is organized, and why and where it must change.

It is really pointless for the counterintelligence state to fight suspicion and thievery, official lawlessness and the use of power for personal gain, not because it does not want to improve, but because when someone points out where things must be improved, the counterintelligence state regards it as an act of aggression, as something more dangerous than current shortcomings.

By Vasily Gatov, for The Moscow Carnegie Center

Translated by The Russian Reader

Vasily Gatov is a visiting researcher at the Annenberg School for Communication and Journalism at the University of Southern California. Translated by the Russian Reader. Photo courtesy of Tænketanken. Thanks to Comrade MT for the heads-up