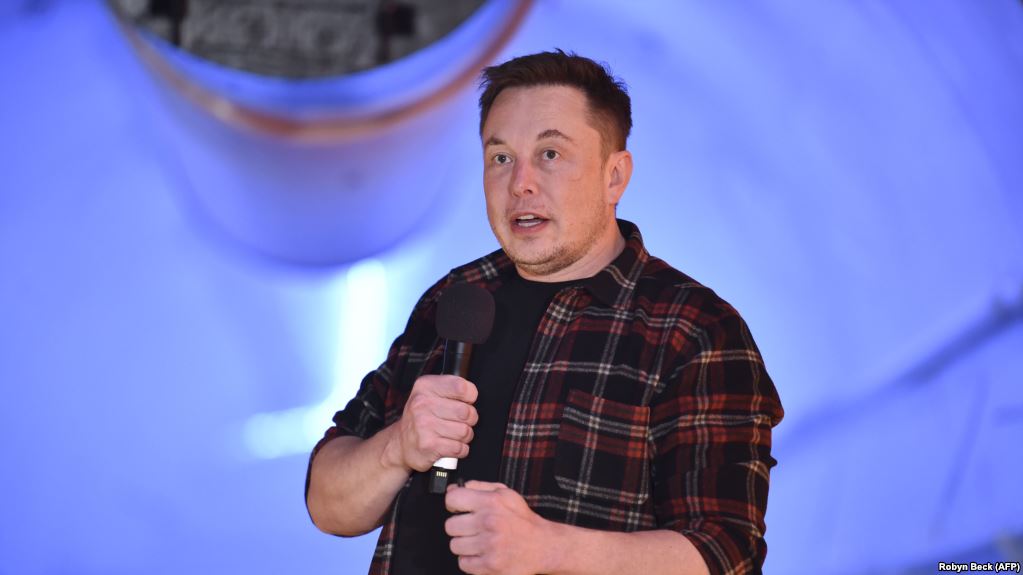 Elon is ours! Musk, who suddenly spoke Russian, is now under suspicion: who is he – the Kremlin’s agent, Stierlitz or a victim of the Russian hackers?”

Speaking Russian does not make one a Kremlin spy

Russia’s third largest TV channel NTV recently tweeted a video at Elon Musk showing a rear-driving car, modified by a young student in the southern Stavropol region, asking, “How do you like this?” He replied, “Хаха офигенно” [Haha freaking cool] — in Russian.

The brief interaction caused a storm of media headlines and trended on social media in Russia for several days, with prominent figures half-jokingly claiming Musk was Russia’s spy who has just burned his cover. “Ours,” they crowed.

Many compared Musk with the fictional Soviet spy in the fascist Germany, a KGB agent posing as SS officer Max Otto von Stierlitz during the final days of the Third Reich.

The numerous responses including NTV’s own posts threw in the Russian possessive pronoun “Наш” [Ours], giving a base for this fact check even if the claims seemed to be mere jokes.

*Note: In Russian, pronouns have forms, in gender the letter “a” added to the end i.e. “nasha” (in Cyrillic Haшa) signifies “female” while “nash” (Haш in Cyrillic) is a male; and the letter “i” at the end shows it’s plural (Наши — nashi).

“Although the third-person possessive is used in this way in other countries as well, I have noticed over the past quarter century that it is used much more often in Russia than elsewhere,” Mark Kramer a Harvard University professor told Polygraph.info.

“Journalists and scholars in Russia routinely use ‘nashi’ when referring to ‘rossiiskie’ (Russians) and sometimes they’ll use just ‘nashi,’ as in ‘amerikanskie voiska’ (American troops) versus ‘nashi’ or ‘inostrannye studenty’ (foreign students) versus ‘nashi.’ Because of this cultural trait, the use of ‘nashi’ in propaganda slogans seems perfectly normal,” Kramer noted.

“In essence, we can think of ‘nashi’ (ours) vs. ‘chujie’ (aliens), as a simplified method for mass consumption of creating a mental map of kinship, ownership and cohesion too,” Dr. Kiril Avramov, fellow at the Intelligence Studies Project at the University of Texas, told Polygraph.info.

Claiming ‘ownership’ over foreign celebrities – such as in the case of Musk, or foreign land – КрымНаш (Crimea is ours, most popular in 2014), ДонбассНаш (Donbass is ours), СирияНаша (Syria is ours) foreign politicians – i.e. ТрампНаш (Trump is ours, most popular in 2016) – is nothing new in Russia. On the contrary – over the two decades of President Vladimir Putin’s reign the word [наш] in its various forms has become paramount in the Kremlin’s domestic propaganda and a key social magnifier.

The Russian hashtag for this idea is #ТрампНаш (Trump is Ours). It’s an echo of the hashtag that became popular in 2014– #КрымНаш, which means Crimea is Ours. https://t.co/oqgcFPYbH3

Today using [наш] is a declaration of one belonging in a “right” side of the Russian society – being patriotic and proud of his country and supportive of his government, which also means being pro-Putin.

The term “nicely fits with the craft of ‘weaponized narratives,’ where ‘nashi’ are the forces of benevolence, while ‘chujie’ are the forces of ultimate corruption, chaos and evil. In sum, the word is not ‘innocent,’ as it was and is skillfully used in multiple contexts against multiple targets,” Avramov said.

As shown on the graphs, from March 2016 to January 2019, posts containing Nash and Nasha have been on the decline in the last two years, but engagement actions, reactions have started to increase in January 2019.

In Russia such possessive pronouns are “the tools for manipulation of the public opinion, as well a key characteristic of a politician, reflecting his worldview and ideology,” Dr. of Philology Maria Laskova, at the Russian Southern Federal University, wrote in the study, “Personal pronouns in the political discourse.”

“The weaponization of the term is very effective, as once it has become a popular slogan, battle cry and a cognitive signifier, it quickly became popular not only at elite level discourse (i.e. speeches, official documents), but also at mass level,” said Avramov.

The term “is inclusive enough to embrace anywhere from mass activists to Elon Musk and has proven to be a very potent tool for quick marking and targeting of everything and everyone not deemed ‘ours’ that is equated with ‘pure,’ thus casting them as ‘foreign’ thus ‘impure,” Avramov said. “Logically, the people and groups belonging to the second category do not qualify to be equal, respectful and welcome in the new Kremlin worldview.”

​Note: Elon Musk holds citizenship to three countries, none of them Russia. He grew up in South Africa, obtained Canadian citizenship after emigrating there for college and later moved to the U.S.