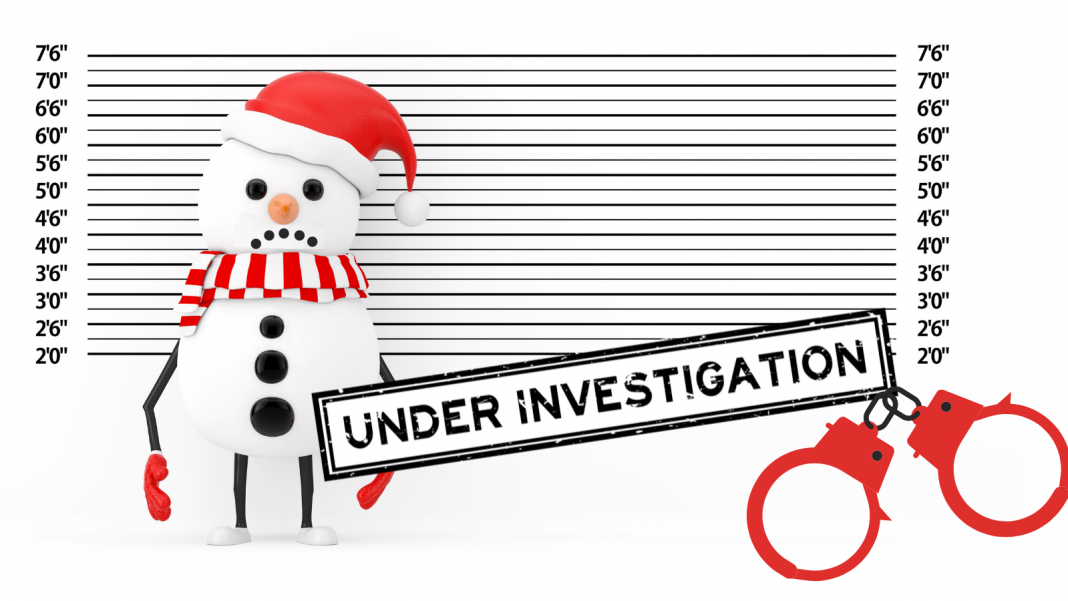 No Thaw in Belarus despite Warm Weather

Immediately after the outbreak of mass protests in Belarus following the disputed 9 August 2020 presidential elections, the historic white-red-white flag became the symbol of the protest movement. Following the widespread crackdown against protesters and independent media with over 30,000 people temporarily arrested and over 1,000 criminal cases opened, the authorities of Belarus began to punish relentlessly all public displays of the white-red-white flag.

Since autumn 2020, the Belarusian courts started convicting people for “illegal picketing” even for the minor act of displaying the flag in the windows of their private apartments. Soon, these types of convictions took a sinister turn for the worse. Below are a few of many striking examples of how the Belarusian regime is desperately trying to erase humour.

Following the crackdown, Belarusians used a variety of creative methods to bypass severe punishments for displaying the banned flag. The Belarusian authorities did not share the joke and responded harshly with fines and prison terms. The Belarusian media and human rights defenders documented plenty of absurd cases of uncompromising struggles with red and white colours in many forms.

Example one. A photo by Radio Liberty Belarus

A snowman in the yard of a private house with a red scarf on it and the inscription “Long live Belarus!” resulted in an administrative offence protocol and a court case, even if the snowman did not last in the warmer weather.

A woman was fined for hanging red and white towels and blankets to dry on her balcony. They were considered as “unregistered symbols” which amounted to an administrative offence according to the court. Another woman was detained for wearing socks of the “wrong colours” (guess which ones?) and received a large fine in court. Another Belarusian woman was prosecuted for the white-and-red stripes on her trousers.

The displaying of foreign countries’ flags with red and white colours is also punishable in Belarus. Explanations that the apartment’s owner is a Canadian hockey team fan did not help to avoid a 15-day arrest for one person. Another person who placed a Japanese flag on his balcony was also arrested. One Minsk resident was detained for exposing a TV box with white and red colours on the balcony of his flat.

For a 75-year-old woman, a photo of her holding a white-red-white marshmallow was used as evidence proving her participation in unsanctioned mass events. A police officer used as a witness against the woman in the court, a widespread practice in Belarus, stated that the marshmallow itself was a symbol of protest.

It was reported soon after the ‘marshmallow case’ that a representative of the Belarusian company owning a retail chain urged the production unit in an email to pay special attention to the confectionery and to avoid using white and red colours in the manufacture of the sweet. The company did not deny sending the email but affirmed its willingness to serve everybody regardless of political views.

One creative method used to publicly demonstrate the white-red-white flags in winter was to freeze them in natural water reservoirs. The local authorities used to immediately send communal service workers to break the ice. In other cases, the politically dangerous pieces of ice were hidden with sand.

Example 3. Communal services in the city of Baranavichy covered the flag with sand

In a similar vein, Belarusian media reported about the colour change campaign started by the public authorities. Street plates, front doors, and various public objects which were previously red-and-white were repainted into red and green, the colours of the current official Belarusian flag.

Example 4. A chimney of the Brest thermal power plant was repainted in April 2021. Photo by TUT.by

As time passed, it became difficult, but still possible, to differentiate real news about the struggle of the state authorities with political opponents from satire and political humour. This was particularly the case for one post by the Telegram channel Sovetskaya Belorussiya which was established in October 2019. Its anonymous founder(s) took the former name of the presidential administration newspaper, which is known today as Belarus Segodnya, and published short news items criticising the Belarusian opposition and activists in grotesque forms thereby ridiculing the state propaganda.

The channel posted hundreds of posts mimicking official propaganda such as:

By April 2021, the channel had gathered over 30,000 followers, around 20 times more than the Telegram account of the Belarus Segodnya newspaper which it mimicked. However, in late April 2021, the Telegram channel was suddenly intercepted by the authorities and the channel’s founder(s) stopped answering messages. Yet interestingly, the Telegram channel and its original posts have not been deleted as of late May 2021. Moreover, the state actors in control of it continue posting the content which now tries to mimic the satirical style of its founder(s), albeit not very successfully.

If the criminalisation of white-red-white socks, towels, sweets or empty boxes is ridiculous, the consequences are horrifyingly real. People have received large fines and even prison terms. Some have been beaten and exposed to inhuman treatment, like 27-year-old Andrei Parkhomenka, who was arrested for keeping the white-red-white TV packaging on his balcony. Andrei told reporters upon his release how he and other prisoners were punched in the kidneys by wardens. He spent 15 days in cold, overcrowded cells without bedding or even matrasses, lost 7 kilos, and caught COVID-19.

In September 2020, UN human rights experts issued an alarming statement saying that they received reports of 450 documented cases of torture and ill-treatment of people, including sexual abuse and rape with rubber batons.

It is a widely known fact that dictators don’t like jokes, and Lukashenka is no exception, even if he himself likes to crack a joke here and there. The Belarusian regime continues to hold onto its violent repressive machine signing just recently a law allowing Belarusian police to use firearms against demonstrators and opening a tax fraud case against TUT.by, the country’s leading independent media. Nevertheless, the Belarusian people continue fighting for their rights with humour and the EU continues to stand by the people of Belarus in their call for respect of human rights and fundamental freedoms.