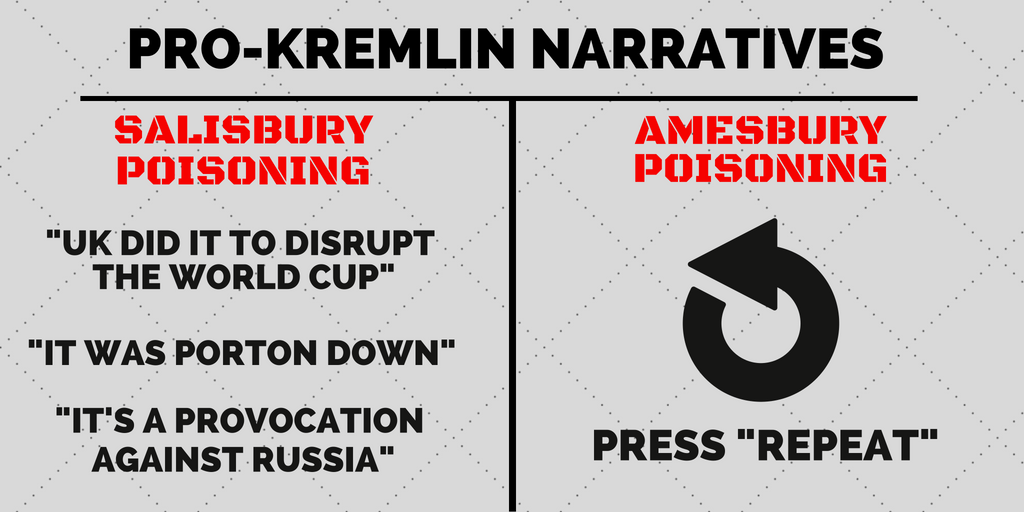 As the nerve agent Novichok – which was used to poison ex-spy Sergei Skripal and his daughter Yulia earlier this year – reappeared in Amesbury, not far from the original finding place in Salisbury, it has tragically taken a life and now prompted a murder inquiry. A couple was exposed in a way still unknown to law enforcement and on Sunday one of the victims passed away. Although this new turn of events was unexpected and is so far not seen by British police as a targeted attack, the subsequent flow of disinformation was less of a surprise.

Both from Russian state owned channels and from official Kremlin-linked accounts, there was an immediate return to spreading already well known disinformation narratives which had been generated at the time of the first poisoning with Novichok earlier this year. And just as then, the narratives were used to confuse, undermine and spread false accusations.

We saw claims that it was all about anti-Russian hysteria, that it was a distraction from the meeting between Presidents Trump and Putin and that it was a provocation by the enemies of Russia. And much like the pro-Kremlin disinformation campaign surrounding the original Skripal poisoning, some effort was put into raising suspicion about the UK’s role in the incident. Again, Porton Down (Britain’s military research base) was mentioned as the possible perpetrator of the nerve agent incidents.

And, with the World Cup still ongoing in Russia, the pro-Kremlin disinformation machinery didn’t miss the opportunity to once again state that this was merely an attempt to disturb the event, this time ‘due to the success of it, which displeased the UK’.

Students at a summer school hosted by renowned Uppsala University in Sweden were in for a surprise earlier this summer. Lecturing at the international course ’War and Peace Journalism in an Age of Global Instability’ was Vanessa Beeley, a British blogger referred to by the Russian and Syrian Governments as a credible source and independent journalist, in reality a well-known pro-Assad and pro-Kremlin public figure. She has eg visited Regime-held areas of Syria, often under the supervision of the Syrian Army. 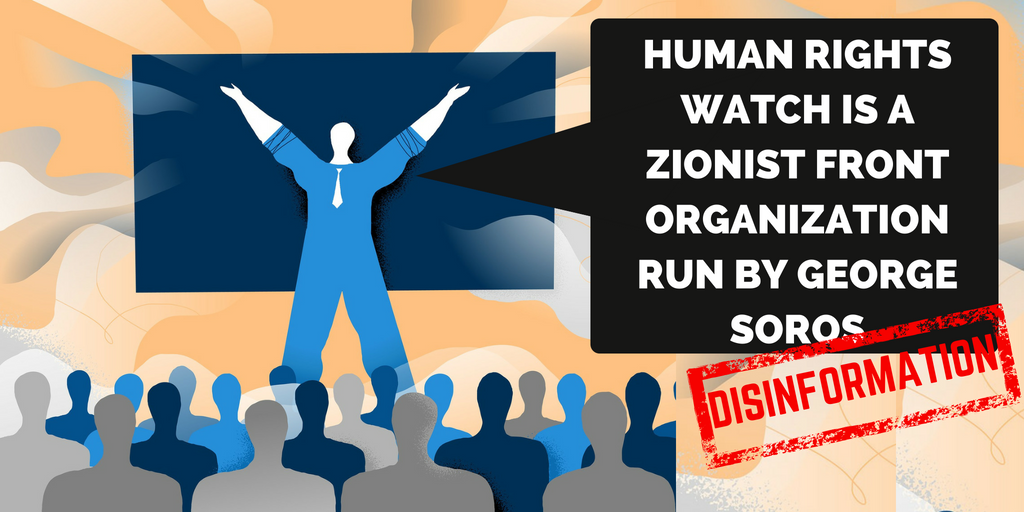 According to visiting Estonian students and professors, Ms Beeley didn’t miss a beat in following some of the main narratives in pro-Kremlin disinformation. She discredited NGOs such as Human Rights Watch, claiming it to be a zionist front organization run by George Soros. She stated that the USSR and later Russia always worked for peace in the world, and that Crimea legitimately decided to be Russian. And she called the White Helmets a terrorist organization and claimed the chemical attack in Douma never happened.

Swedish local media wrote about the incident which prompted an official apology from the University, stating that they had not been aware that Beeley had been invited by the course coordinator and that she had, in her lecture, expressed unscientific views.

We have previously written about the use of ”experts” in Russian state-owned media where Ms Beeley also appears regularly. As this incident highlights, there is also a need for academia to be watchful about the challenge of disinformation and to safeguard the integrity of academic institutions.